This week I have been mostly painting the battalion companies of the 5th Foot for my Boston 1775 collection. As an understrength unit they are another of those 18-20 figure battalions.

As you can see from the photo I have begun basing using a healthy dollop of PVA which will take a day or two to dry. The GMB flags have been assembled and the Front Rank finials painted and washed. These will be highlighted once the flagpoles are in the hands of the standard bearers.
The "gosling green" facings of the 5th have been painted with a mix of Vallejo camouflage yellow and Army Painter greenskin. Final highlight was around a 4:1 ratio. This is still a bit more green than the colour of the GMB flag but close to the various illustrations and photographs on line.
I'll now begin prepping the 47th. Yet MORE white facings!
Posted by Steve at 14:56 3 comments:

Hi all. This week has seen a fairly standard hour or so of painting each night and a couple of hours at the weekend.
I have finished the 52nd Foot as part of the Boston 1775 army: 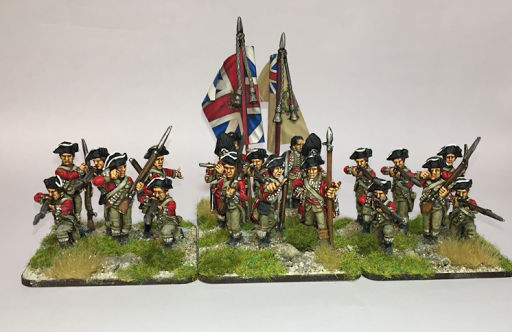 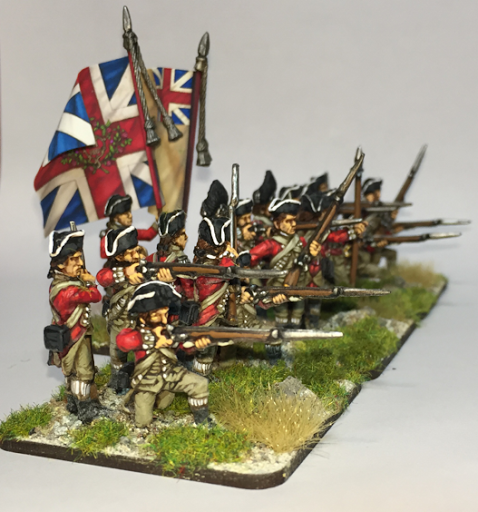 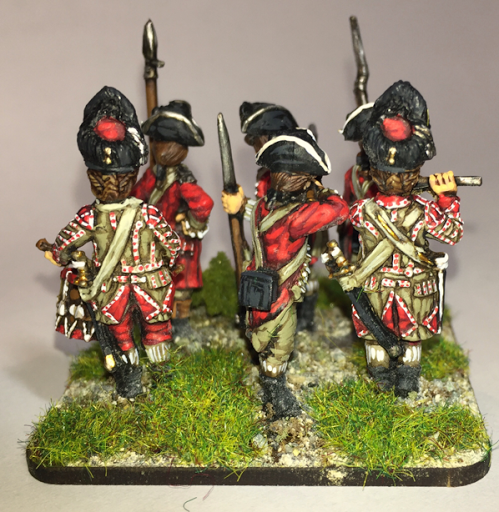 The buff colour is Vallejo german cammo beige. The red uses GW wazdakka red and Vallejo dark vermillion.
I also painted the figures for the light company of the 18th Foot (Royal Irish). The cap design is speculative based on the grenadier mitre design from earlier in the C18th and on later cap-badges. It's a harp with a crown on top: 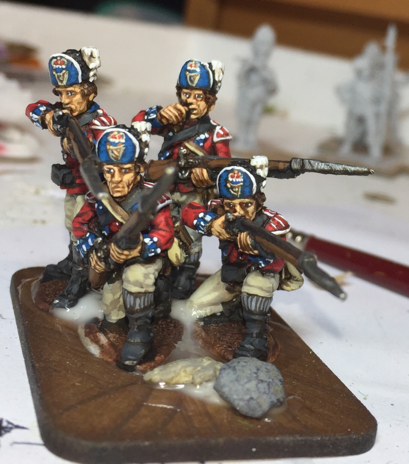 Finally, I got up early this morning to prime the figures for the 5th Foot. I'm currently using the Vallejo grey primer (74.601) which comes in a 200mL bottle. It can be airbrushed but I just brush it on. I've now used it on quite a few figures and I'm impressed so far.

Next week will therefore be all about cracking on with the 5th with their gosling green facings. After that there will be the 47th, the light infantry for Pigot's wing and more of those Old Glory command figures.
Posted by Steve at 08:15 9 comments:

This week I have been painting the 52nd Foot for Bunker Hill. Hopefully I'll finish them in the coming week and post some pictures next weekend.

I have also finished the basing on the grenadiers and light companies. There are still a few more light infantry to paint-up but the bulk of the flank companies for 1775 are now done. 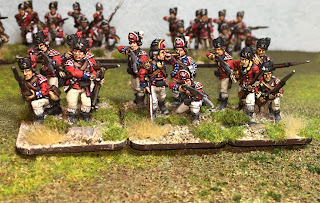 I also based-up those Old Glory dismounted high-command figures that I painted a couple of weeks ago: 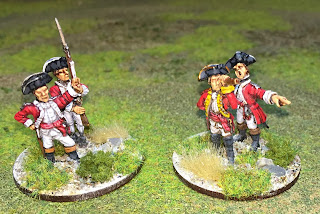 The redoubt and breastwork are finished enough to be manned! 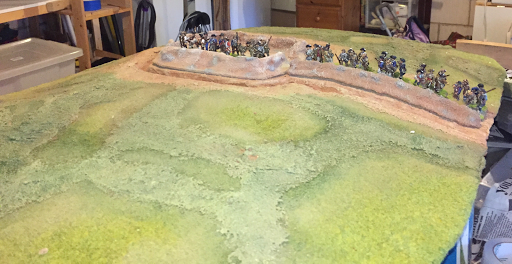 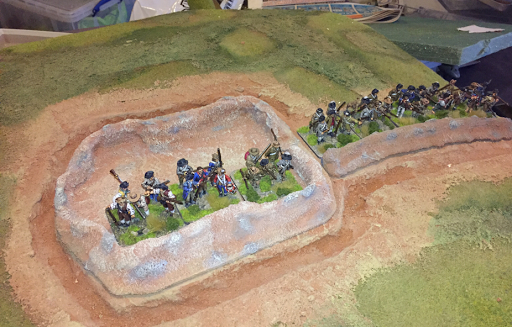 I still need to finish off by adding some tufts and patches of static grass but progress seems good. I expect I'll add some grey rock patches to the bare ground to match the fortifications too.
Posted by Steve at 14:54 6 comments:

Oh dear.
In the UK the latest trend is a rather nasty cold virus, and being such a close follower of fashion I have succumbed to its malign influence. I have been struggling along since Boxing Day and have managed to get to work but I'm now rather fed up of the whole thing.

Fortunately I had today booked off to use up some annual leave so can feel sorry for myself with the house empty of family.

Painting has proceeded in fits and starts. I have begun work on the 52nd Foot for Bunker Hill, having received the castings for the final 3 British battalions as part of my Christmas presents. I have also finished 9 of the 10 companies of light infantry for the right flank battalion. The last blister I need of light troops dropped through the letterbox yesterday so the end for that unit is in sight. This is good as it isn't exactly the cheapest formation I have ever put together. The Foundry blisters contain an unhelpful mix of firing/reloading and advancing figures. I don't need many of the latter so each £12 blister only provides 4-5 useful figures...but the finished effect is lovely. Some of the left over figures will appear as part of the "other" flank battalion but I suspect they won't look half as good so I might end up biting the bullet and buying more blisters to get firing line figures in chain helmets - but this means £60 to get a unit of 18 figures completed (and no I don't want to use Warlord plastics instead before anyone asks). The whole point of my 7-8 year plan to build-up my AWI armies is about minimising the compromises so ultimately I will do what gives me the units I am happiest with even if it costs a bit more and takes a bit longer.

Some of the above might get a roll-out at the Cannon show in Retford in April (or I might do a 1777 scenario) and I hope to have the Bunker Hill project pulled together in time for Partizan in May. The hill itself is nearing completion, so I'll need to start on the beach soon.

Today I have been taking photos to accompany an article on the 1777/8 Philadelphia campaign that I have written for the next issue of Wargames Soldiers & Strategy. Some rough shots are shown below: 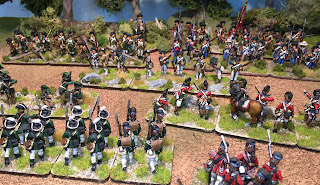 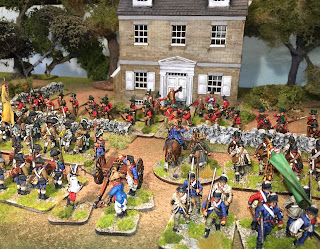 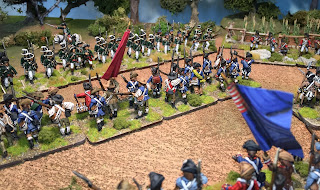 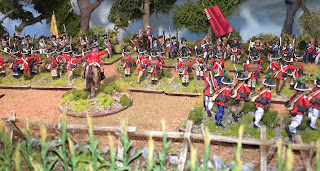 Not bad for a kitchen table and an iPhone.