I’ve reached the end of turn five and the trap has been sprung... 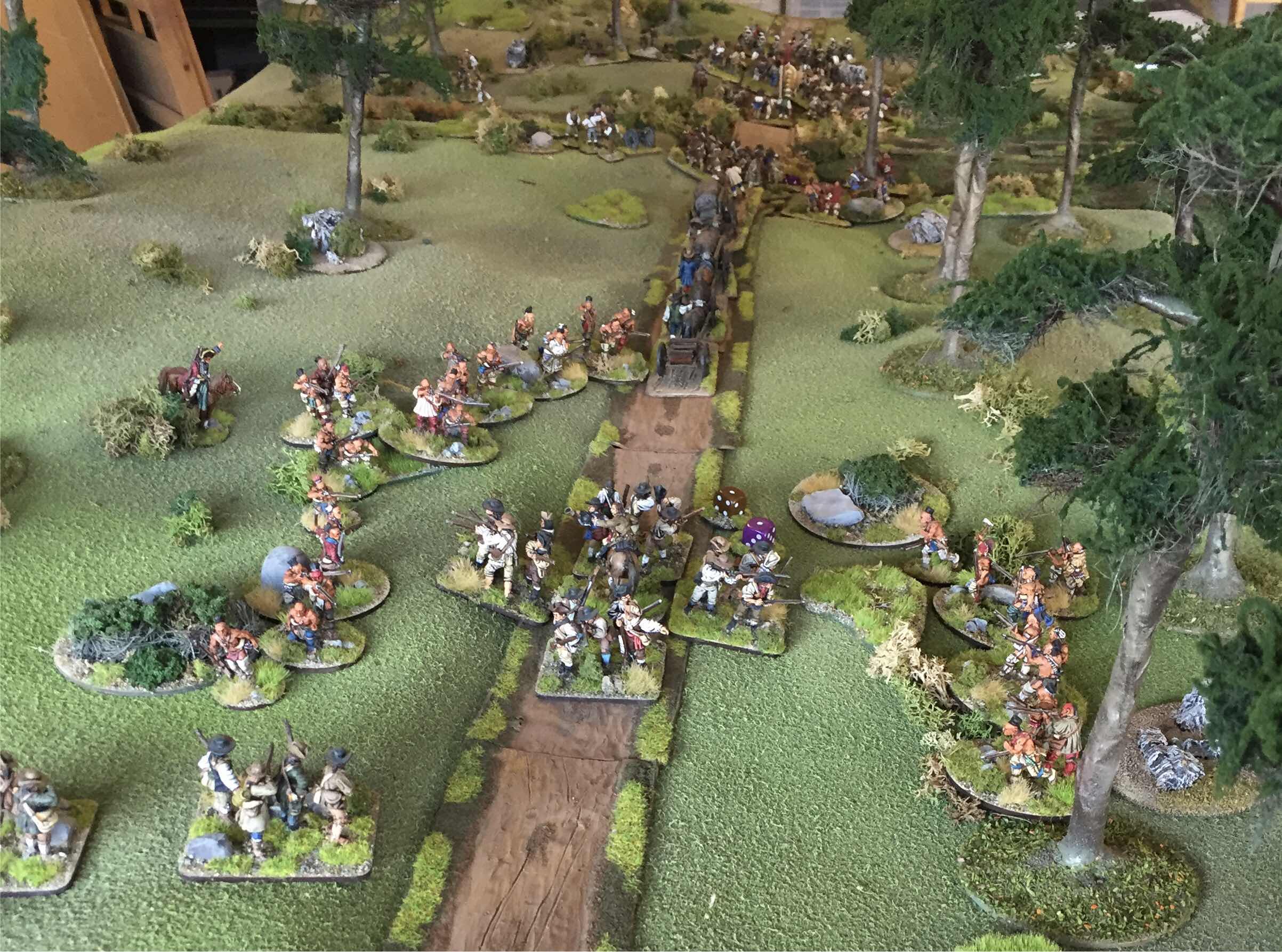 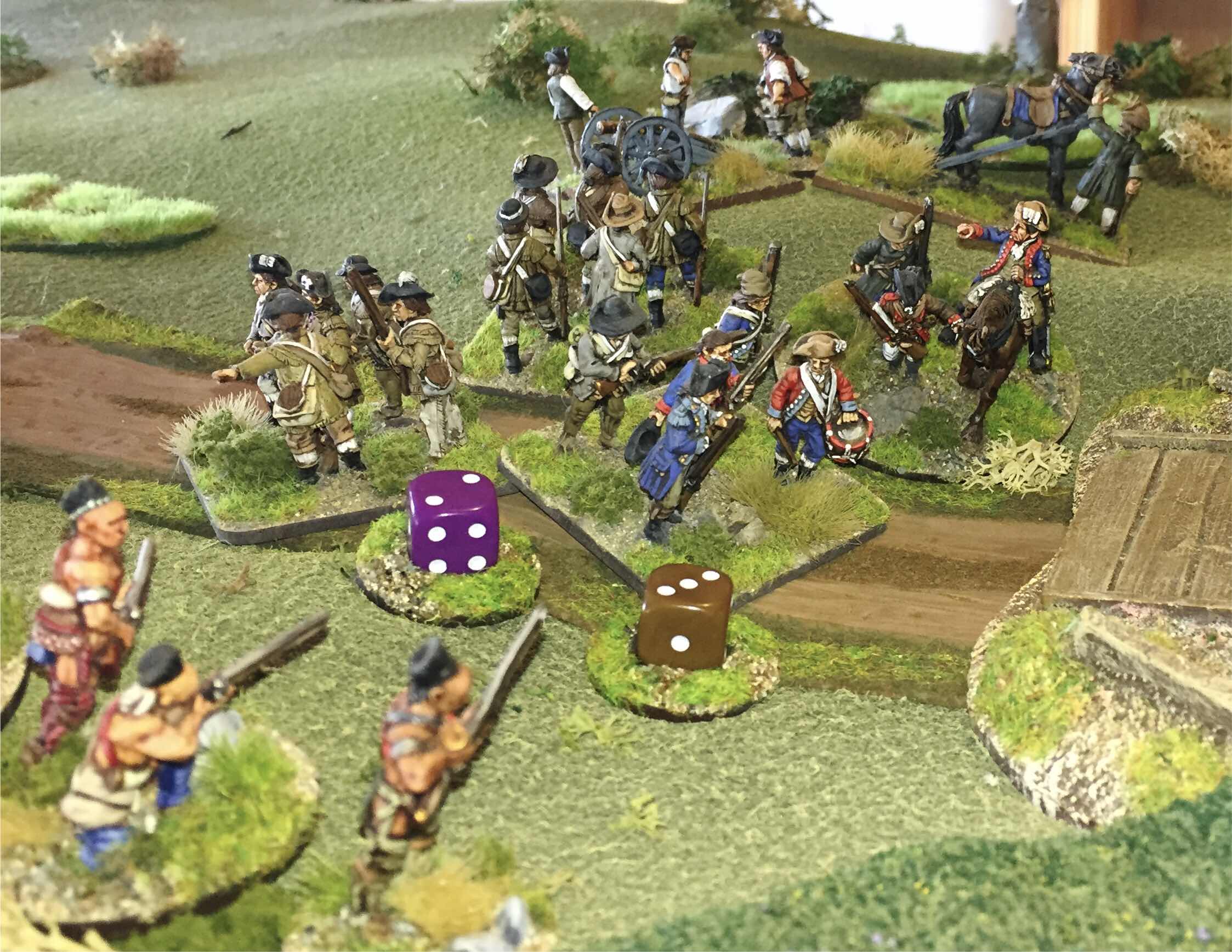 I have just set up this battle to have a go at.
The terrain cloth allows me to set up some steep slopes but they don’t necessarily show up in these photos.
The loyalists are not in the correct uniforms. I’ll eventually paint up what I need but for now the Queen’s Rangers and Ferguson’s Rifles will fill in nicely. 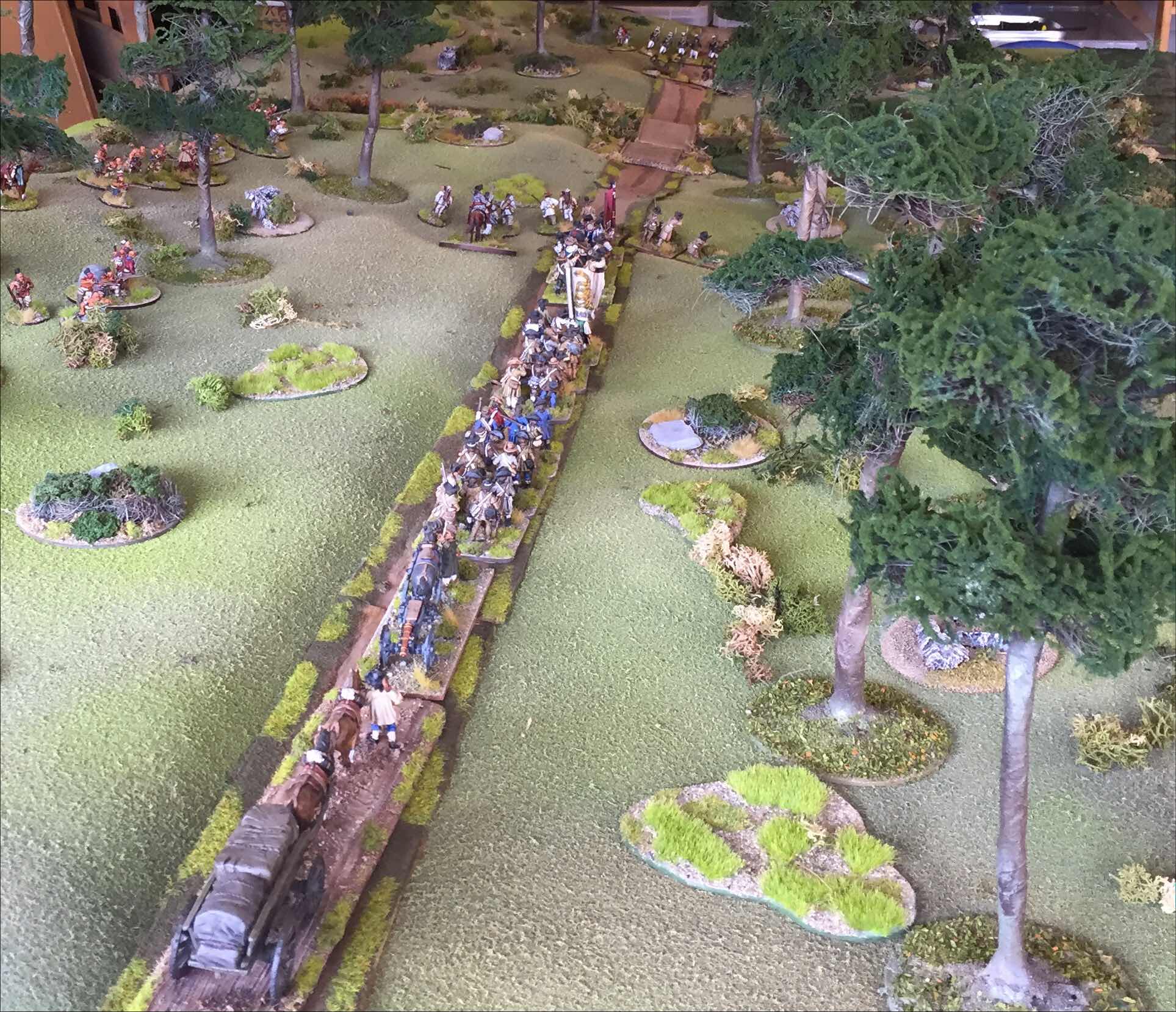 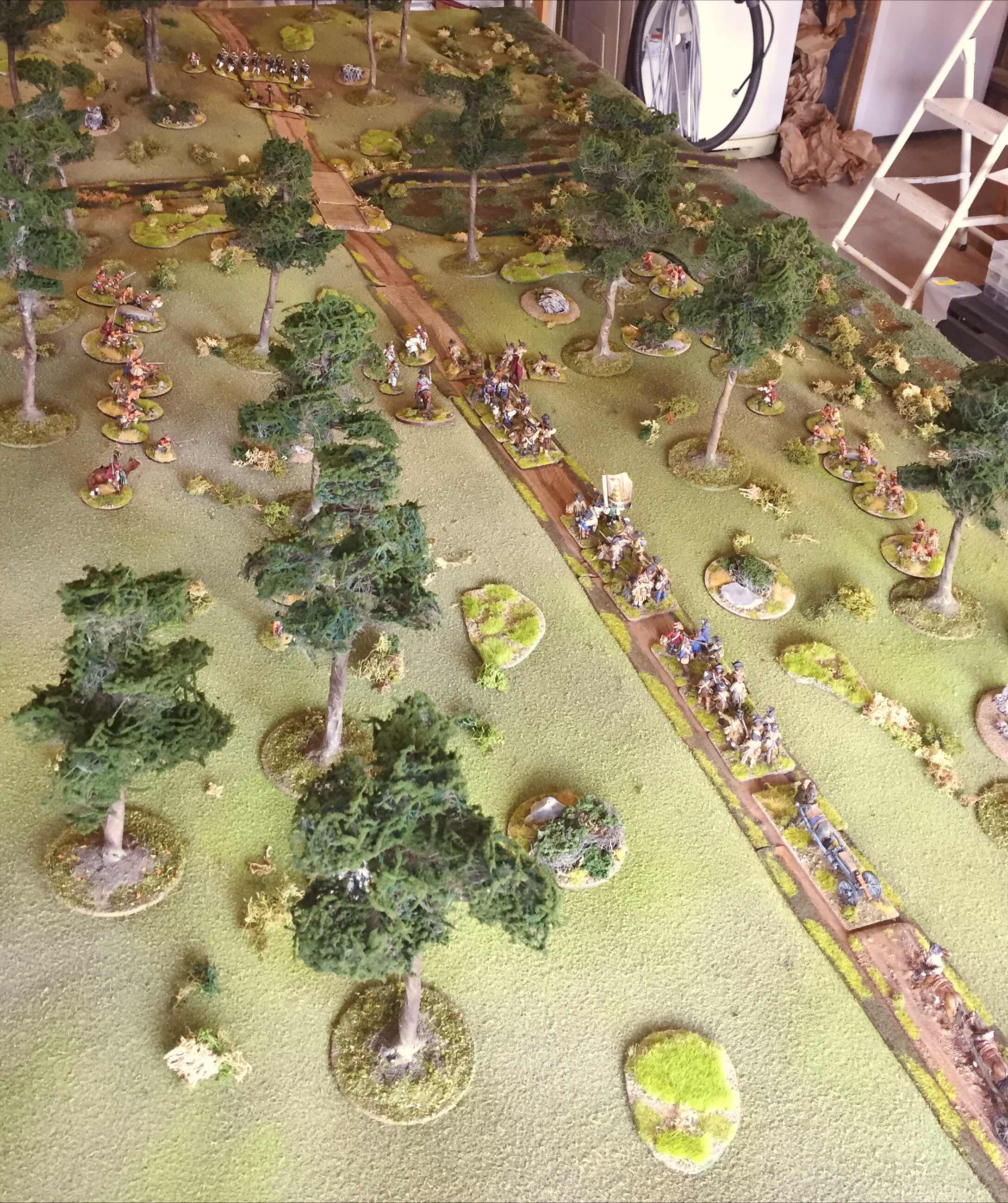 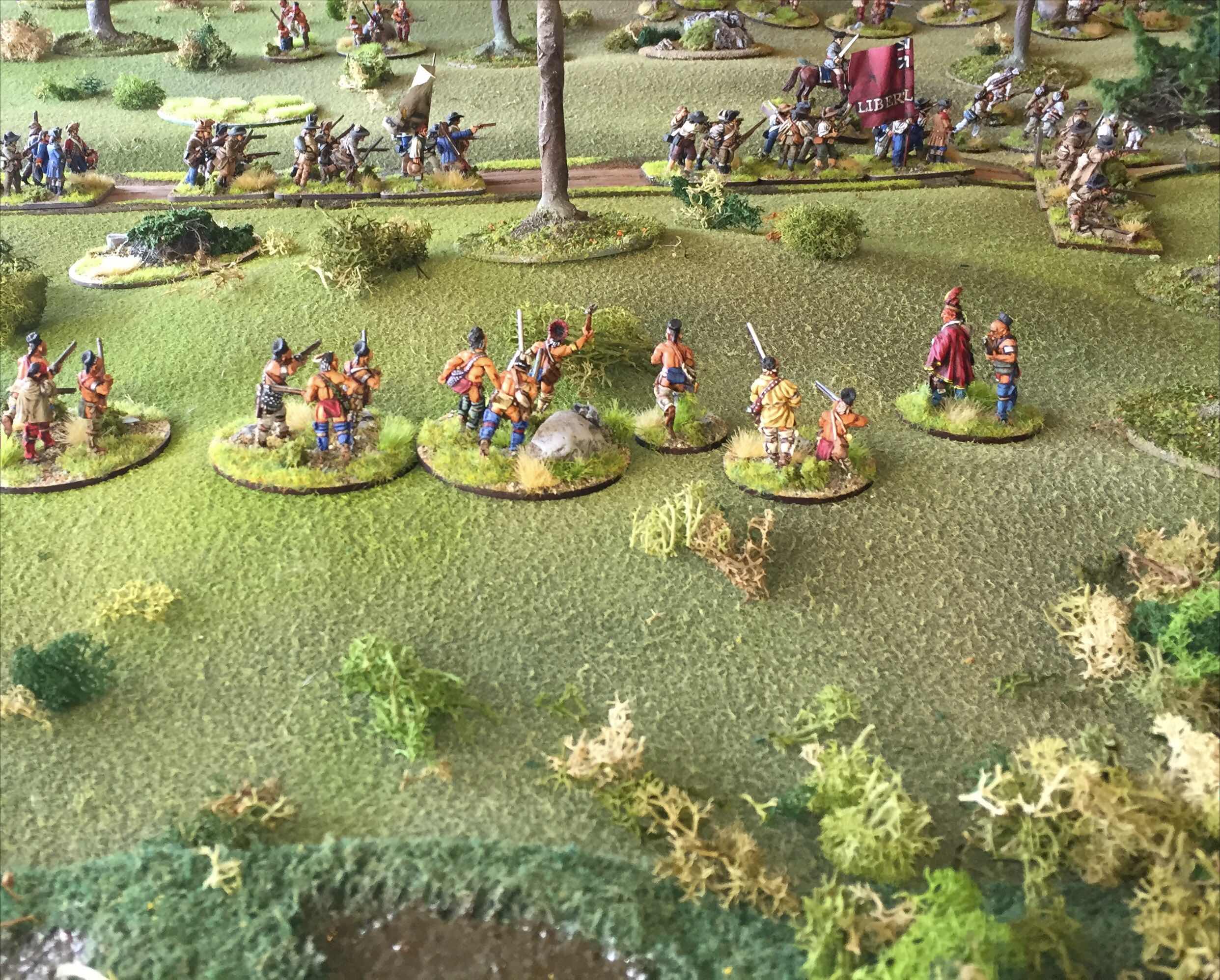 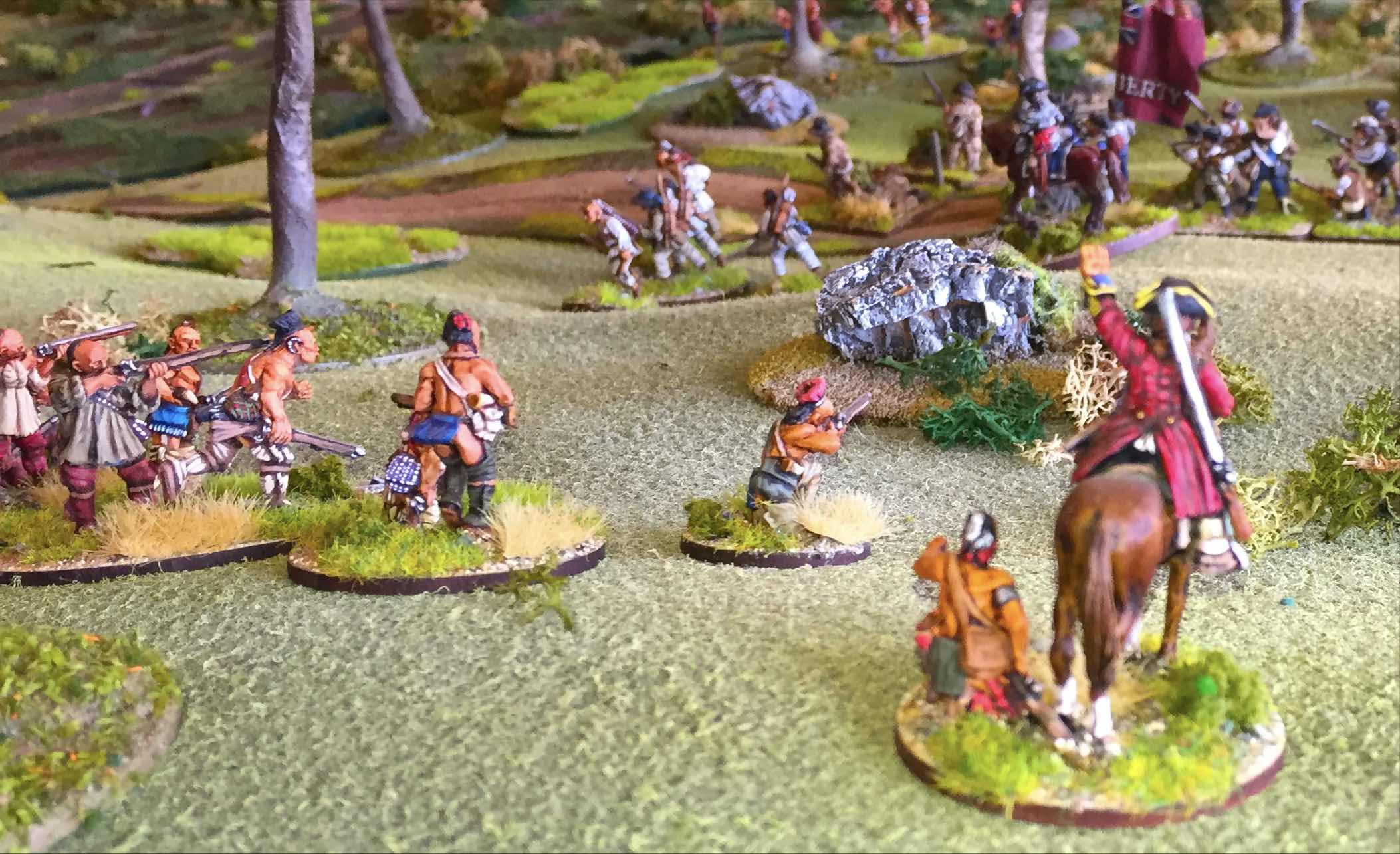 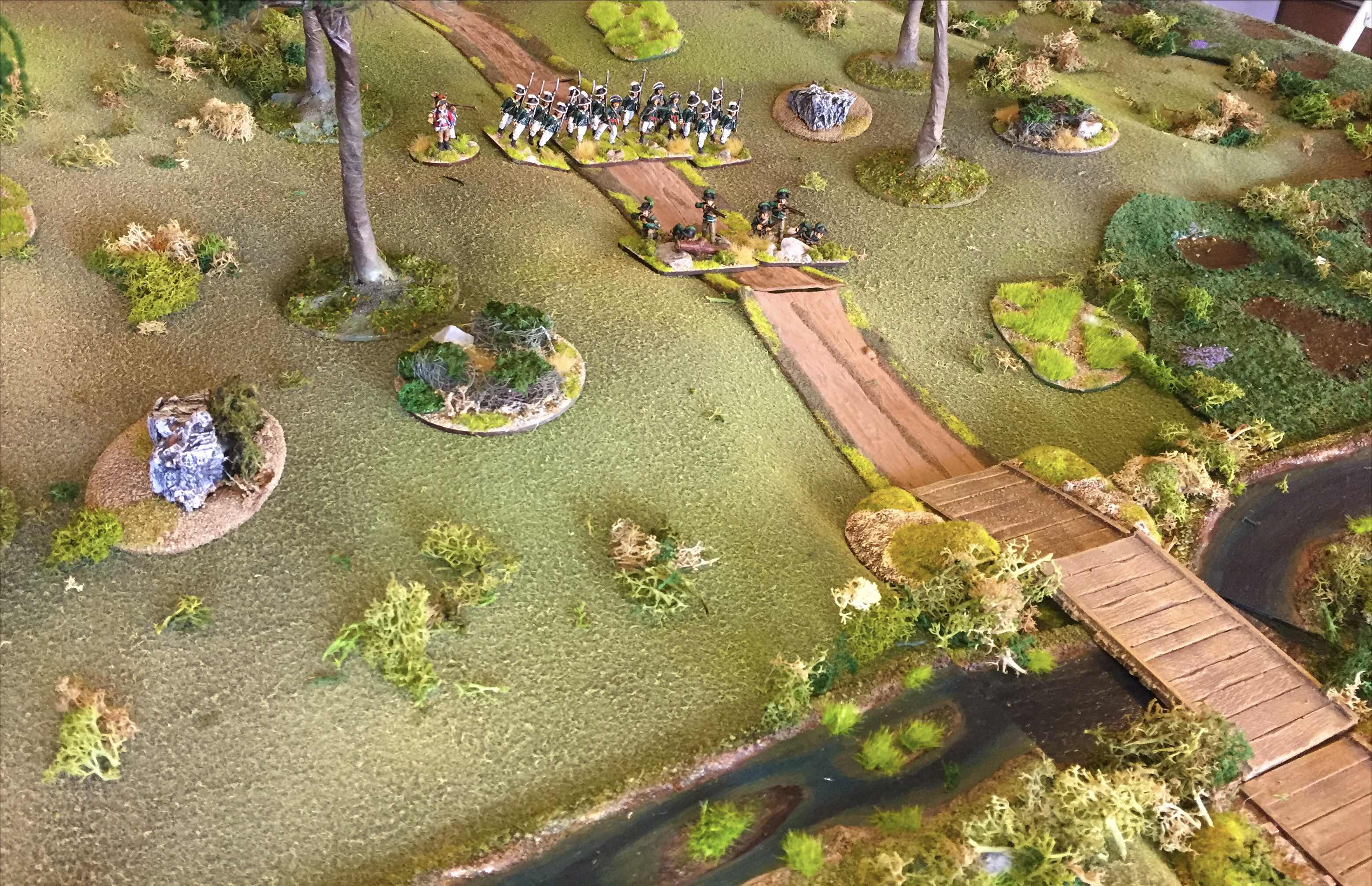 This Sunday just gone I staged my recreation of Camden at the Partizan wargame show in Newark, Nottinghamshire. A few pictures of the game are shown below.
The armies set up historically but were allowed freedom to act thereafter. The rebels launched attacks on both flanks. On their right the 2nd Maryland Brigade led the way, taking on Rawdon’s loyalist brigade and inflicting considerable casualties especially on the Royal North Carolina Regiment. On the rebel left flank the Virginia militia and state troops attacked bus soon faltered due to lack of discipline and command/control. Gradually the entire line of Virginia and North Carolina militia broke and ran. The battle was ended when tbe 23rd, 33rd and 2/71st regiments flanked the 1st Maryland Brigade just as Tarleton’s cavalry ploughed into the side of the 2nd Maryland Brigade, relieving the pressure on the loyalist militia.
A result pretty close to the historical outcome. 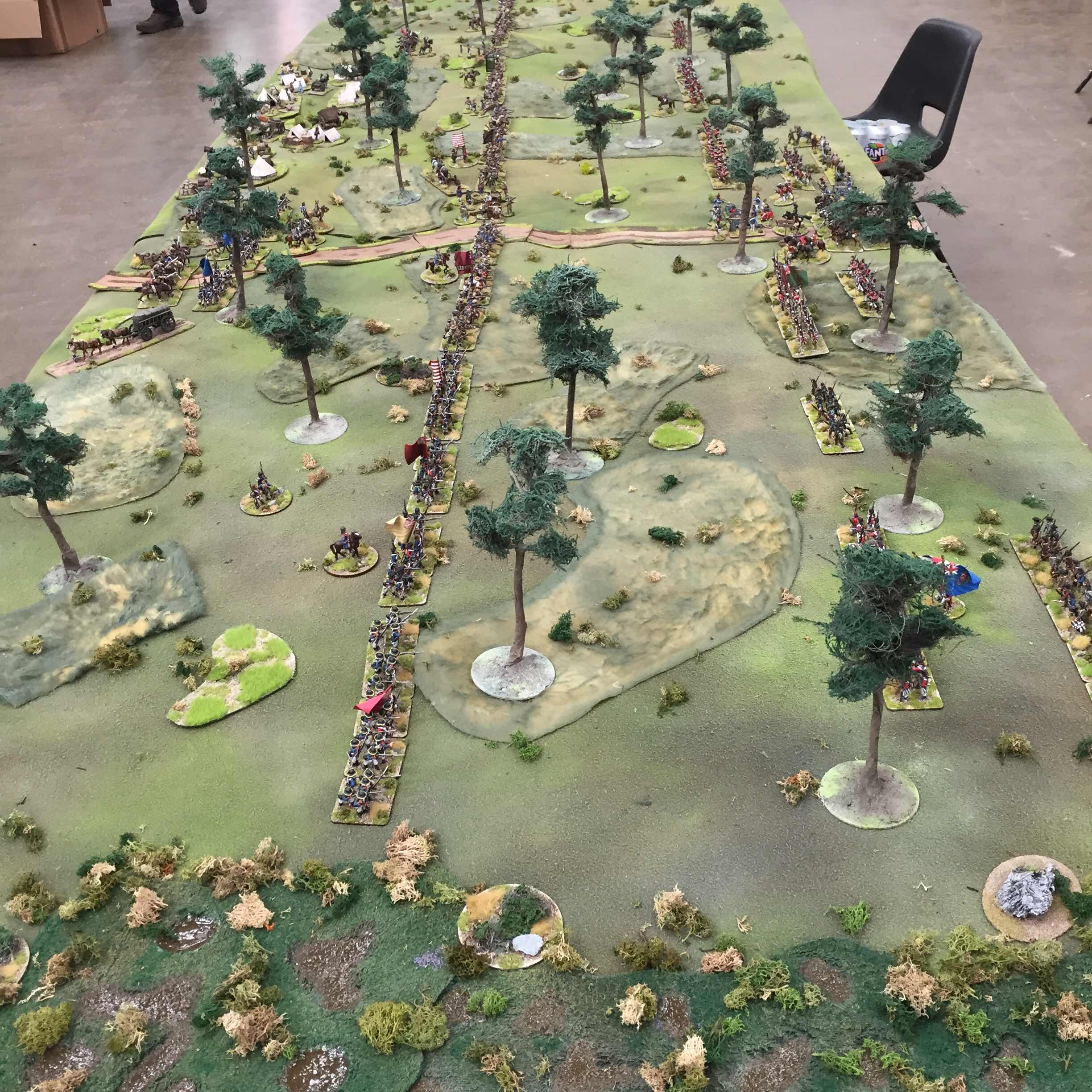 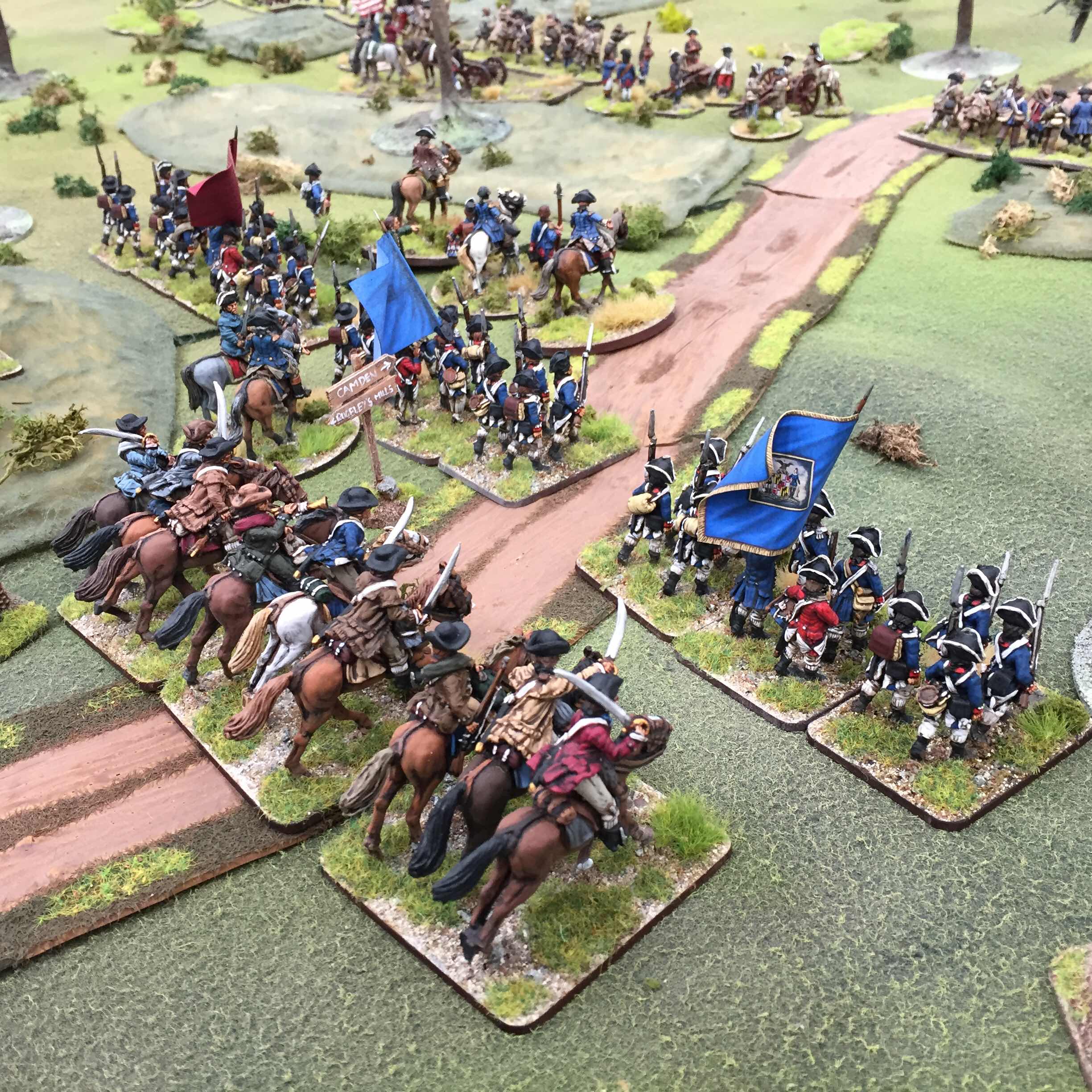 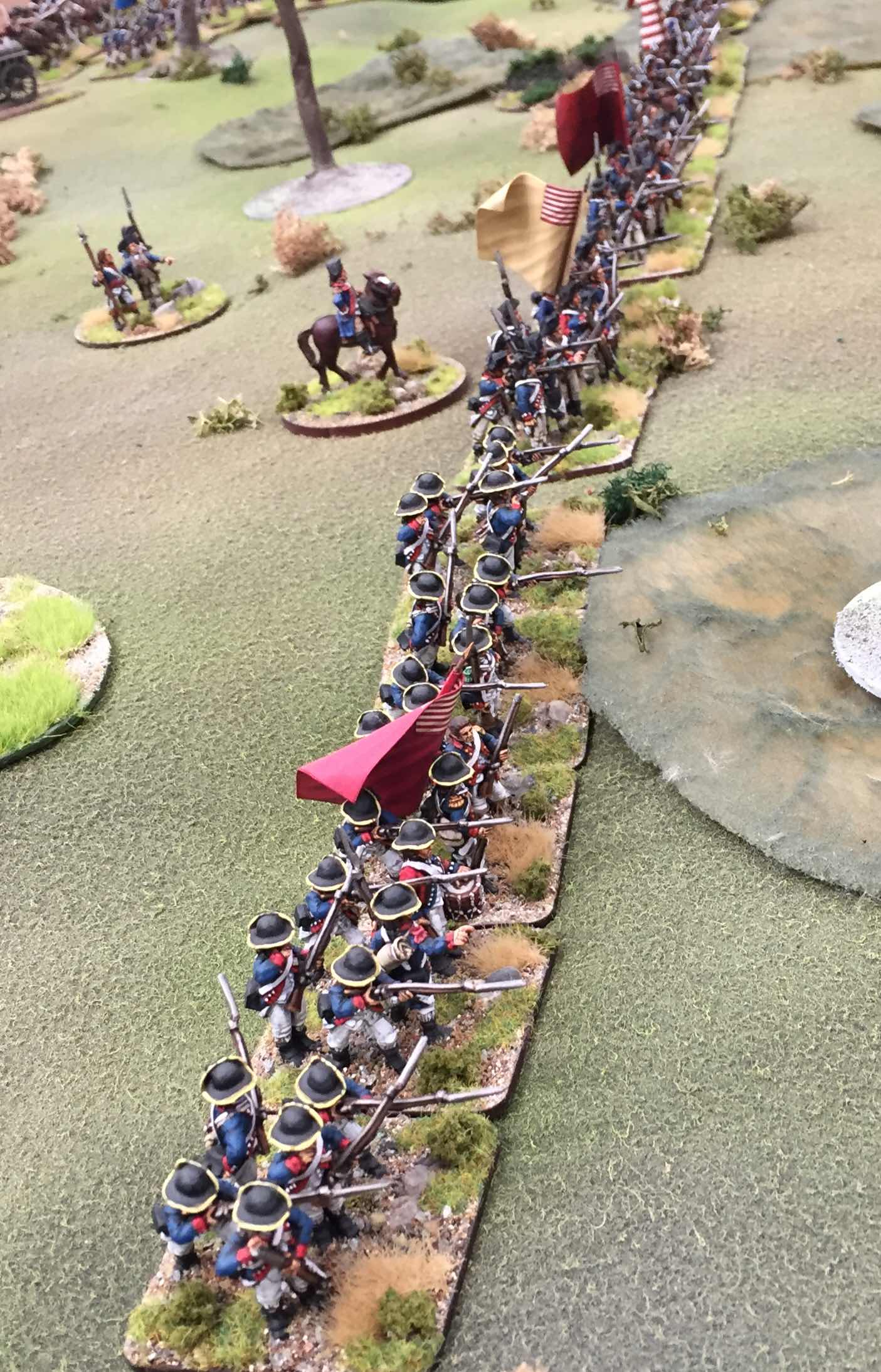 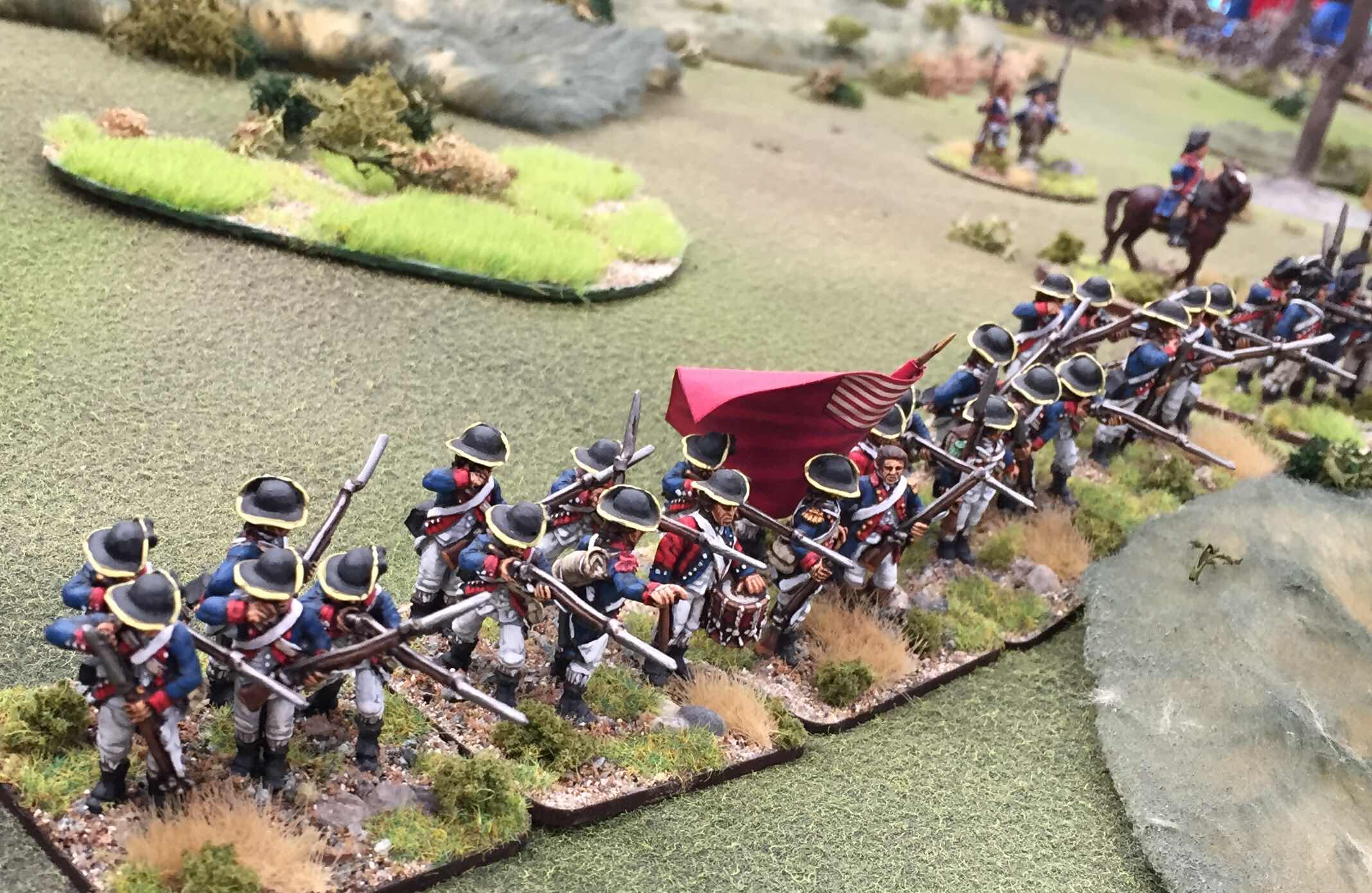 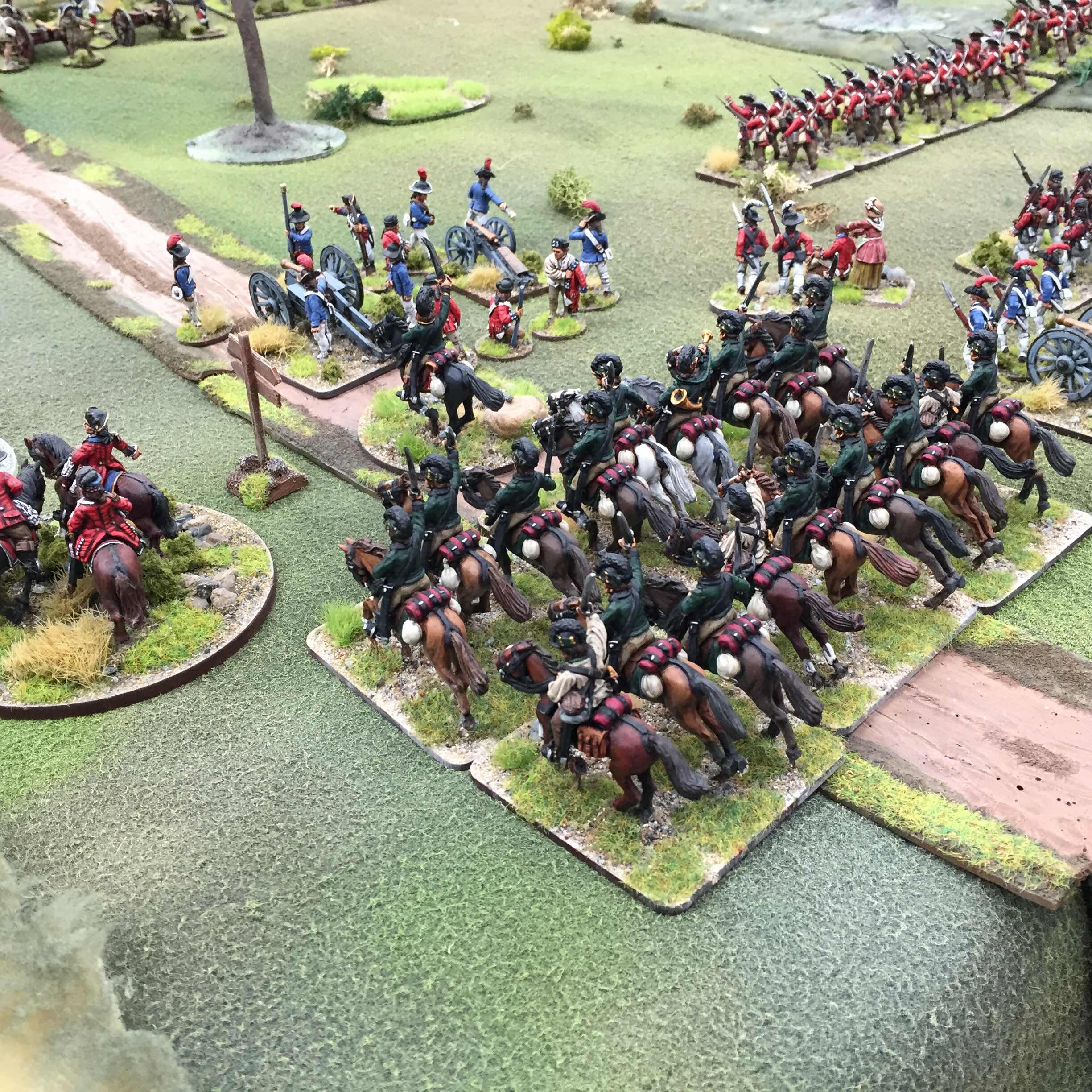 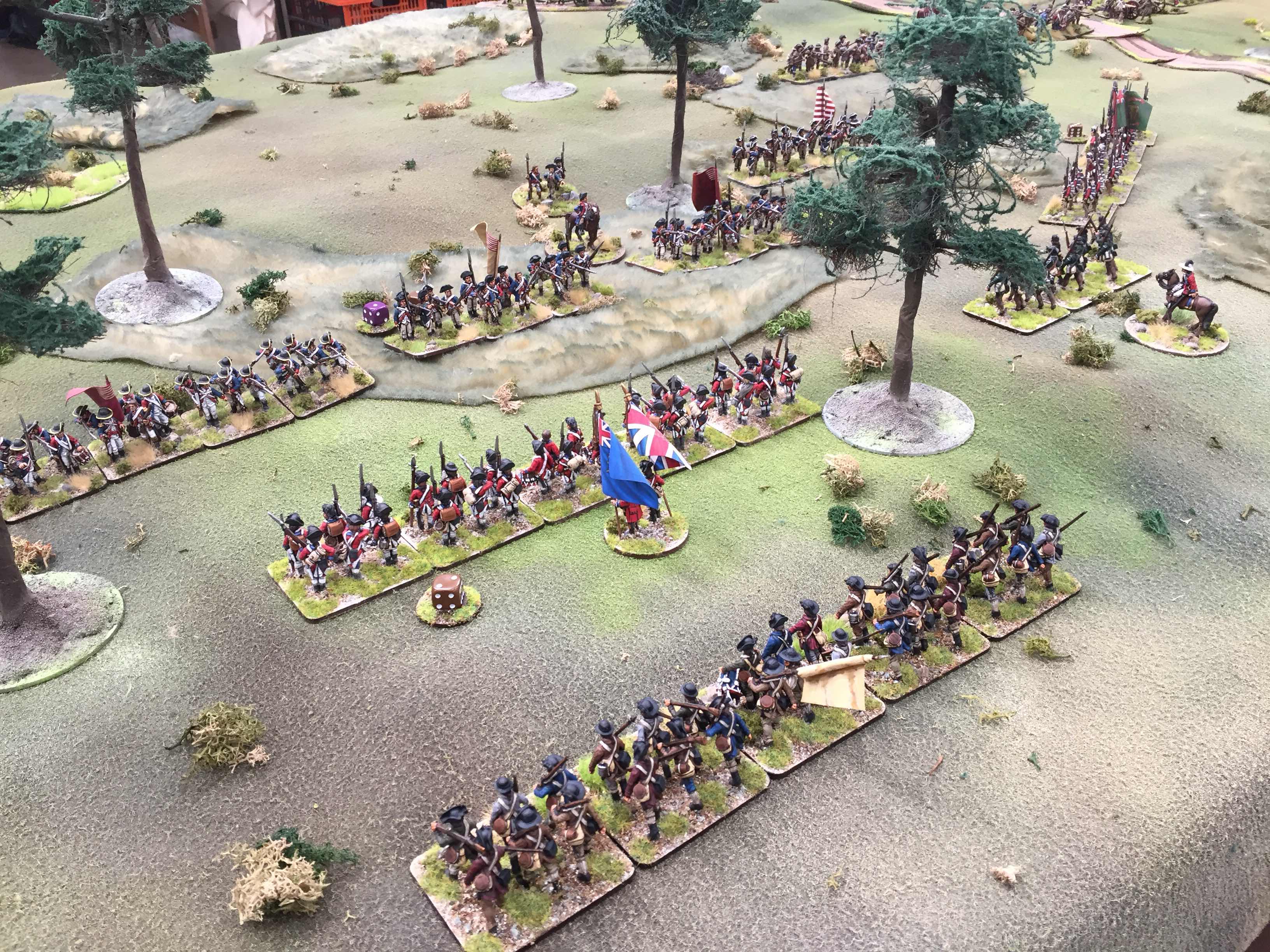 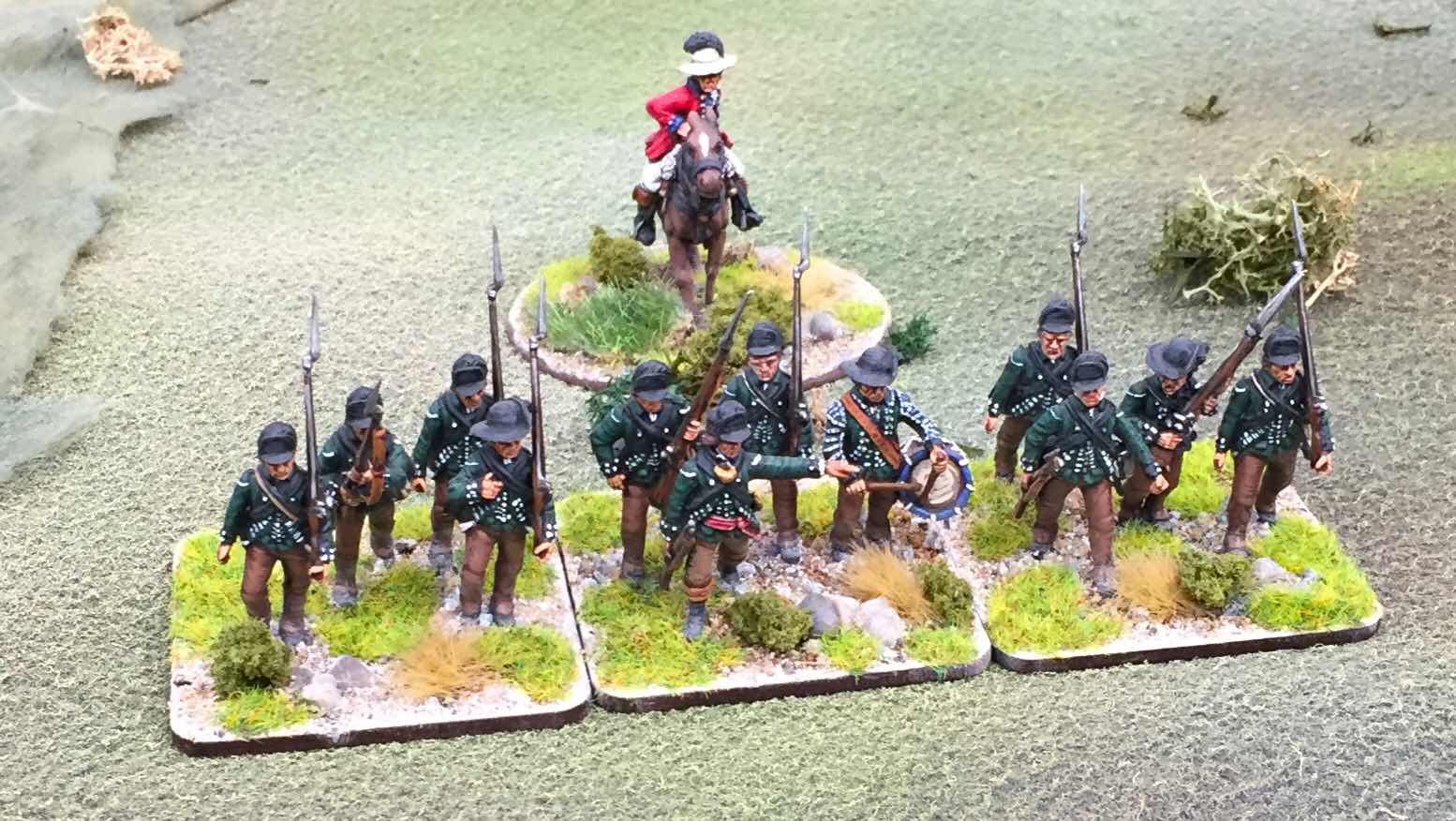 I’ve progressed with my teddy bear fur skills. It takes a bit of experimentation to get the best out of a new material and I’d been overthinking things I expect.
For these pieces I have trimmed all of the fur down using the 6mm guide on the pet hair trimmer. I’ve also trimmed all the fur off a border around each piece. Then I set to work using the trimmer with no guide to randomly chop fur from all over the piece, jabbing it in from various directions. Once suitably distressed I applied a light coat of sage green paint. Importantly I stopped there and did not try to highlight with lighter paints. Less seems to be more in this case. Once dry the fur is lightly combed to get what you see in these pictures: 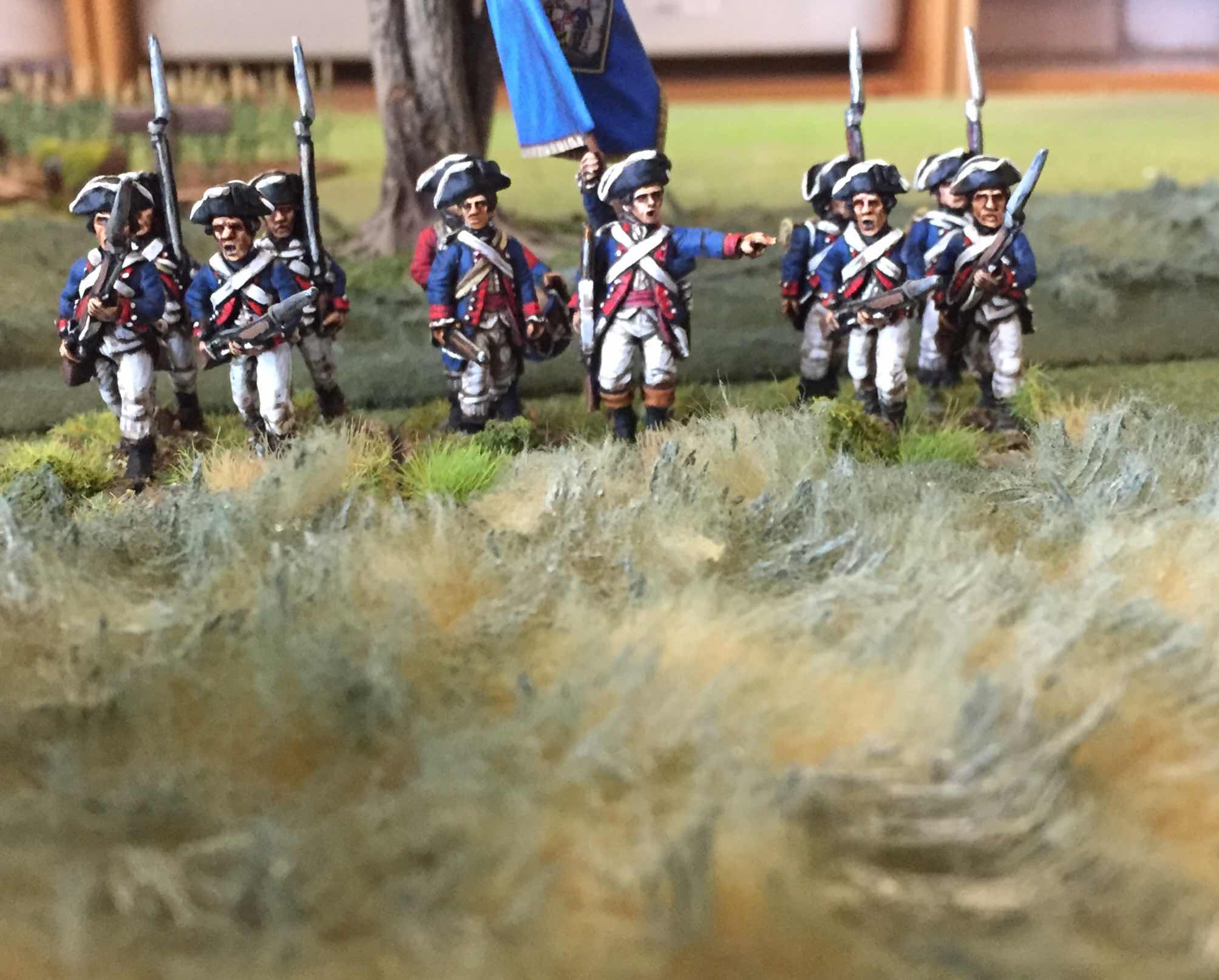 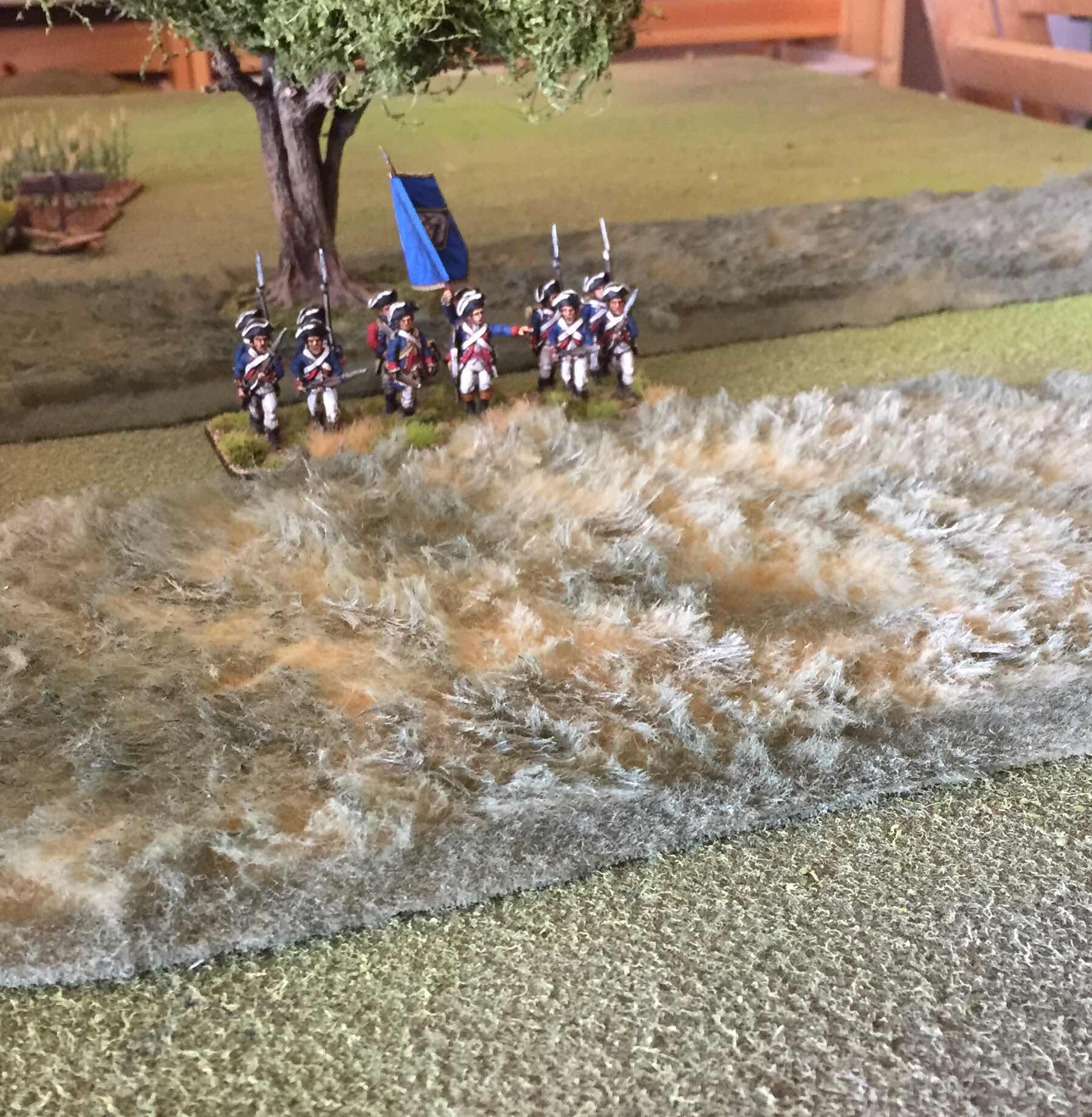 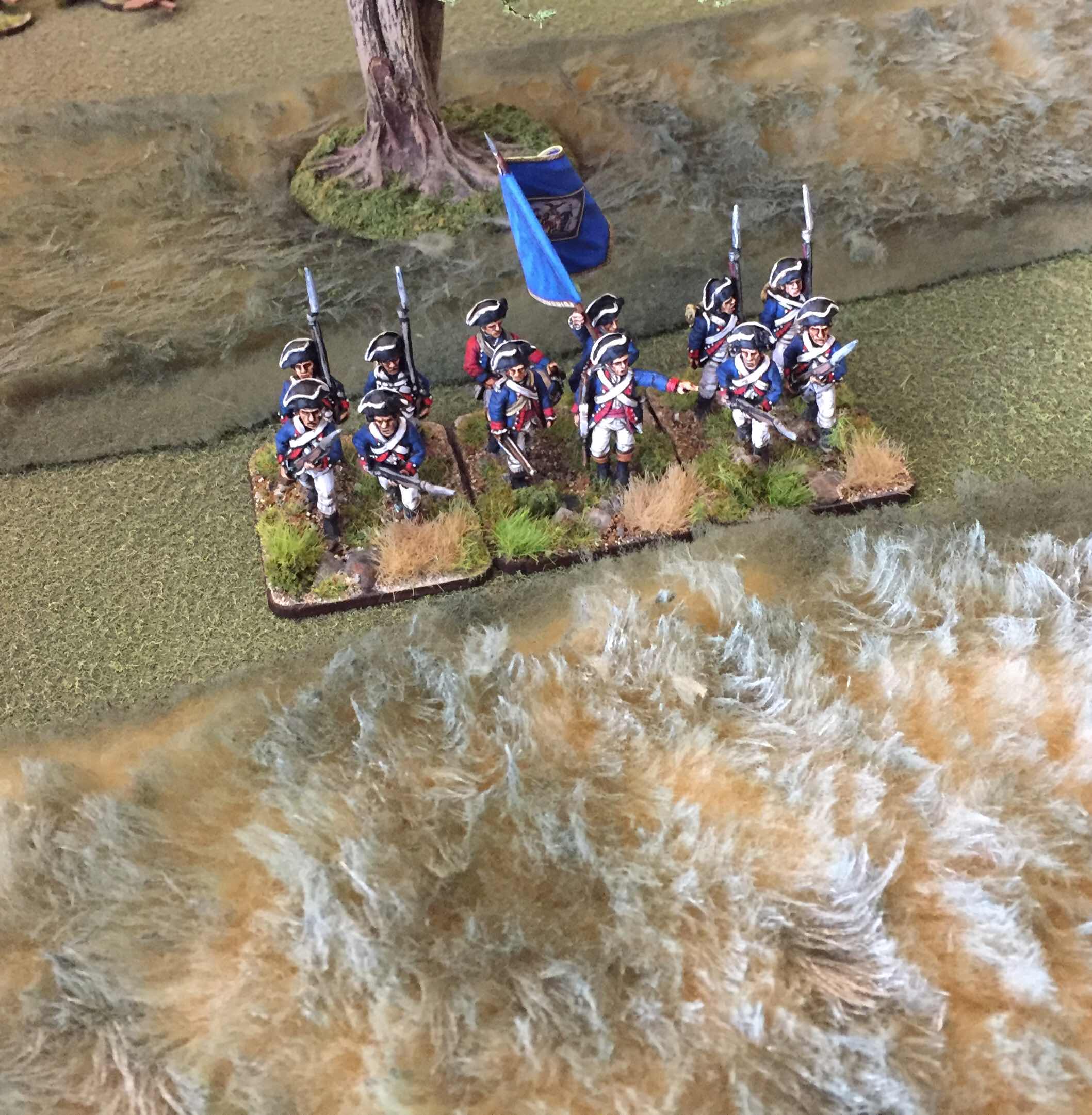 Being in need of something to represent Colonel Bryan’s loyalist militia I took inspiration from the Perry twins and painted some spare plastic continental infantry in civilian garb. Having a plain flag they can easily serve on either side; loyalists at Camden but rebels at Saratoga, for example.
I have now completed the figures I need for Camden at Partizan on 20th May, so can think about boxing-up, finishing the last bits and bobs of terrain, typing up the latest version of my rules and coming up with written materials to support the game. No painting but a busy couple of weeks to come!
Posted by Steve at 16:45 2 comments: