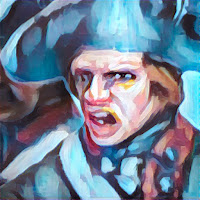 The essence of the system is to roll a "hand" of six dice. I use d12s. The hand can be reduced or increased in size. Each of the dice rolled needs to score a "to succeed" number or under. The number of successes are totalled and this is translated into a number of orders, hits or whatever the outcome measure may be.  Let's describe them as "hits" for now. This translation as based on a triangle meaning that one success gives one hit, three successes are needed for two hits and six or more successes for three hits. With a larger hand of dice ten successes would produce four hits and so on, however there is a practical limit to the sensible size of the hand of dice I find.

Mechanisms such as this permit the game designer to control the range of possible outcomes. In this case it is zero to three. This level of control can be very helpful. As an example, I find this a preferable method of determining results in order systems such as seen in Warmaster or Black Powder as it tends to result in fewer absolute failures and better engagement for the players.

Below I present a series of tables that show the range of outcomes for various numbers of d12s and "to succeed" values. These were determined by creating a model within an Excel spreadsheet that simulated 10,000 hands of dice being rolled, so they are not absolute but give a fair impression of the expected probabilities. Where a value of 0% is indicated, this is a possible outcome but very unlikely.

The mechanism for resolving melee also involves a hand of 6 d12. In its current version there is no modifier to the number of dice rolled. The attacker again has a "to succeed" number starting at a basic 6 which is modified upwards in the attacker's favour or downwards in the defender's favour. As with the other mechanism this constrains the range of possible outcomes while adjusting the probability of each. The following table demonstrates this:

As with the previous tables, probabilities were estimated from a model created in Excel to simulate around 10,000 hands of dice being rolled. Probabilities of "0%" actually represent unlikely but still possible outcomes.
I hope that at least someone finds this interesting and possibly useful in your own games design projects.