Leaning towards PBI at the moment. I've been using my early war Poles and Germans for some trials using my napoleonic terrain boards with 8" squares. Seems a pretty clean system. Not the best laid out or proof read set of rules but they give a good feel for a company sized game. Might need some extras added on, don't seem to have infantry guns etc but this is pretty minor. Need to try with more closed terrain.
Posted by Steve at 13:55 No comments:

It's back to 15mm WW2 at the moment. I'm part way through renovating my late war US forces and have used a box of PSC plastics for the bulk of the infantry and Peter Pig for the support weapons. The PSC box has an odd mix of small arms, not really having enough rifles, but I'm happy to count carbines and extra BARs as rifles when necessary. Official BARs are based as 2 man teams whereas your basic GI is based singly. I have a few rules options to toy with: PBI, Battlegroup Normandy, Battle, Bolt Action, or even my own adapted from some moderns I wrote a few years ago. For now here is the first platoon and a hefty selection of support weapons. The 30 cal MGs are repaints, hence the square bases, the rest are all new. Two more infantry platoons to do and I'll have a company. I then have a box of PSC Germans and a box of support weapons assembled and under coated. 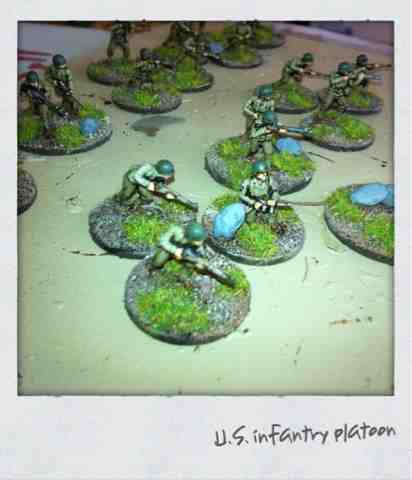 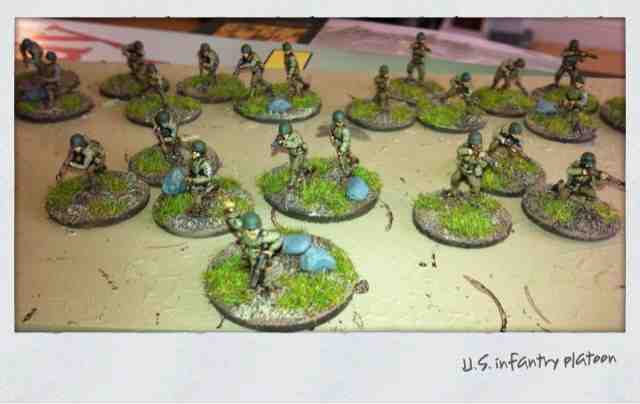 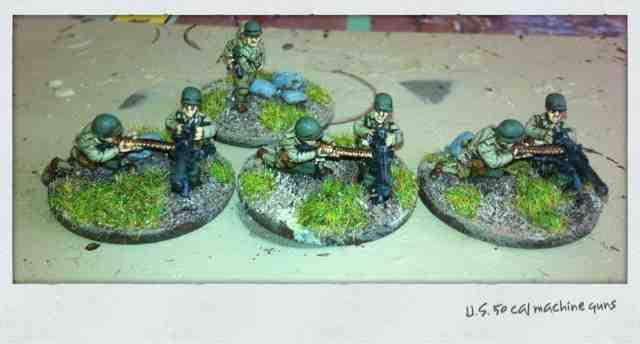 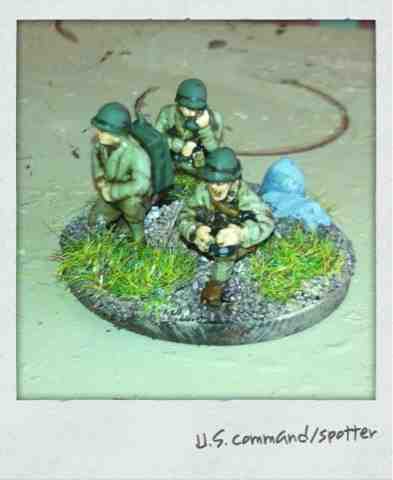