Hi all. After a long hiatus while I was changing jobs and getting a generally happier life, I have recently been repairing some old figures to bulk out my Late Romans for Dux Bellorum etc. the photos aren't brilliant as these are quick snaps on my phone and there is some "striping" from the lamp I use, but you should get the idea. The yellow was a pain to paint as my GW golden yellow has close to zero covering power. Before you ask, no the base is not finished. I'll do a batch of basing once Ihave a few units done.

For those interested in Dux Bellorum I'll be staging a demo at Salute in April with James Morris, so why not plan a vist and stop by for a chat?

As well as this unit I have finished the basing for all the previously painted Late Romans, Arthurians, Caesarians, Numidians, etc. I have a couple of packs of Westwind arthurians on the way as I's like to knowck out some more generic "Arthurian" infantry units so that I can flesh out armies for Late Roman civil wars and Post-Roman British civil wars.

One unit at a time for now though. At least with these basing schemes the most I have to paint for a unit is 14 figures (shieldwalls). warriors are just 10-12, heavy cavalry 5 or 6, light cavalry 3 and foot skirmishers 4 figures. It is a lot less daunting that having to finish 24-36 figures for other rule sets. 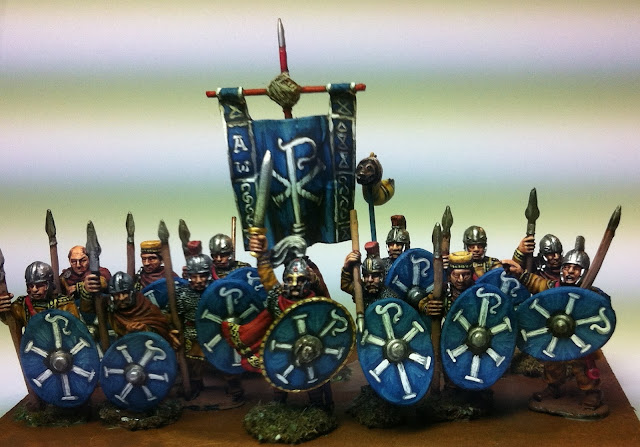 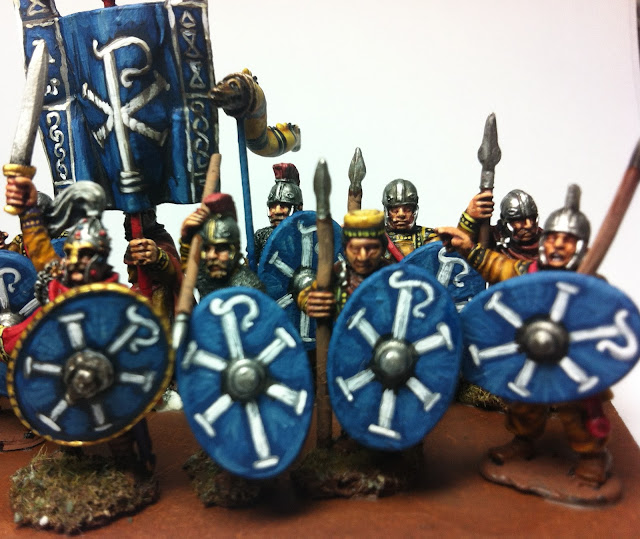 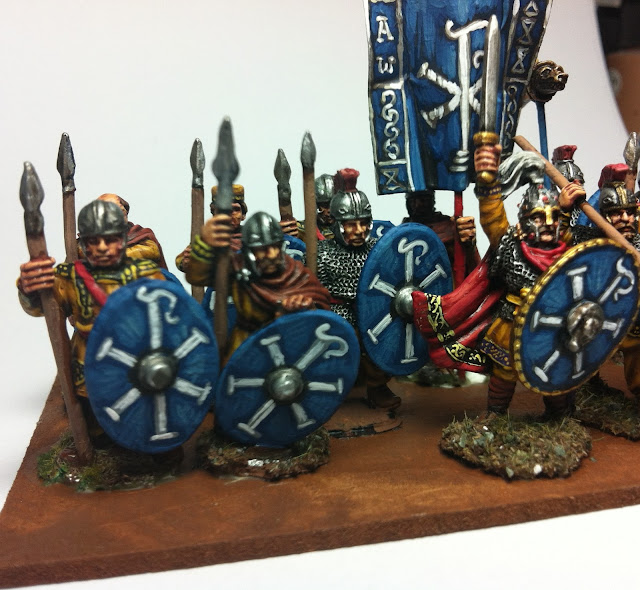 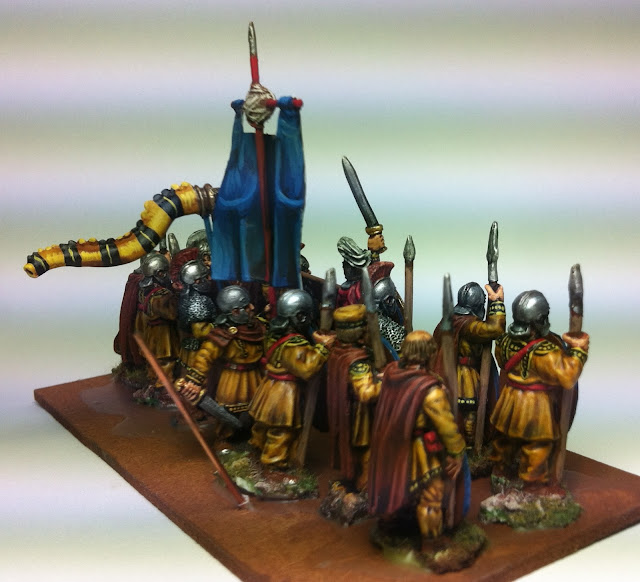 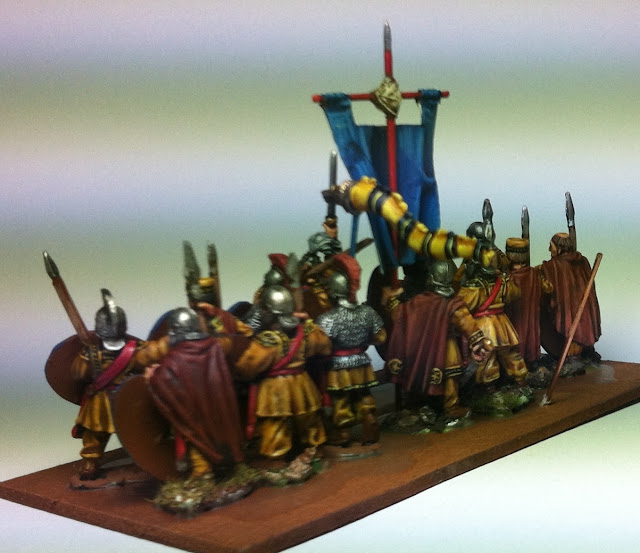