Some work-in-progress shots of my evolving set-up for gaming small actions in a hypothetical African state using Force-on-Force rules. This has entailed refreshing and rebasing my old 15mm stuff which I used to use for the AK47 rules from Peter Pig.

Below is a photo of the buildings I have so far, with a few troops and vehicles. In the foreground are two sections of UN peacekeepers with two M113 ACV vehicles, a supporting Panhard armoured car can be seen in the distance. 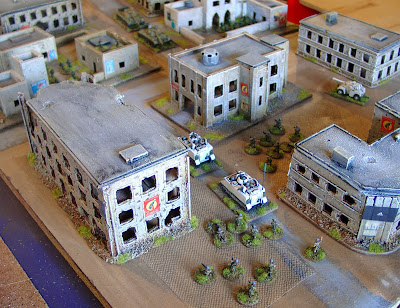 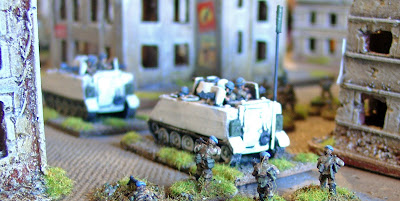 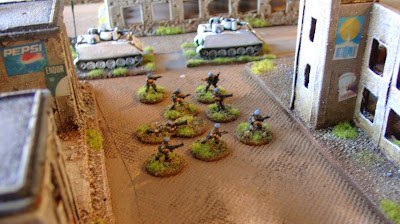 The opposition can be seen below. Two hastily repainted T55 tanks in support of a three squad platoon and a recoilless rifle team. 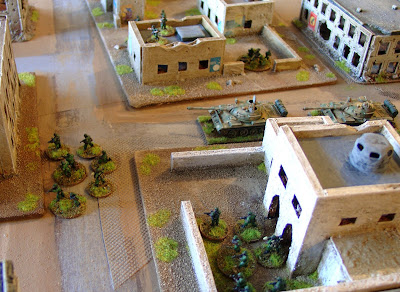 Below is a close-up of the tanks. These are in an african-style camouflage but aren't intended to match anything too closely: 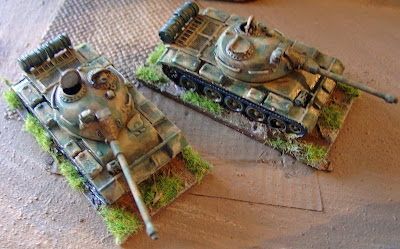 ...and another shot of the advancing peacekeepers: 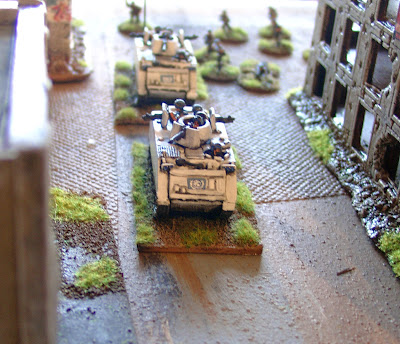 Here are more detailed photos of the buildings:

First is a small compound of three buildings constructed from 5mm foamcore on an MDF base: 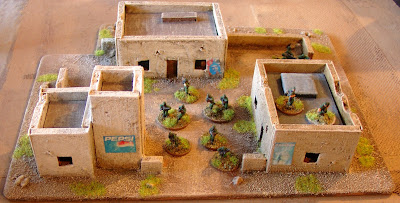 The same method produced this larger building suitable for use as an embassy or suchlike: 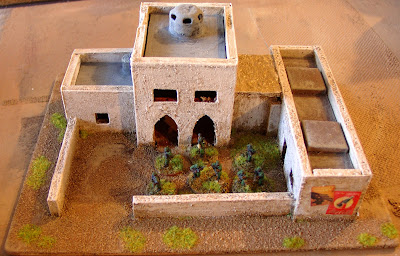 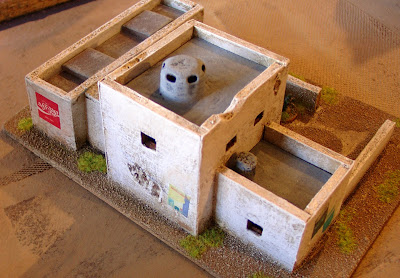 The next building is a factory (same materials as above). Most of the buildings I have made have lift-off roofs: 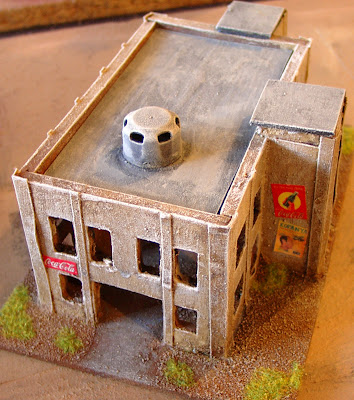 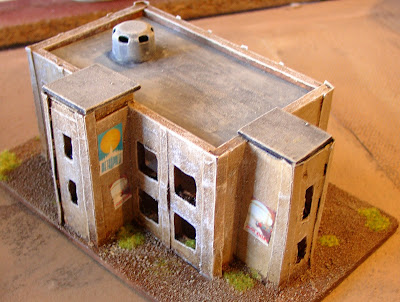 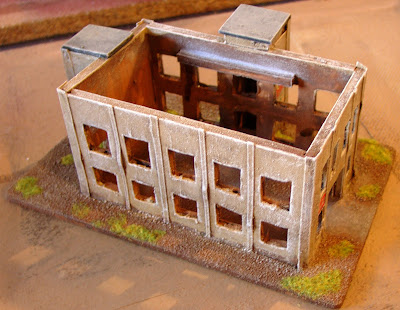 The ventilation thingies on the roof of the factory and embassy are the tops from small water bottles. The posters are images taken from the web, printed on ordinary paper and glued to the buildings with thinned down PVA. The PVA is also painted on top of the posters to protect them.

The rest of my buildings are excellent resin pieces from Fieldworks which I can heartily recommend. 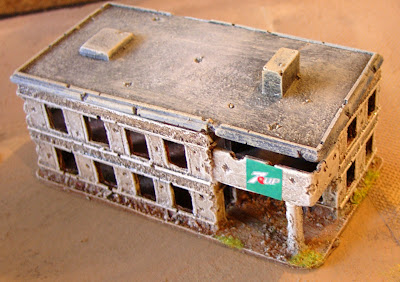 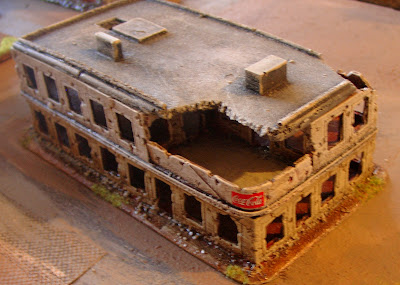 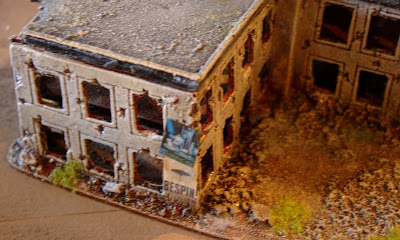 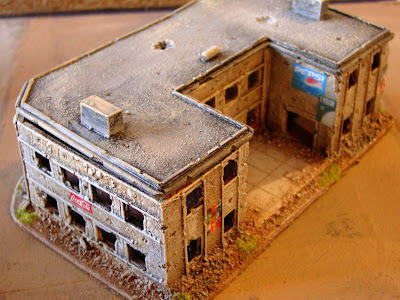 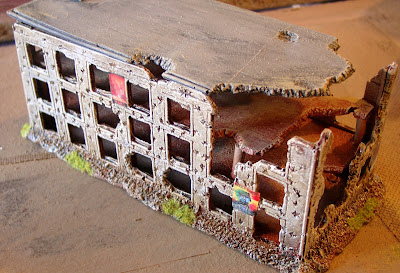 The baseboard is a piece of chipboard to which I have glued random pieces of textured wallpaper, plain paper and bits of mesh. These were originally made for a Warhammer 40K game many years ago, but with a bit of repainting they seem to do the job!

Back from the seaside

I'm back from the seaside and have been in the garage making a start on some 1:100 buildings for a Force-on-force african wars project.