This weekend has been a quiet one so I have taken the opportunity for another go with Fireball Forward before clearing the decks to prepare for my game at Partizan.

The action saw the US and Germans fighting over yet another small town in Normandy.

The US had two infantry platoons, a company commander and .30cal MMG team and a platoon of three M4 Shermans (75mm guns).

The German defenders were generated randomly using a system loosely based on the solitaire module for Advanced Squad Leader. This was a first attempt and needs some refining but it worked well. Essentially all buildings, significant woods, stretches of bocage etc are each marked with a chit. A die roll is made for a chit if it is successfully spotted, fired on effectively or if the player's infantry (US in this case) move in line-of-sight of the chit within a specified distance that depends on the level of cover for the moving unit [e.g. moving in the open within 24", moving in cover within 12", moving in buildings within 6"]. If the chit is shown to be empty it is removed, otherwise a further roll is made to determine the type of unit(s) represented: squads, teams, leaders, AFVs, guns, support weapons, etc. For AFVs or guns a further roll determines the type.

In this game the US had the worst of things as the village turned out to be held by slightly more infantry than expected. This was not the only factor however as I did miss the opportunity to cash in my initiative marker to allow second platoon a second activation on the turn they stormed the hotel. Failing to mop-up immediately saw the Germans rally on the following turn and eliminate two squads of the platoons three. I also allowed a German squad to creep up on my lead M4 and brew it up with a panzerfaust. The US did knock out two vehicles however (Panzer IV and a 250/10) and did end the game with a foothold in the hotel, but had only captured two of the village buildings while taking greater losses.

The solitaire mechanism certainly added an extra dimension compared to just playing each side. For a game where the two player version involves hiding defending units this really helps to reduce the "all-seeing eye" of the solo gamer.

For now though, the WW2 collaection has returned to barracks so I can pack up the terrain into boxes for the rapidly approaching Partizan.

Here are some photos: 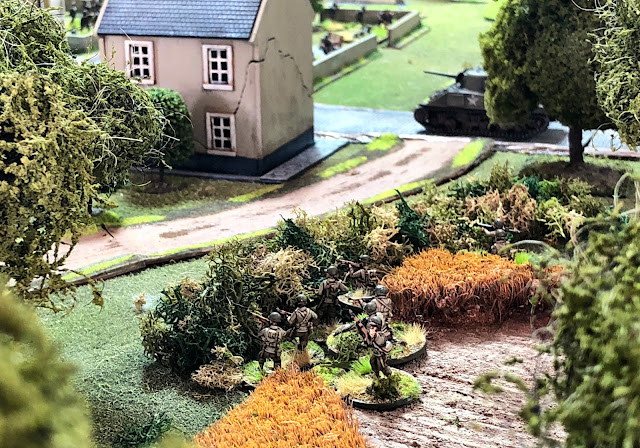 US 1st platoon bogged-down in the bocage 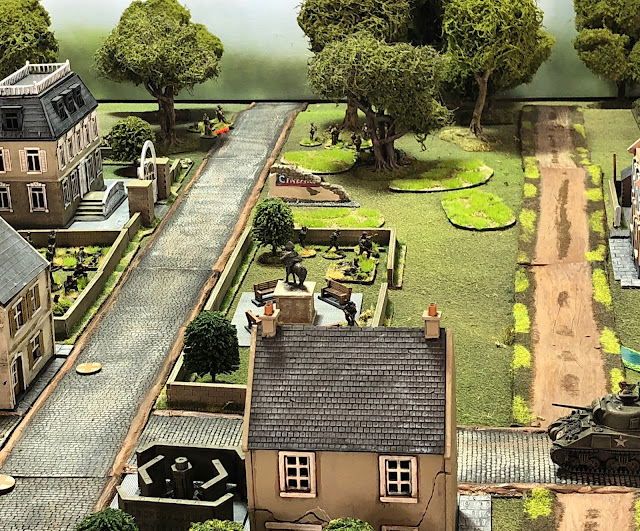 View of the town from the flank. US advancing from the right and top

US 2nd platoon move in on the hotel 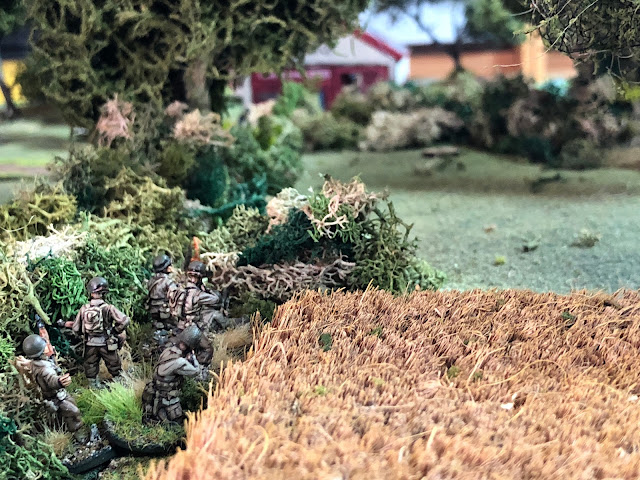 US 1st platoon still stuck behind those hedges, unable to spot the German chit so unsure if the opposite hedge is defended or not. 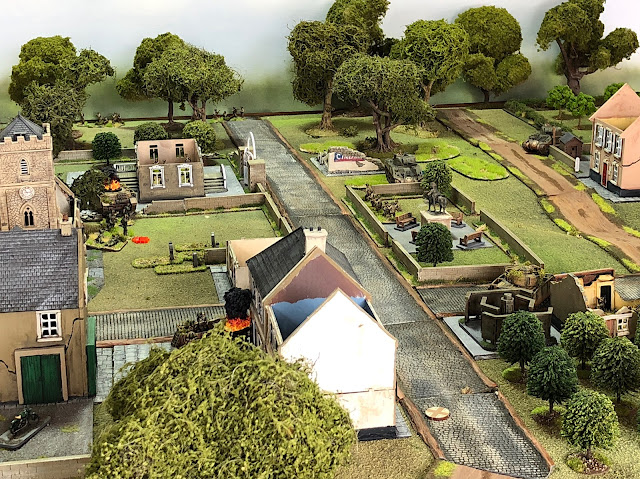 View from above. The US have advanced into the park. 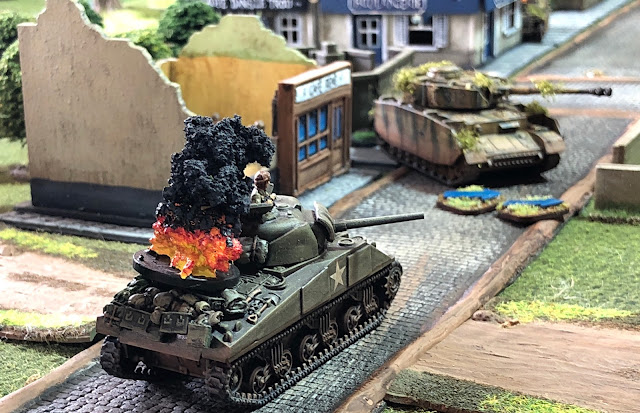 A sherman has learned the power of the panzerfaust 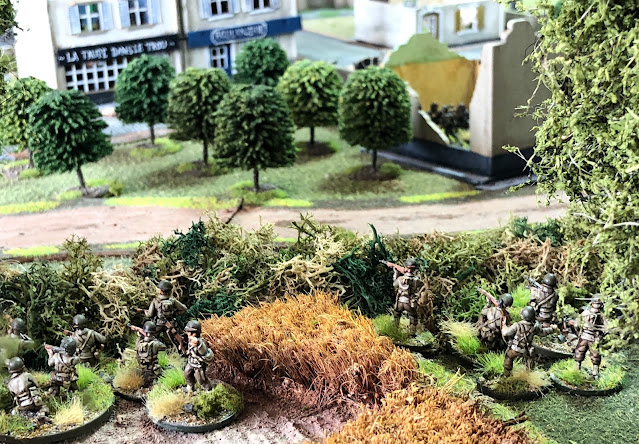 Yep, still unable or unwilling to push over the hedge. 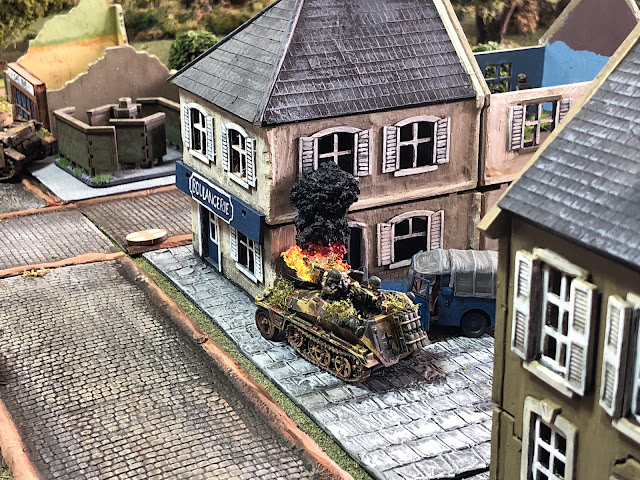 A 250/10 proves again just how flimsy these are