This was the first demonstration game I had staged since 2019 due to the effects of the Covid-19 pandemic, so it felt a welcome slice of "normality" to be setting up tables and terrainat Newark Showground on Saturday and then spending Sunday playing the game and talking to people about while wondering if my feet used to hurt that much!

If you are unfamiliar with the Batlle of Freeman's Farm then you can get a brief overview here. For a more detailed summary of the battle and the Saratoga campaign as a whole, the Osprey campaign volume by Brendan Morrissey remains excellent. More recently Don Troiani and Eric Schnitzer have produced a beautifully illustrated book on the Saratoga campaign, including a chapter giving a very good account of Freemans' Farm. I also made use of Dean R. Snow's book "1777" that covers Freeman's Farm and the subsequent battle of Bemis Heights as a series of "scenes" reminiscent of the outline of a film or documentary.

I was pleased on the day to be able to include a unit representing Fraser's picked marksmen. These are Perry Miniatures' Butler's Rangers figures with a different paint job. They only arrived on Friday, giving me just a day to have them primed painted and based. Thanks to a fan oven and matchsticks propping my eyelids open until 3:30 AM I did get these done and they were throughly dry by the time they hit the table!

I had put together an order of battle for the game using a variety of sources and adopted a 1:15 figure to man ratio rather than my usual 1:10 as this allowed me to scale the battelfield to fit the essentials into a 10' x 6' area. When I next play this I'll probably make a few changes and show a little less of the north of the battlefield (the road where Hamilton's brigade enters) to allow a little more woodland and space for the rebels to defend. At the actual battle there were several times when Poor's brigade fell back into woods pursued by Hamilton's regiments, only for the movement to reverse as the redcoats fell back from the sniping fire of muskets and rifles. My set up didn't really leave enough space for this as the treeline was very close to the table edge. Otherwise the table set up was about right and certaily looked the part with a load of new trees added to the collection: 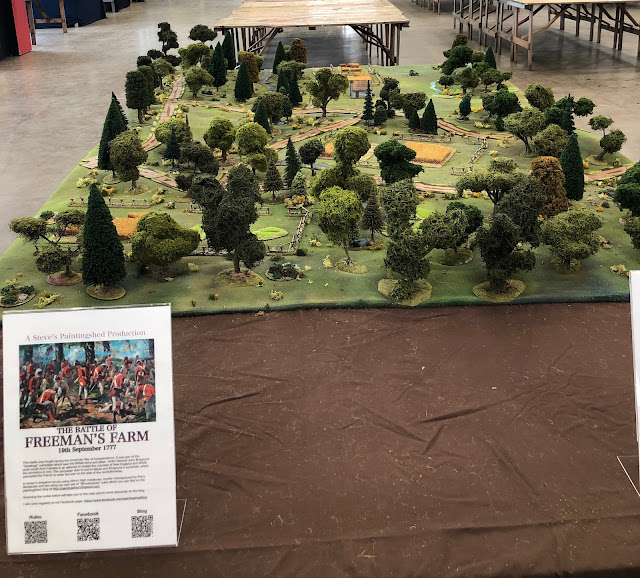 view from the west 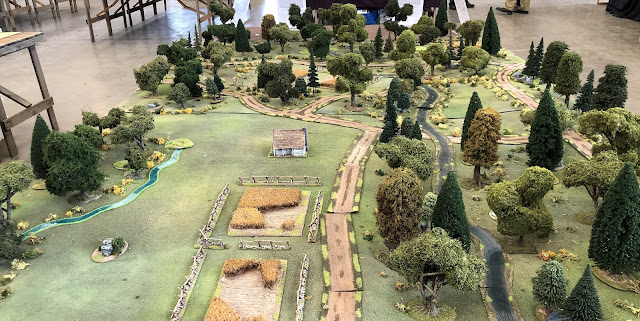 view from the east 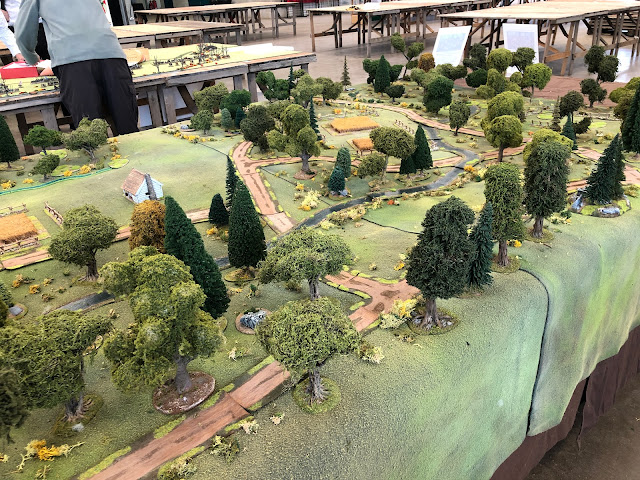 view from the north east
For rules I used my own "Bloodybacks!" in their version 8.2 guise with one or two tweaks added. Since then I have added a few changes to reflect our experience in the game itself and to start adding in some of the details I have glossed over until now. I think these are moving (as v 8.3) to a more complete set of rules rather than a selection of (rather good I think) ideas and mechanisms.
The game itself was fun, however I think I need to refine the scenario with a better researched and thought-through schedule of reinforcements. Poor was unable to get troops into place quickly enough to give Hamilton's brigade the headached it should have had. Fraser's column exerted too much influence a bit too early. This wasnt helped by skirmishers having just a bit too much leeway to dance around the battlefield (now tightened up).
As a result I won't use this specific game as a basis for a YouTube video, but will take the learning and refight this at home as I have already done for Hubbardton and Eutaw Springs. After than my planning will turn towards The Other Partizan in October when I may well address the second battle of Saratoga; Bemis Heights.
Here are some pictures from the game on Sunday: 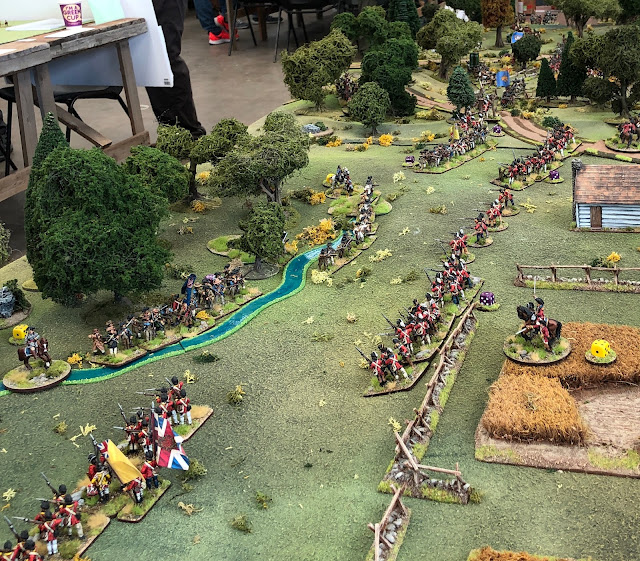 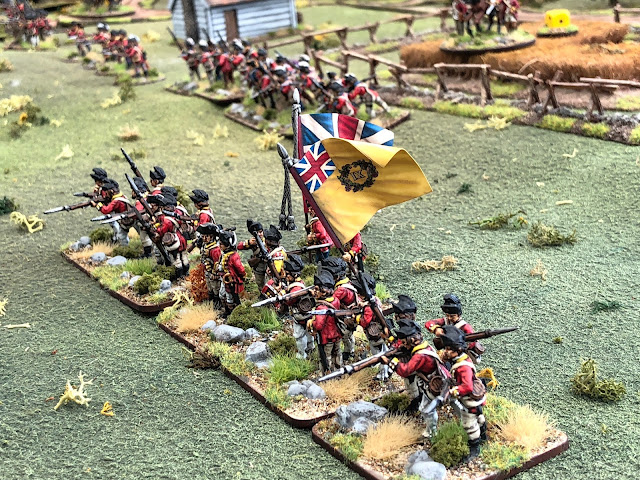 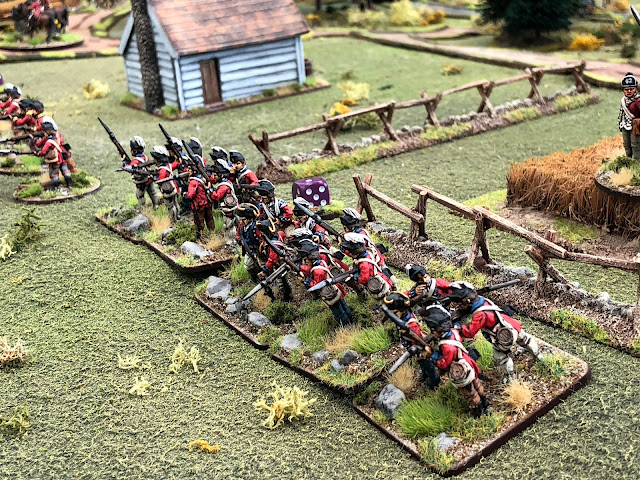 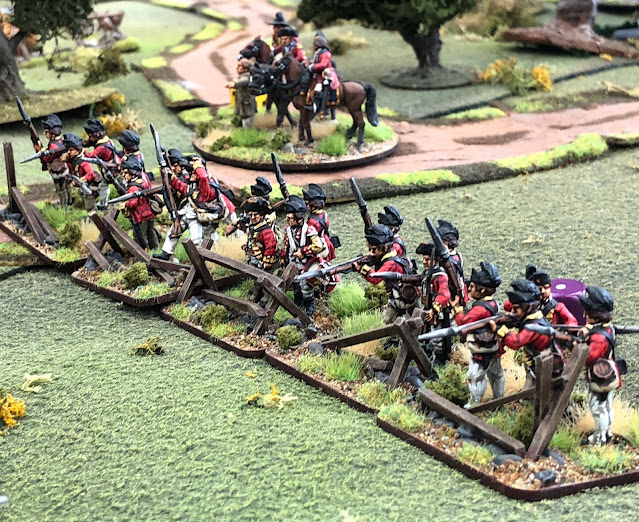 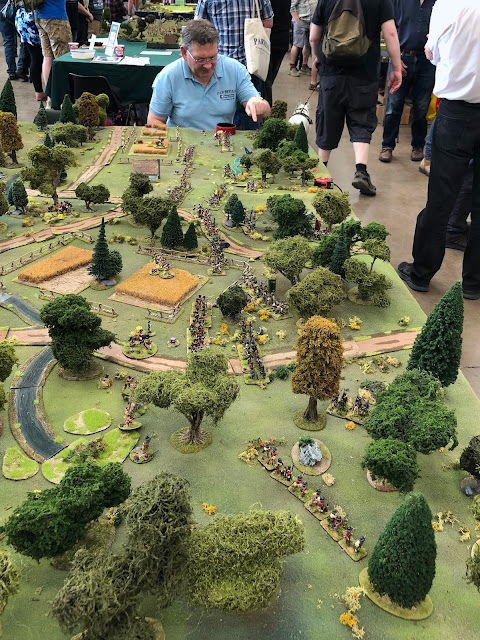 Matt helping out by rolling dice and pointing at stuff. 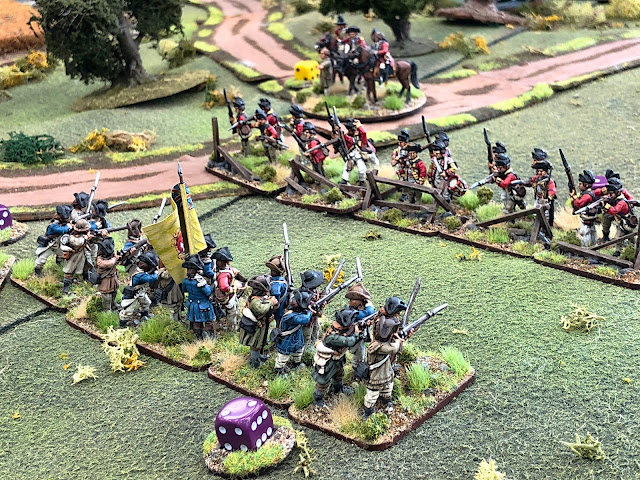 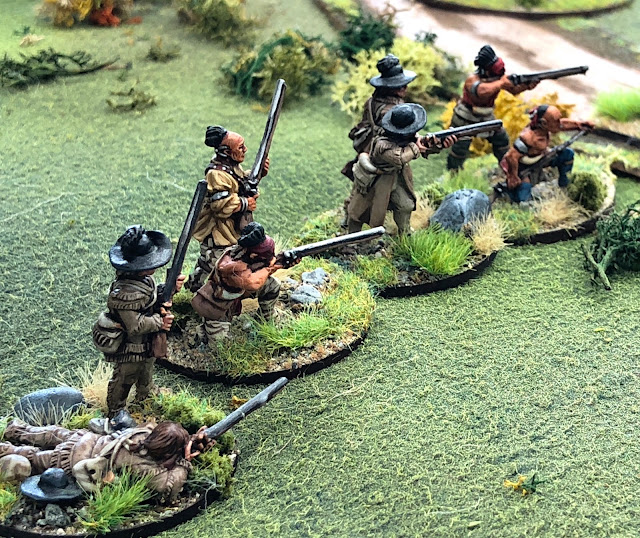 Mixed unit of Canadians and Indians 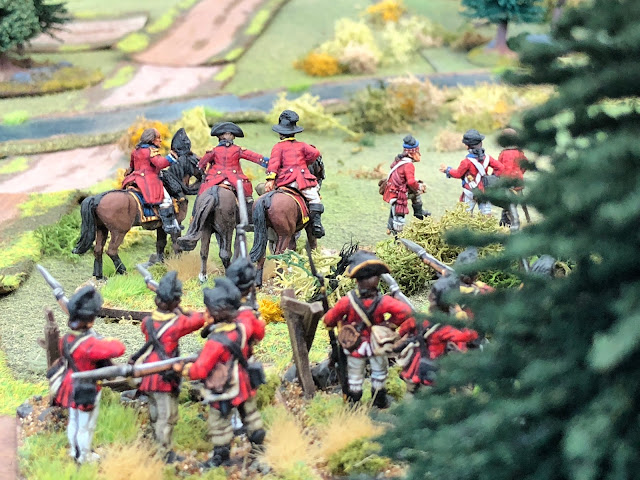 Burgoyne and staff survey the battlefield 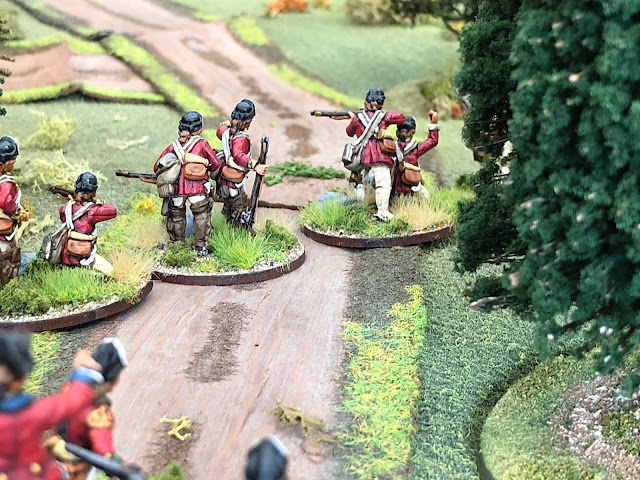 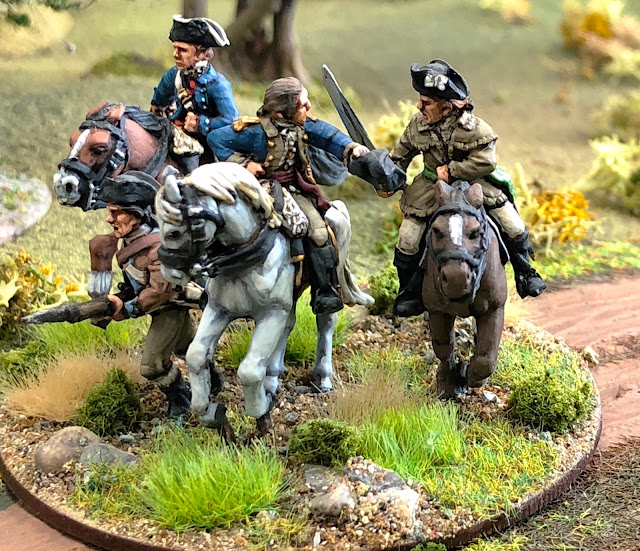 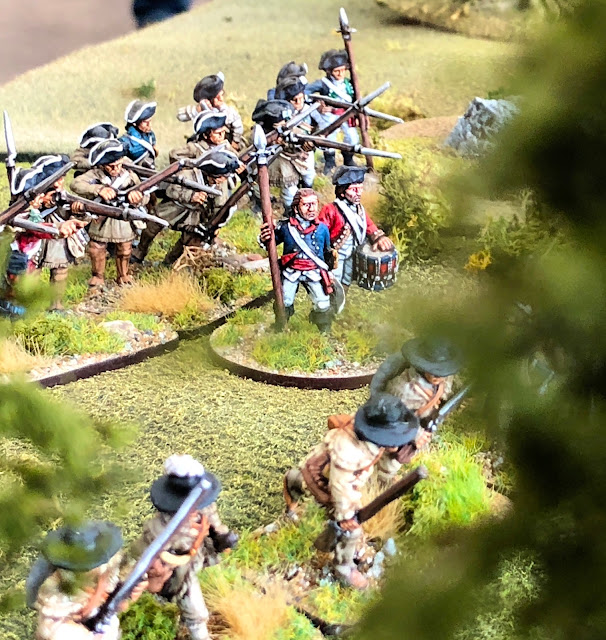 Dearborn's light infantry support Morgan's riflemen, before being routed by the 62nd Foot...