To test out some of the latest rule tweaks I have set up the table with some similarities to the Freeman's Farm scenario but in a slightly smaller space. This will let me set up specific situations to play through abd judge whether the rules work as intended and how much complexity they might layer on.

Below is some ground similar to the woods and fields arounf Freeman's Farm itself: 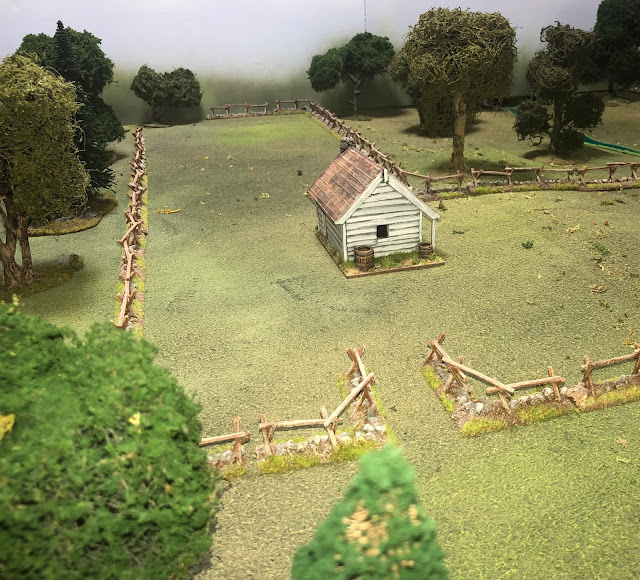 This evening I simply popped Major Forbes' piquets on the table, emerging from the woods...

...and discovering that Morgan's riflemen were in position in woods on the far side of the open fields in two sub-units and supported by Dearborn's light infantry: 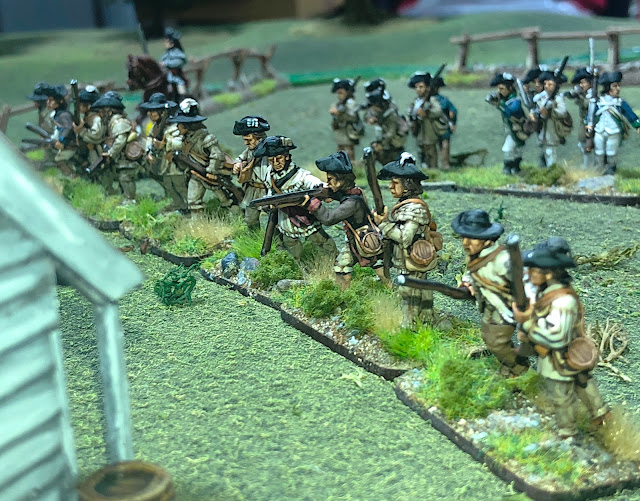 I just played through a couple of turns. The closest riflemen quickly inflicted 2DPs on Forbes with their first round of shooting. The British were only able to rally one of these in their own turn and suffered a further 2DP in the next rebel turn as Morgan brought more riflemen into range: 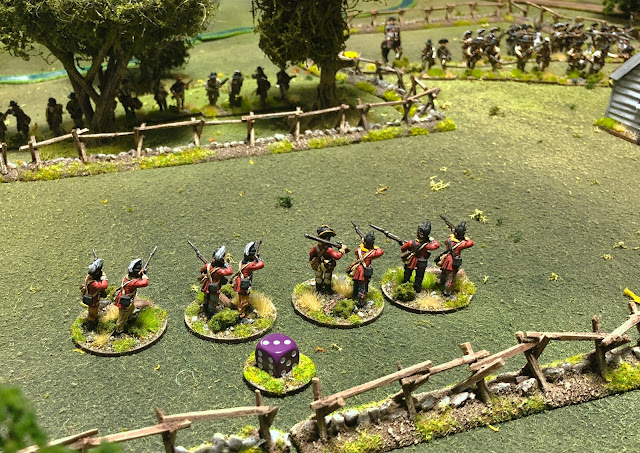 Forbes rolled just one action in his turn (not surprising with so much disruption). He opted to pull his men back, but with 3DPs this meant taking a morale test (under the recent rules adjustments);  two passes and one fail saw the British foced to fall back further, over the edge of the table and out of the game.
A quite historical result.
Let's see what happens when more British arrive...
AWI bloodybacks Saratoga