These are the three regiments of North Carolina continentals I have modelled for Eutaw Springs.

I’ve used Perry figures with one Warlord officer (the Rebellion! freebie). Flags are GMB and bases are from Warbases

The North Carolina Continental line was destroyed when the British captured Charleston in 1780. By late 1781 they had been reformed but only by pressing militia into the ranks. Most had no uniforms issued so I have reserved these for some officers and musicians, with everyone else in shirtsleeves. 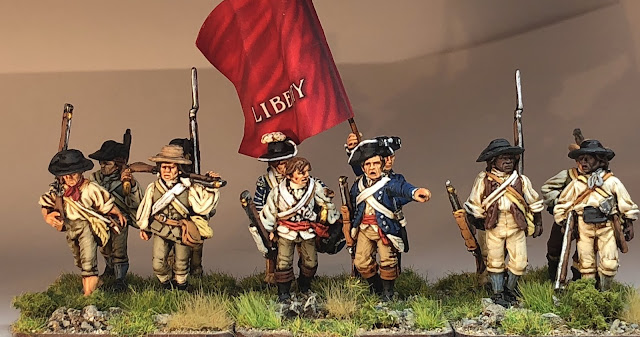 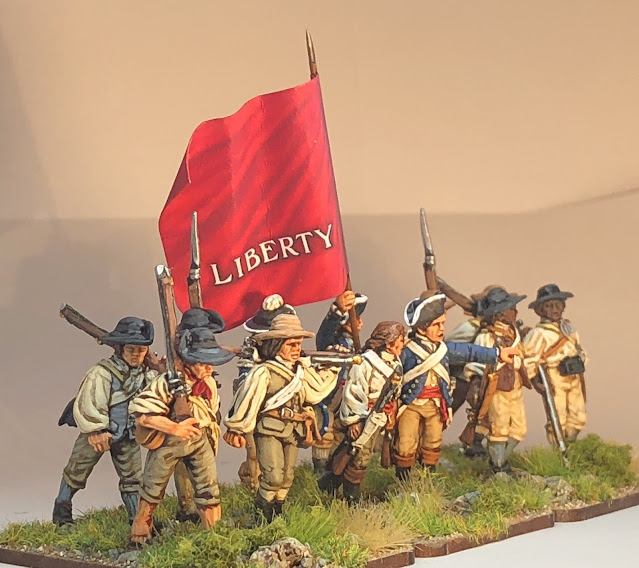 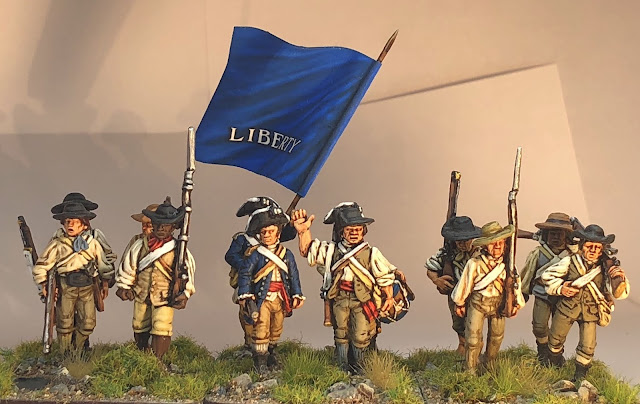 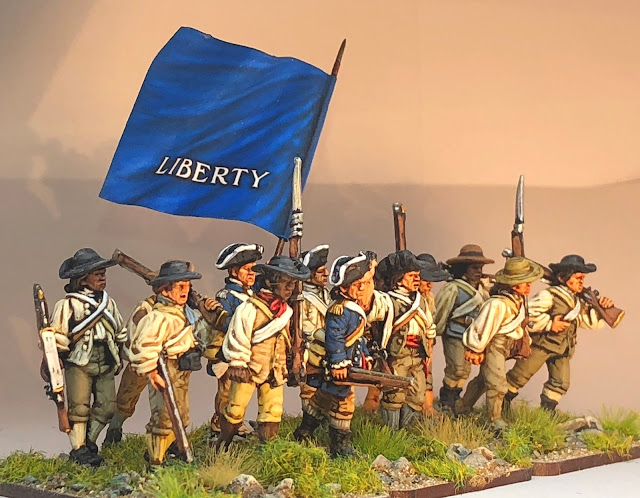 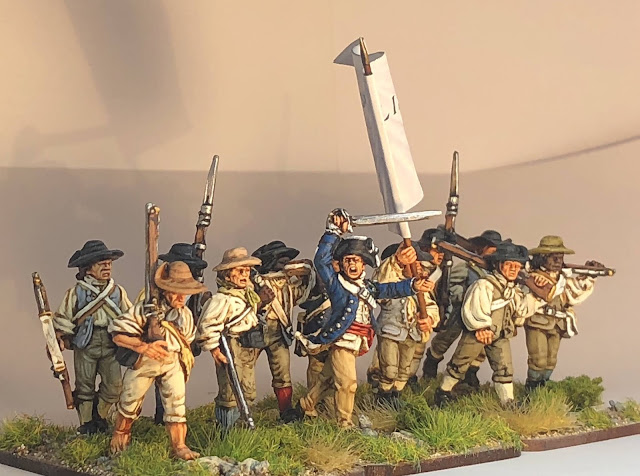 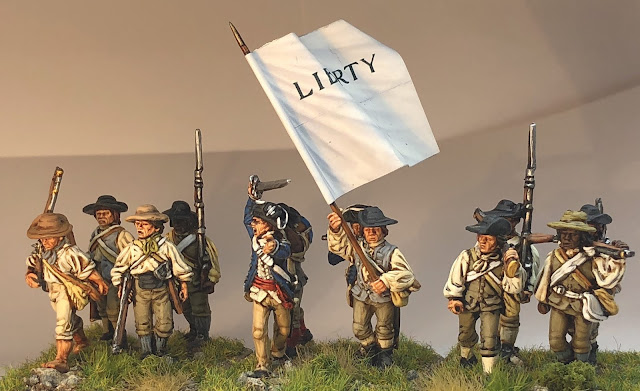 Finally, photos of a single combined unit made from the same bases: 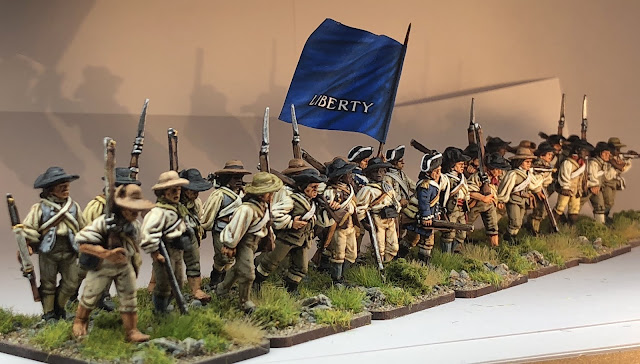 CelticCurmudgeon said…
What a terrific looking unit! You've done a brilliant job in catching the raggedy look of these units at this point in the war. 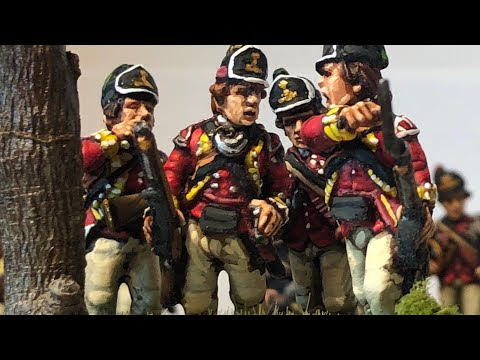