Alexander Smith was appointed Lieutenant Colonel of the 3rd Foot (The Buffs) in 1775 and Colonel in the army in 1780. He would eventually achieve the rank of Major General.

After Lord Rawdon was forced by illness to give up field command of Crown forces in the southern theatre, Stewart filled this role and found himself in command at Eutaw Springs, with the 3rd being led on the day by Major Thomas Dawson.

The figure I have used is one of the Perry pack of mounted British officers (figures I have painted many times!) but with a head swap using the spare one from the officer conversion for the 2/84th that I blogged about yesterday. The second figure is from the same pack, with no conversion and has been painted with green facings to represent either the army's assistant quartermaster, Lieutenant William Rankin in the uniform of the 45th Foot (one of his previous regiments) or an unnamed officer of the 63rd.

Any dustiness on the horses' legs and undersides is temporary. It is a side-effect of using a dry basing mix that includes a small amount of Polyfilla powder. It will brush off once all of the glue has dried.

Next on the painting table are the 63rd, but they might take a couple of weeks. 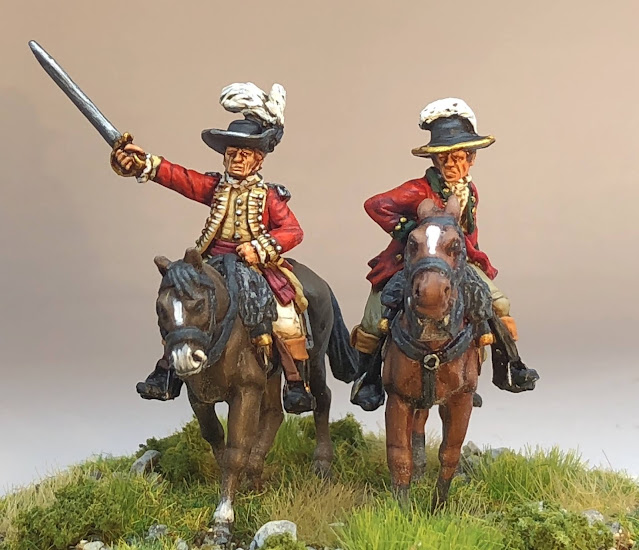 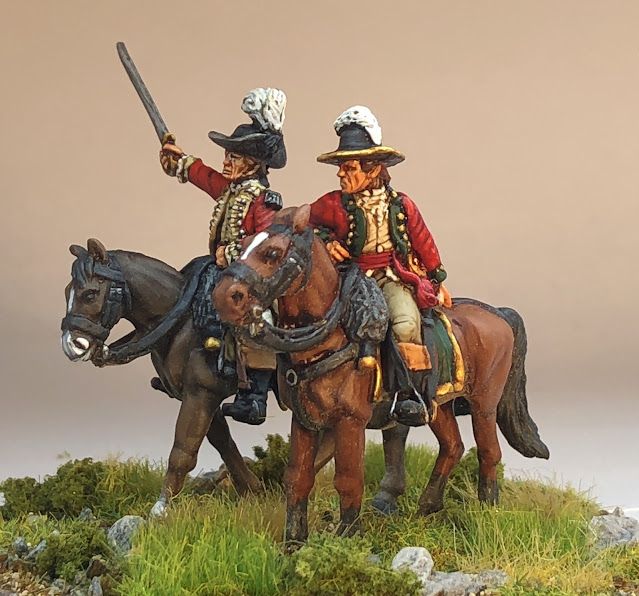 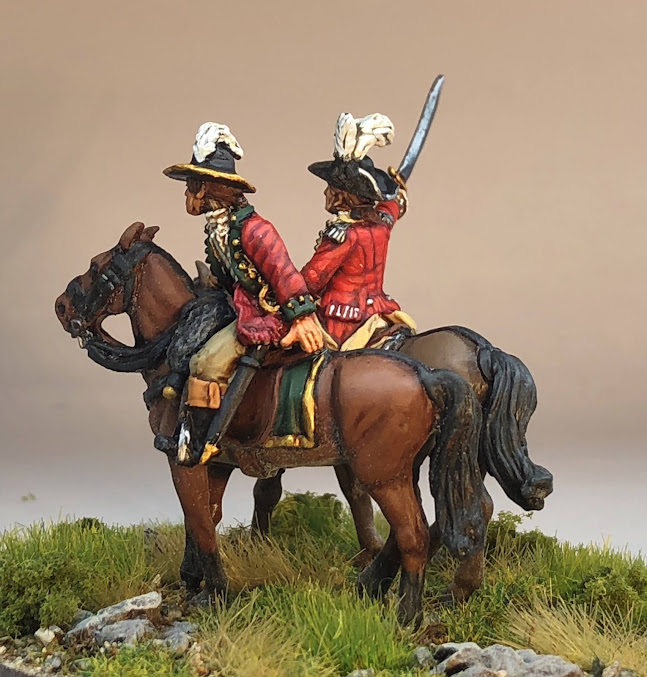 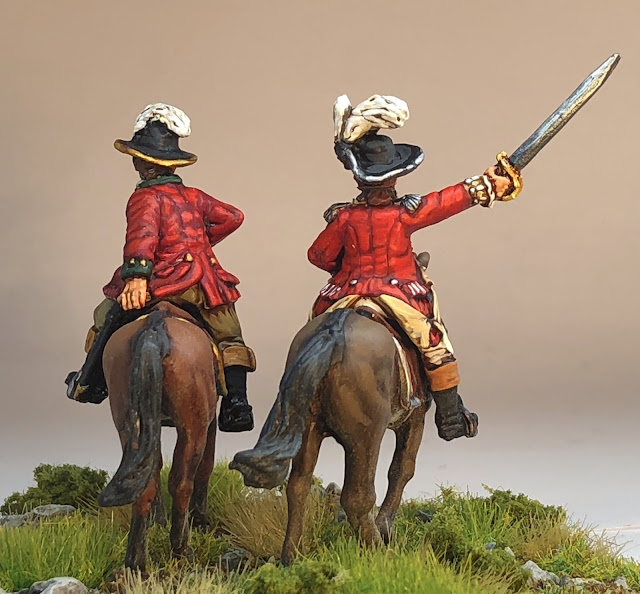