December 31, 2019
As the year draws to its end I thought I would round up the painting completed since my last entry. This has all been focused on building forces in 28mm for the AWI Saratoga campaign of 1777. This requires British forces in their specific Saratoga uniforms and Continental regiments with a high proportion of civilian clothes. The former aren’t much use for anything else, but the latter will fit in to other theatres of the war. This post looks at the British and a second will look at the revolutionaries.
Unless otherwise stated, figures are Perry Miniatures.
First we have the 9th Foot, who joined Hamilton’s brigade prior to the battle of Freeman’s Farm. While it is generally thought that standards were not carried by British regiments in the Saratoga campaign, the 9th flew one of theirs from the captured Fort Ann, so I have permitted them to have a base of standard bearers. Elsewhere I have modified standard bearer figures to be resting with muskets. 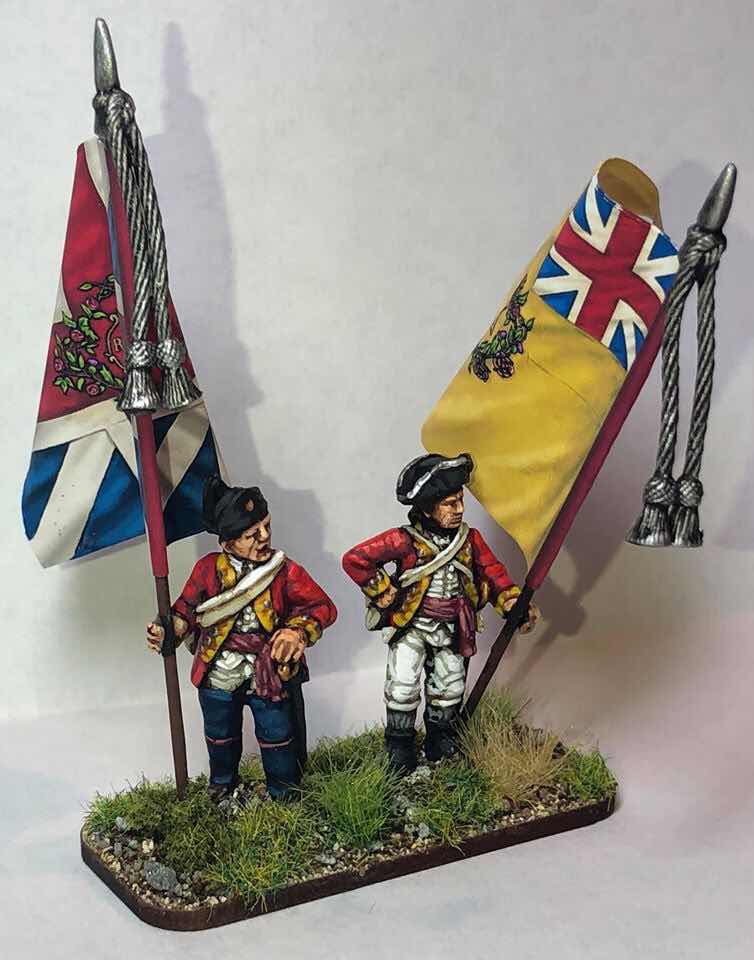 The 20th Foot were soon to join the 9th, giving me two regiments in similar yellow facings. This is not the easiest of colours but I just about managed to make one yellow a little lighter than the other.

I was then able to move away from yellow, to the blue facings of the 21st Fusiliers:

And to round off Hamilton’s brigade the buff-faced 62nd: 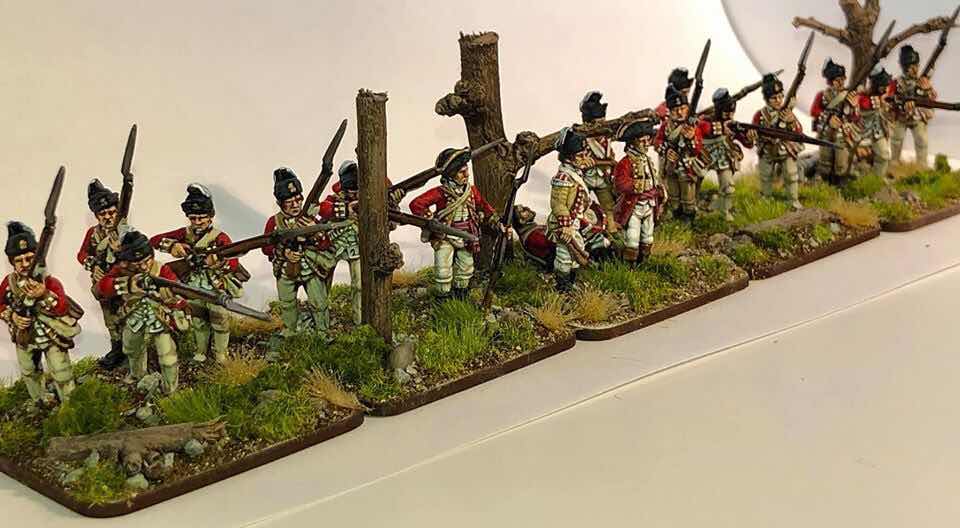 There were a few figures left over that nicely formed the skirmishers of the brigade, who took on Morgan’s riflemen in the opening stages of Freeman’s Farm:

What I haven’t pictured are the Royal Artillery crews supporting the brigade. Painted but not photographed!
I then made a start on Frazers’s brigade that formed the British right flank at Freeman’s Farm, beginning with the grenadier battalion. I divided the work in two as this was a large unit. Here is the first half-battalion, which also fought at Hubbardton: 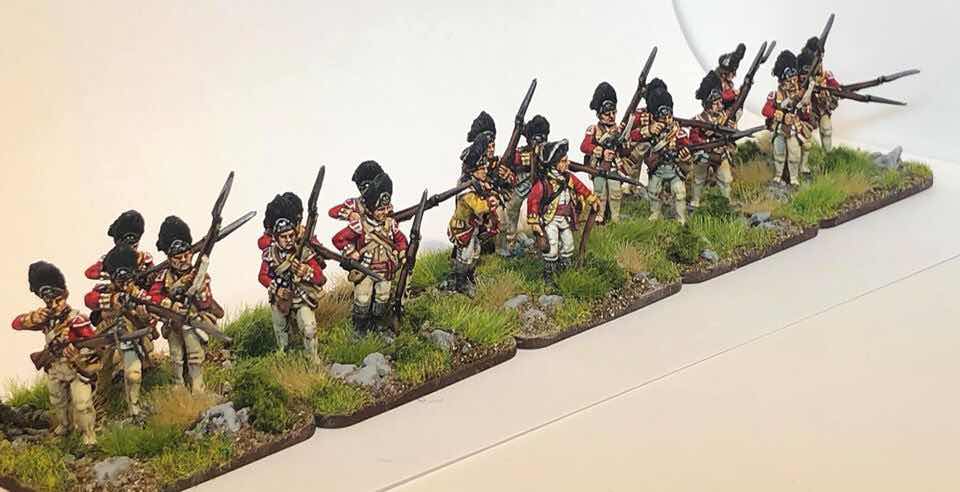 More yellow and buff!
In the last week I have started the other half battalion, who are still work in progress: 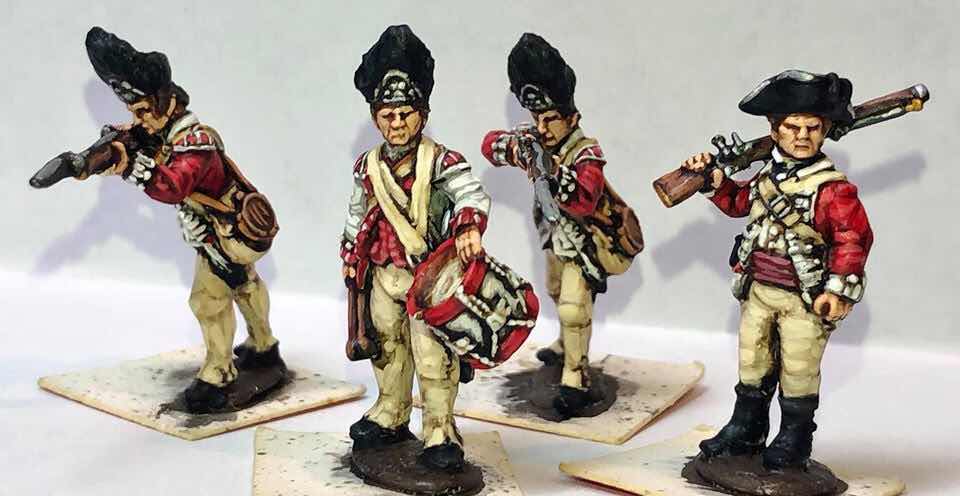 That’s it so far for the forces of the Crown. Still to add are light infantry and loyalists. In the next post I’ll look at the recently painted Continentals. I post more timely progress pictures on my Facebook paintingshed page.