Chatterton’s Hill at The Other Partizan 2019

August 19, 2019
Yesterday I staged a refight of Chatterton’s Hill (Oct 1776) at The Other Partizan show in Newark (UK).
There is a scenario for this battle in scenario book #1 for British Grenadier and I wrote one for the Rebellion supplement for Black Powder. Both are aimed at  a 6x4 table. For yesterday’s game I did some extra reading and tried to scale the scenery more towards the actual terrain as I understood it.
The table I set up was 10’ long and between 5’ and 4’6” wide. I used terrain cloths over lots of boxes, bits of wood and coir doormats to create the steep sides of Wolf Pit Hill and Chatterton’s Hill, with the Bronx River running through the valley between them. The top of Chatterton’s Hill was left fairly flat to accommodate fields, walls and fences as per the limited contemporary accounts.
Ground scale is around 1”=10 yards (horizontal and vertical)
Here are views from the North and South edges: 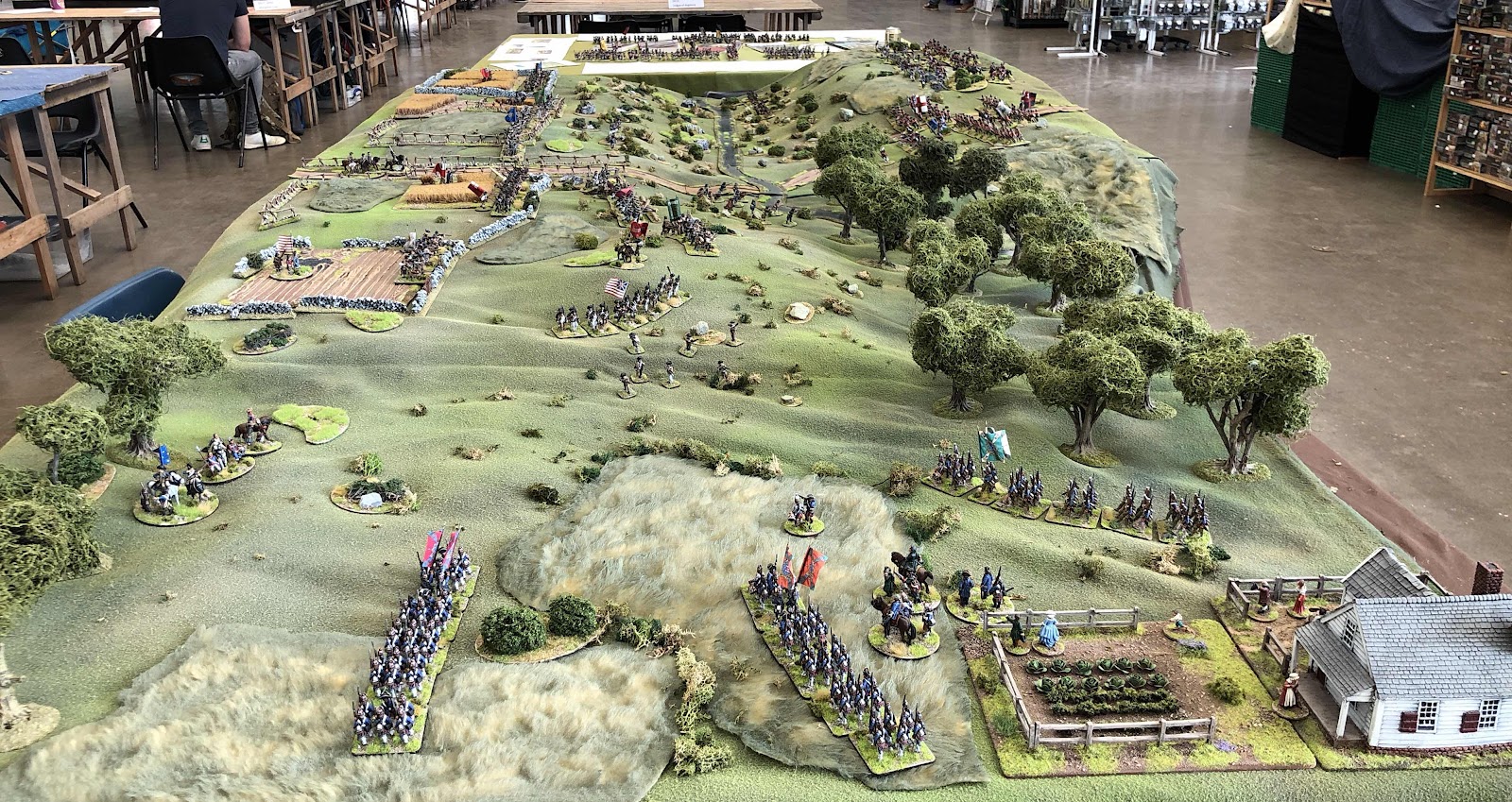 The farm was added for interest rather than accuracy and played no part in the action.
The game played well using the current version of my Bloodybacks rules with an addition to limit artillery ammunition and prevent the guns dominating proceedings in an unhistorical way.
The British artillery bombardment did have an attritional effect on the defenders and played its part but despite there being two whole batteries (6 model guns) it was still necessary for the infantry to assault the Hill and take significant casualties to a number of redcoat and hessian battalions.
The game followed history fairly closely, with the militia and continentals putting up a stiff resistance and the Crown eventually taking the ground.
Some photos below: 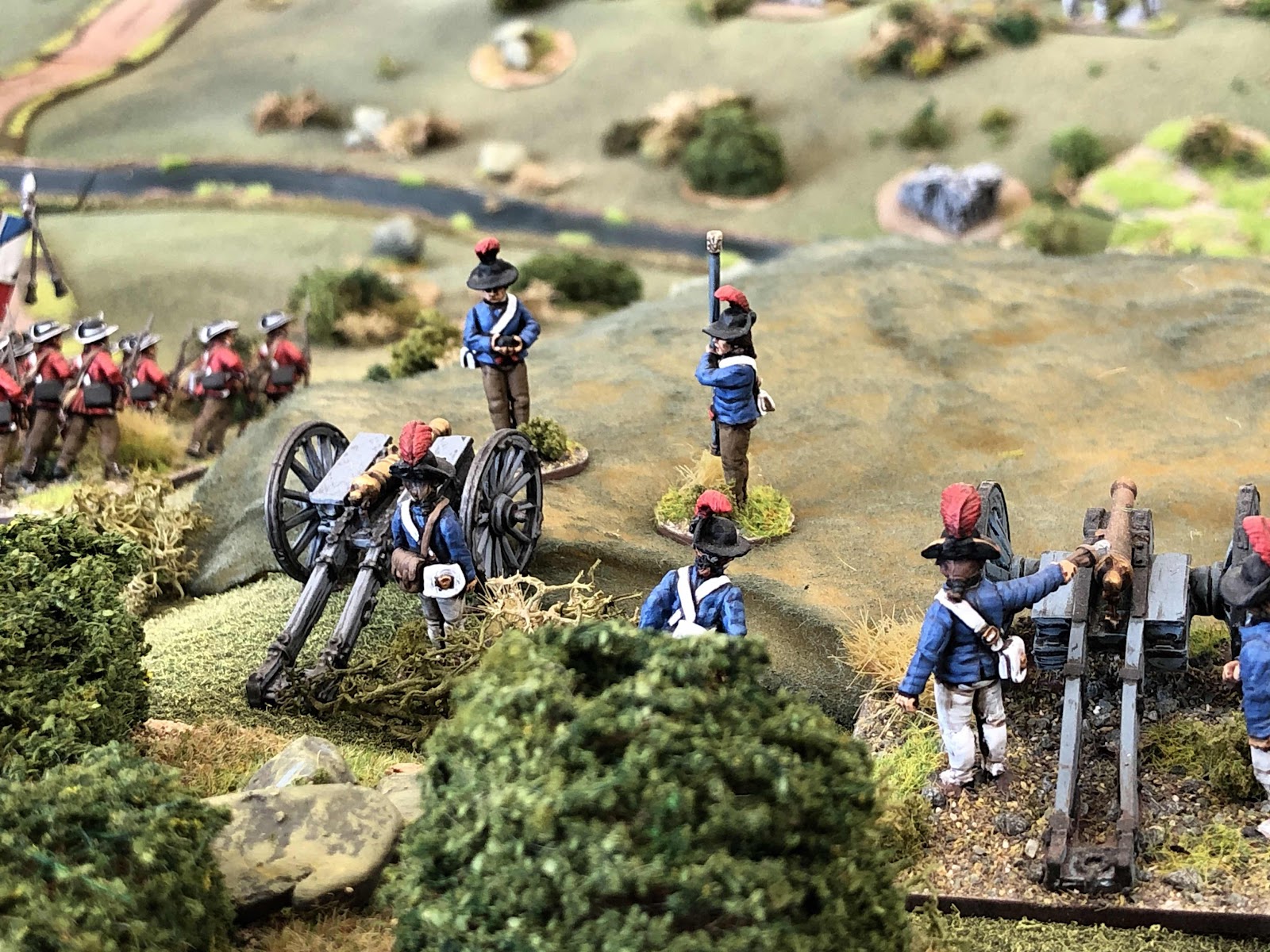 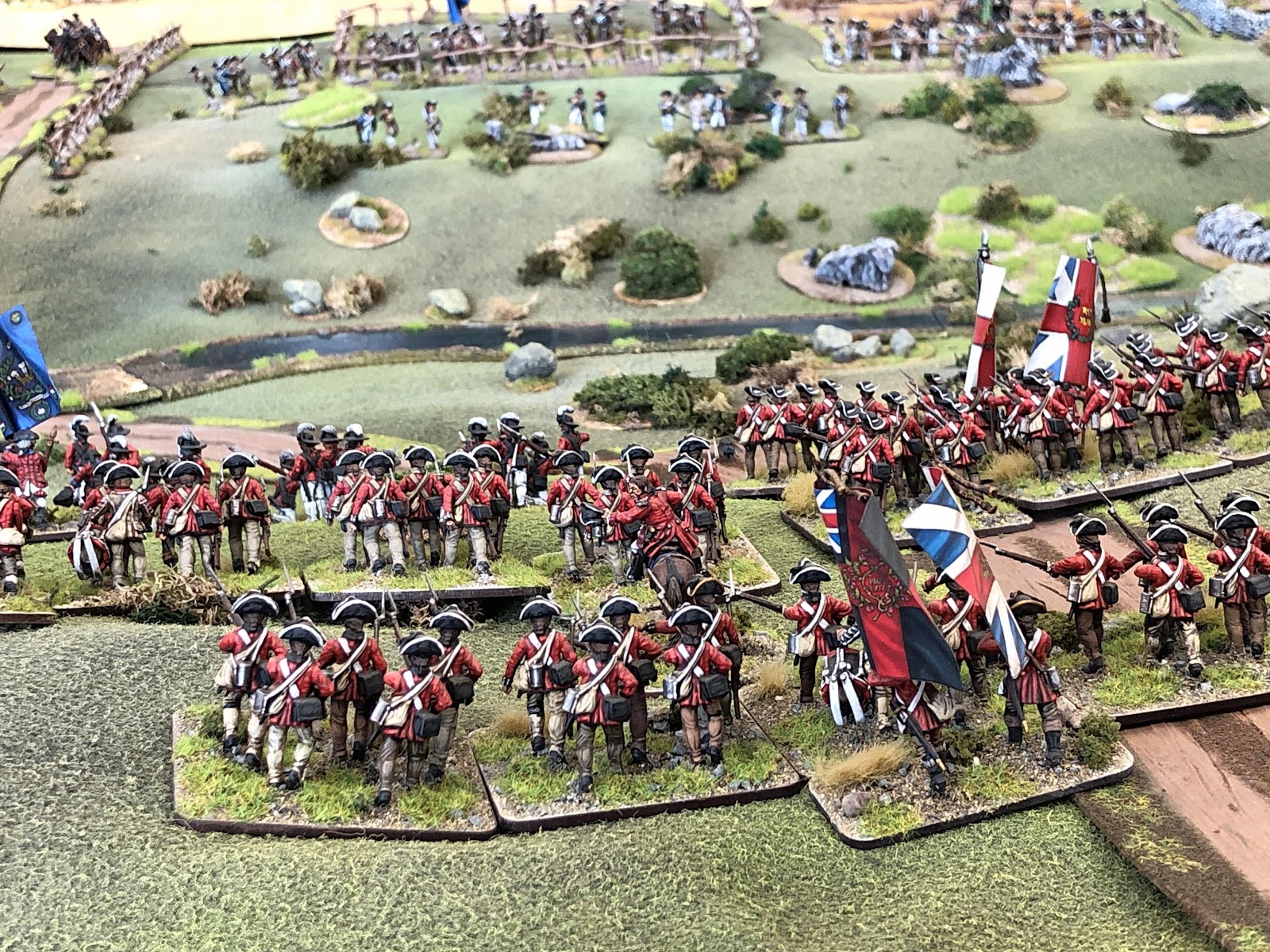 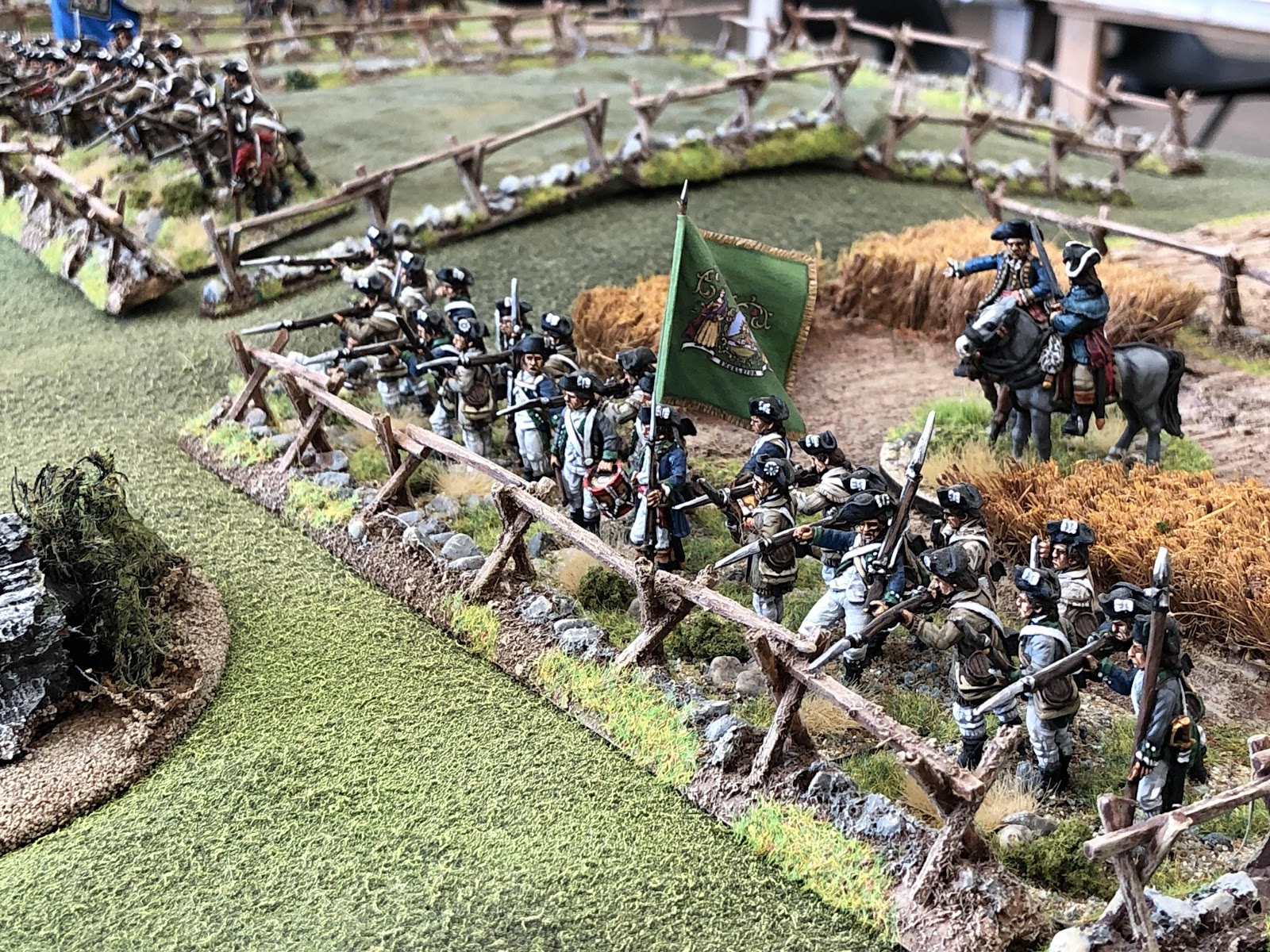 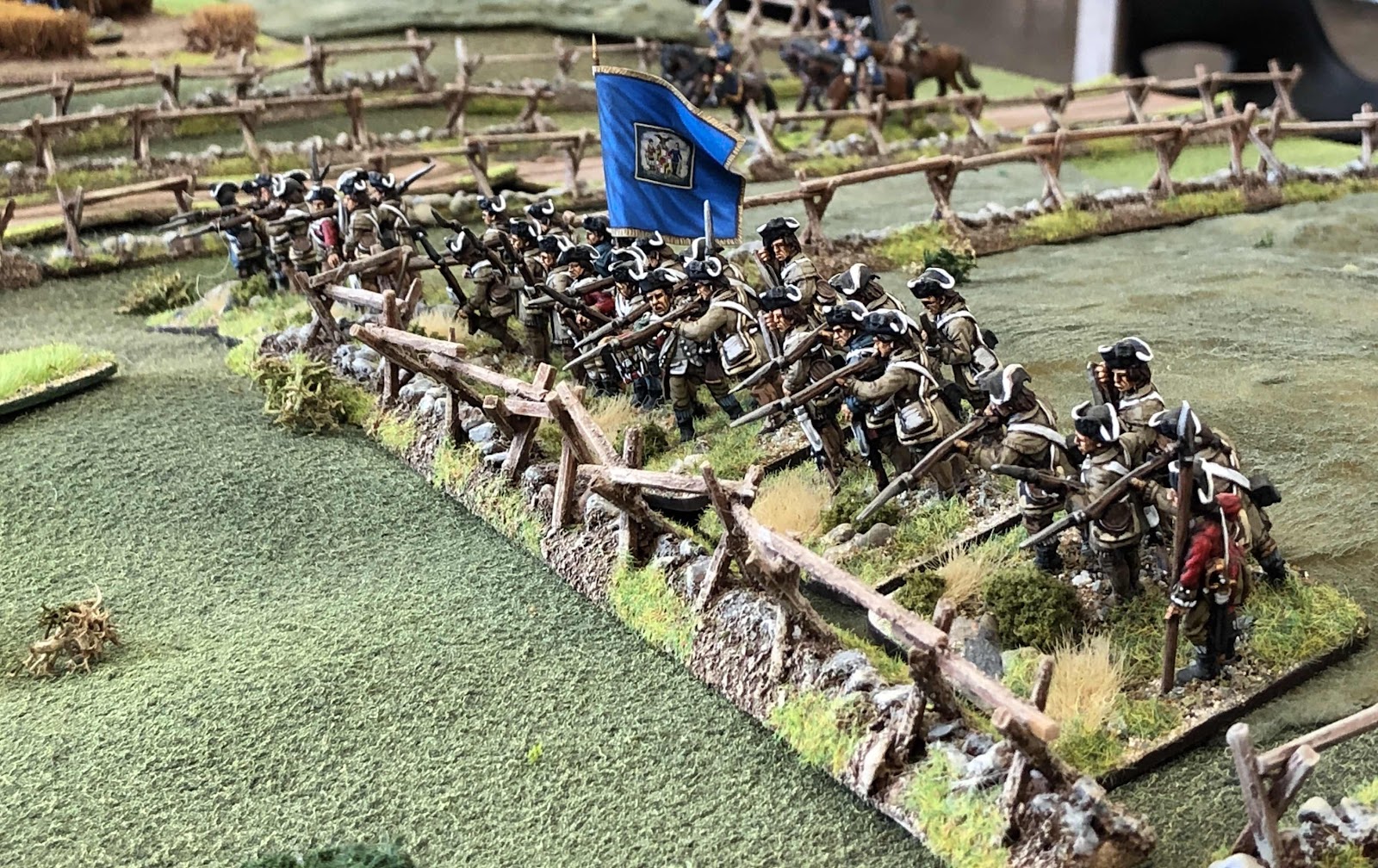 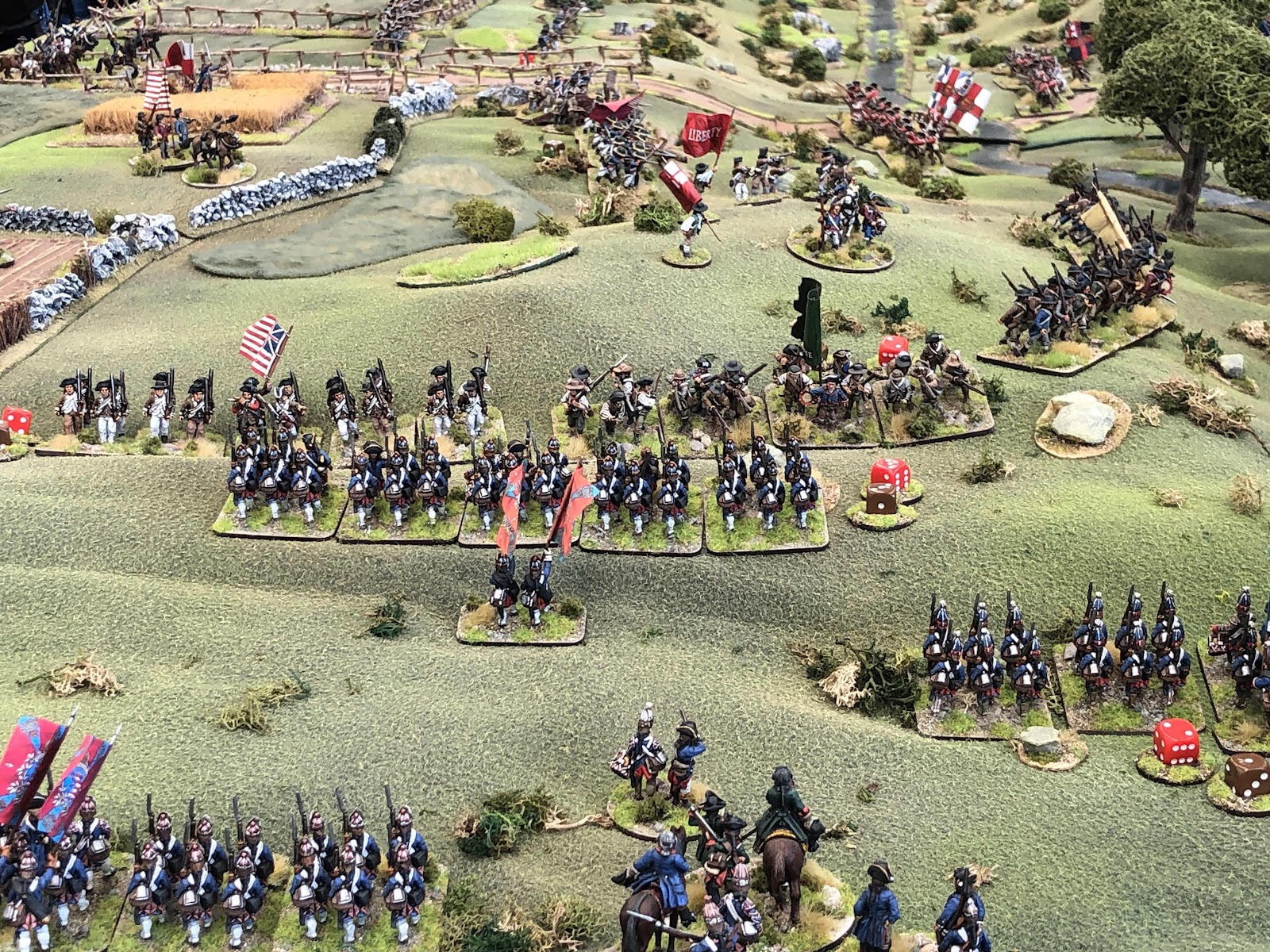 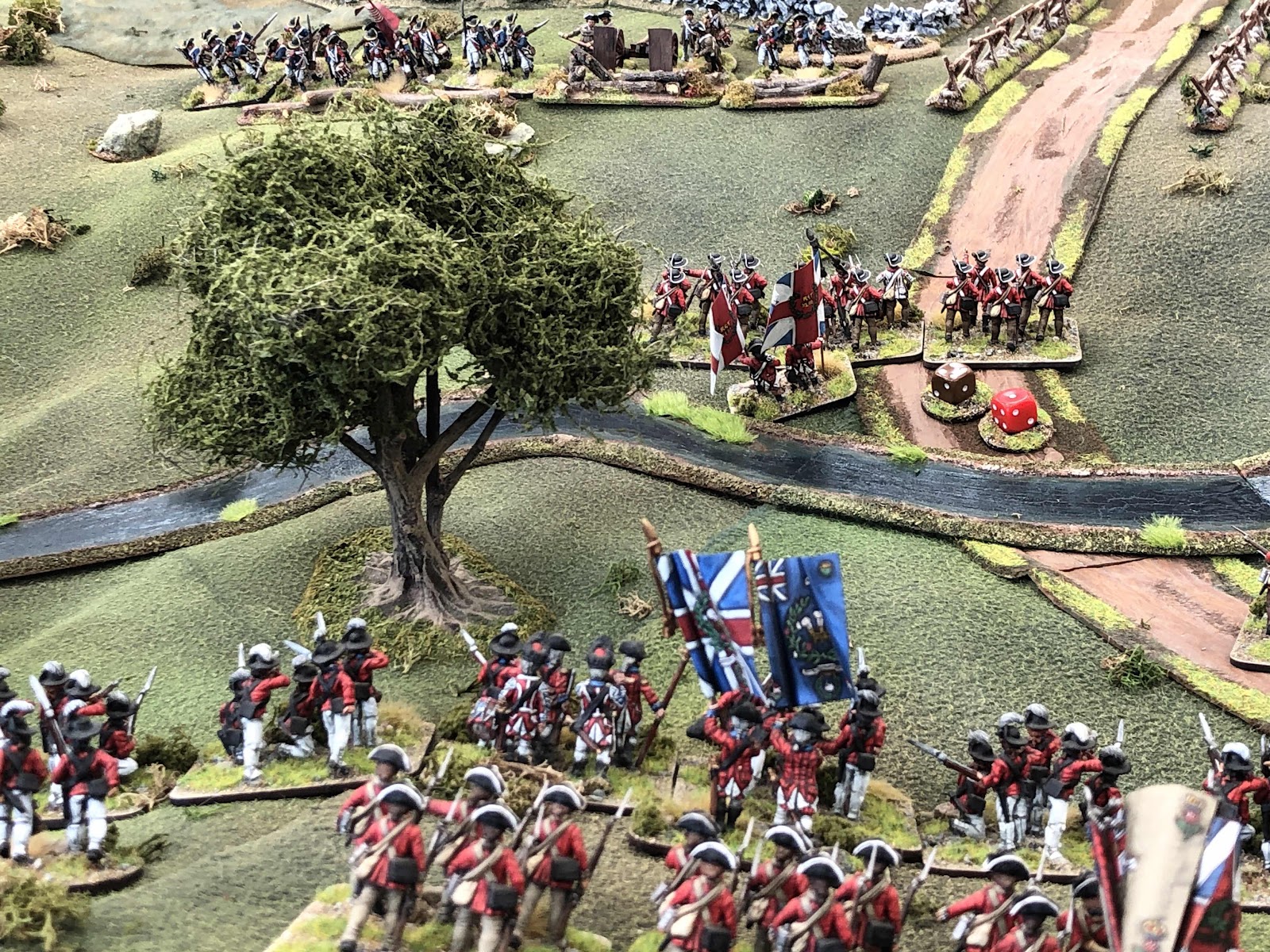 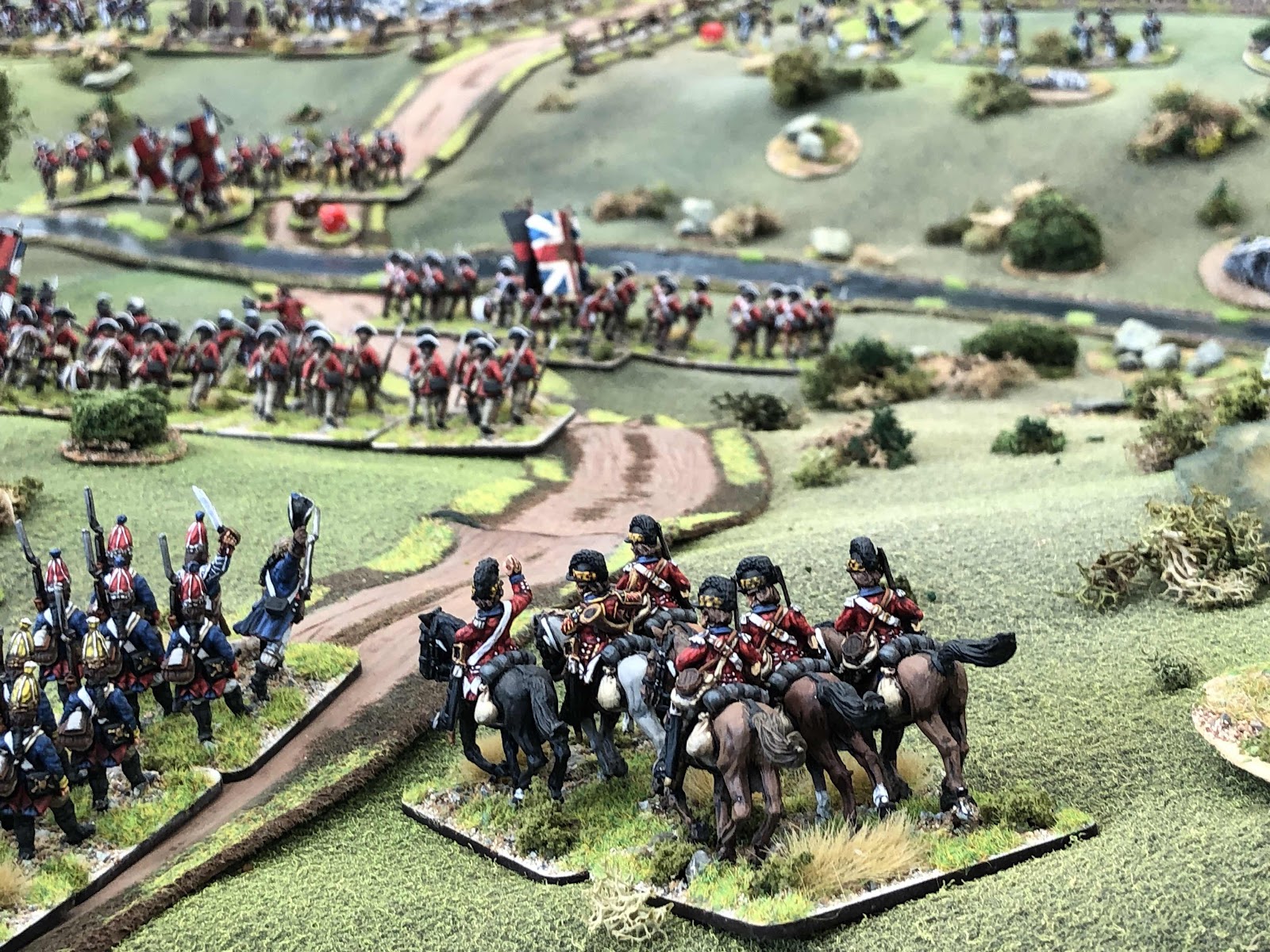 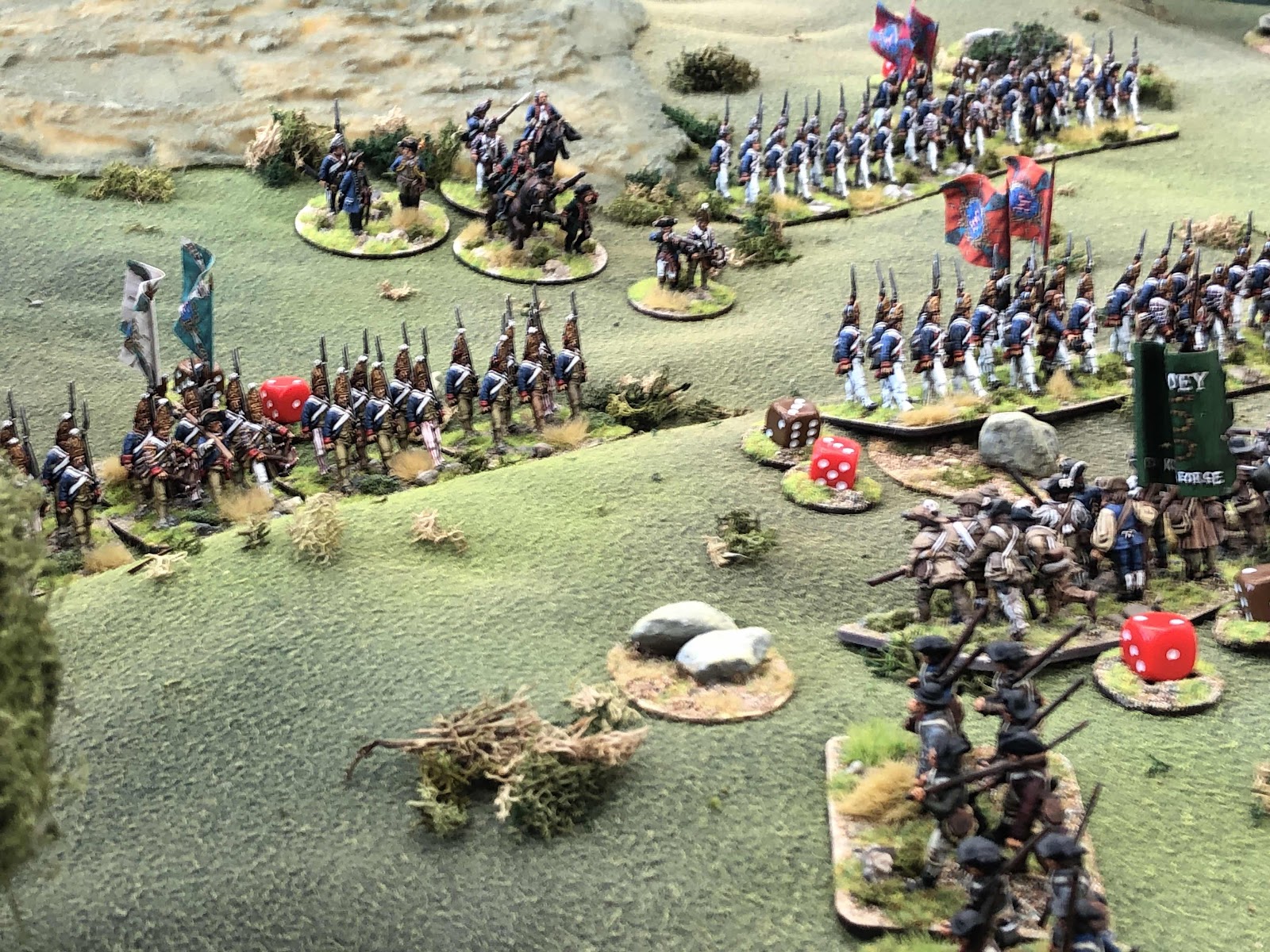