Eckmuhl at The Other Partizan MMXVI (2)

August 21, 2016
A top day at "TOP" at Newark Showground. We had over 750 people through the door as well as lots of traders and gamers.

I didn't get a long look at other games, so here are a few photos of mine: 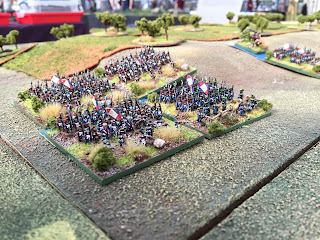 2. Same Division from the rear, to show the latest version of my unit markers: 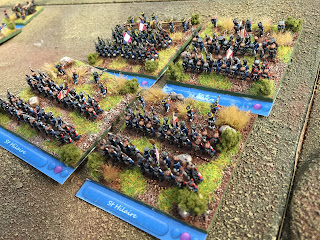 3. The battlefield viewed from the SouthEast (the terrain honestly looks more colourful "in the flesh"!: 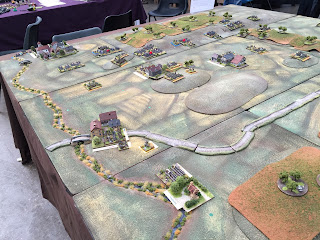 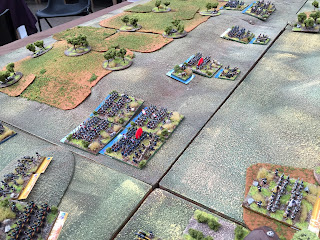 5. Austrians sit on their hill: 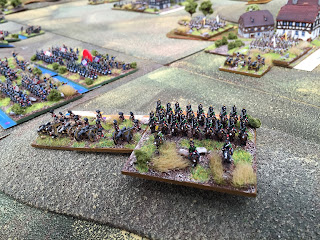 6. Bavarian and French troops prepare to knock the Austrians off their hill: 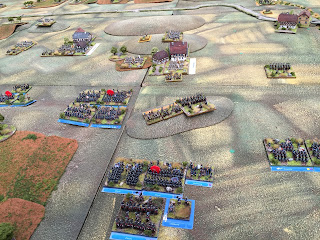 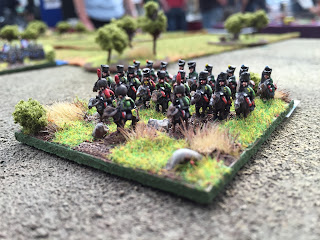 8. An Austrian regiment wonders where the rest of the army has gone: 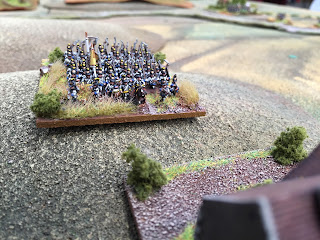 I managed to play through the entire battle once, and got half-way through a repeat before the end of the day. There seemed to be plenty of interest despite the diminutive nature of the army and it was good to chat to people. David Wright gave me a run-down of the Wurttemberg army of 1809 so after talking with him I went and bought his book: 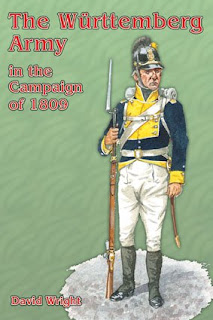 The Wurttembergers certainly seem an interesting part of the Grande Armee and I'm looking forward to painting them up as part of VIII Corps as I attempt to round-off my 6mm 1809 collection by the end of the year (basically more Bavarians, Rhinebund etc and some Hungarian Insurrectio troops wouldn't go amiss).

Hope anyone who came to the show had a good time, and those who missed it will make the trip next May and/or August. Keep up-to-date at http://www.partizan.org.uk/
6mm naps Partizan