June 25, 2016
The campaign has now moved on. Below is the situation at the end of May 1780. Continental forces continue to gather at Hillsboro NC and Richmond VA, but have lacked the command rolls to move further south. 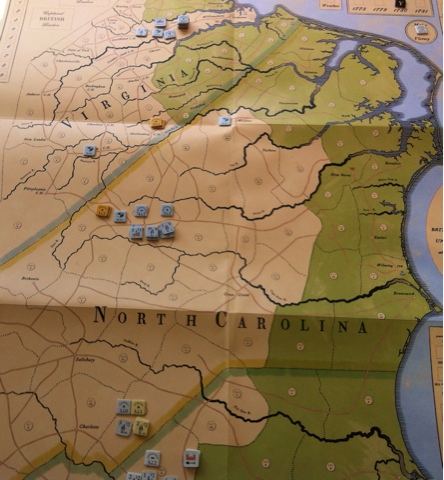 The British have established themselves in Georgia and South Carolina. Cornwallis is poised to invade North Carolina... 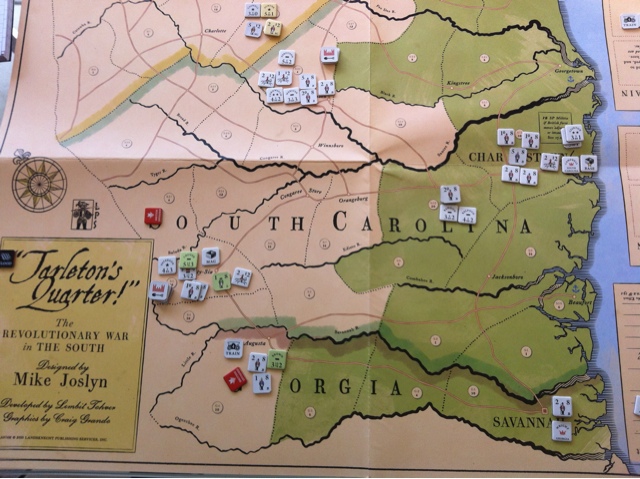 June began with the withdrawal to New York by Clinton and 4,000 regulars, rather weakening British forces, however Cornwallis moved across the border to Winnsboro to engage the militia. In return these chaps fell back to Charlotte to join up with another 1,000 of their brethren. Corvallis followed up and we have our next battle.

2,200 Carolina's militia will now attempt to stand their ground against 2,000 British and Provincials and about 120 cavalry. Should be fun. 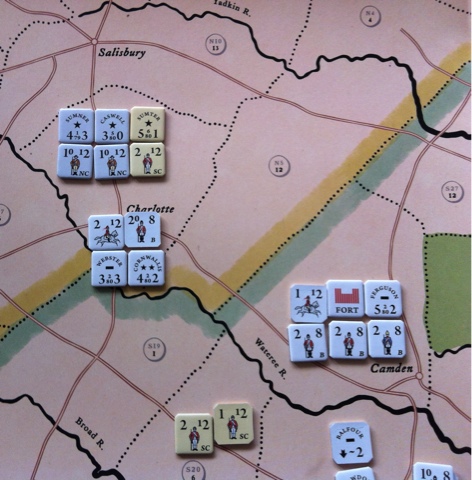 I realised during this turn that I had Sumter on the board too early. Sumner should have started on the map with Sumter arriving in June. I don't mind. His presence licensed things up!