June 20, 2016
The clash between Patrick Ferguson's small column and General Sumter's militia horde has been determined to occur near the settlement of Drooping Boulder some miles west of Camden.
As the militia got the drop on the Crown forces I have based my scenario loosely on the real battle of a Hanging Rock.
Ferguson's men have encamped with a river to their rear and have been shocked to find rebel miltia emerging from the woods to the north and west.
To adapt the boardgame to the tabletop I did the following:
Ferguson has a tactical rating of "2" so I allowed him 2 subordinate officers, Sumter's rating of "1" nets him a single second in command.
Each strength point gets one small unit, two can be used to purchase an average sized unit.
Ferguson fields an average sized British regular battalion (Royal Welch Fusiliers) with a 1st line rating, a small unit of Queen's Rangers infantry (2nd line), 3 small units of British Legion cavalry (2nd line) and a small unit of 17th Light Dragoons (elite).
Sumter fields 5 average sized South Carolina militia units, one small unit of militia riflemen and a small unit of militia horsemen.
The battlefield looking NW: 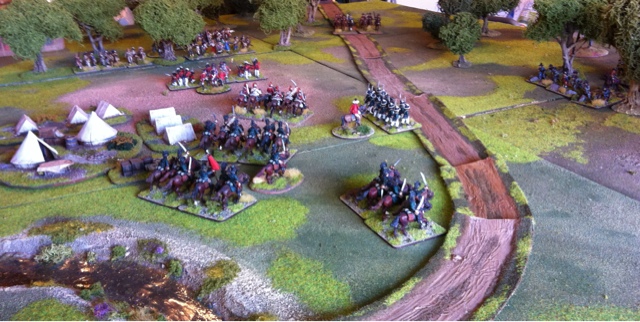 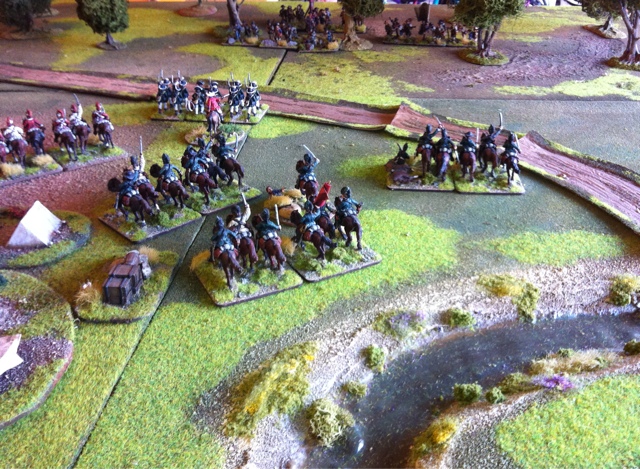 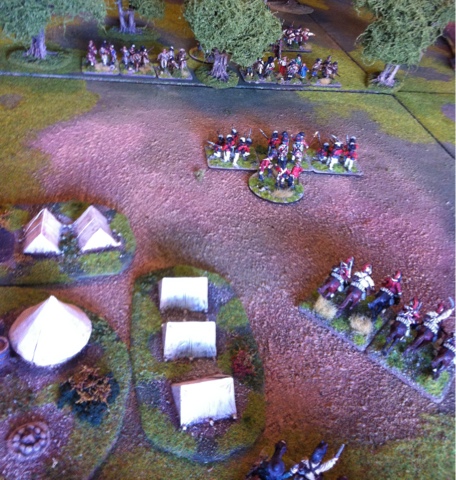 The militia cavalry link the two wings, ready to swoop.

Just one question...
...what is it with Ferguson and getting ambushed in the backwoods?
AWI southern campaign