November 07, 2015
Today I played through "Stars and Bars" a game covering the Battle of Perryville (1862, ACW) from issue 30 of The Wargamer magazine (1984).
Below are photos of the set-up and the first few turns. One turn is approximately one hour and most counters represent a brigade of infantry or a regiment of cavalry. Hexes are scaled to be 400 yards across.
3am: Union III Corps prepares to advance on the encamped Confederate army: 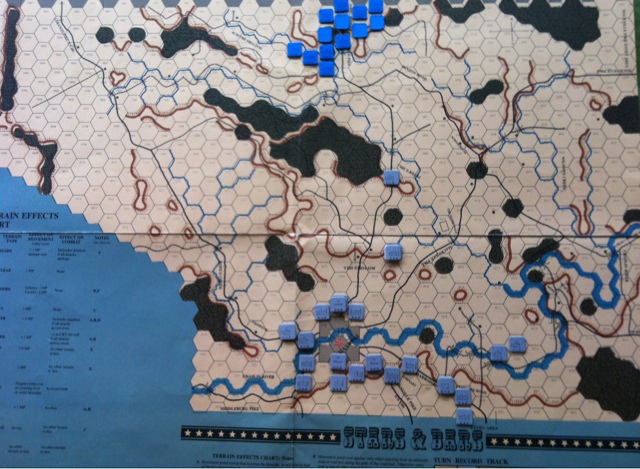 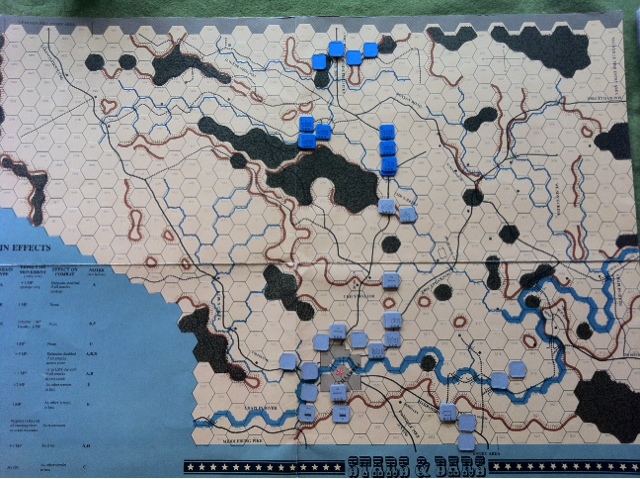 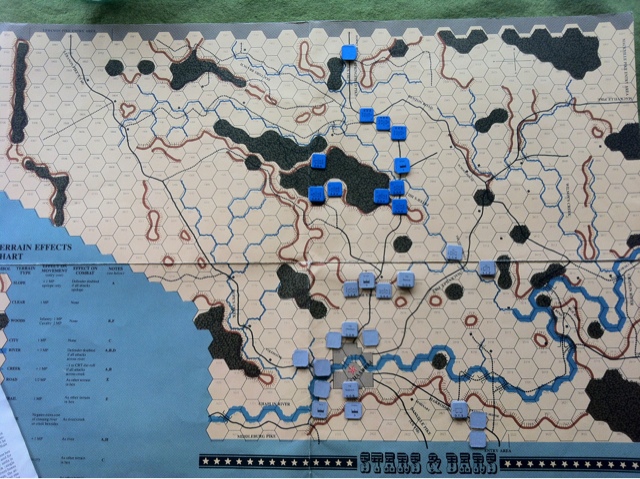 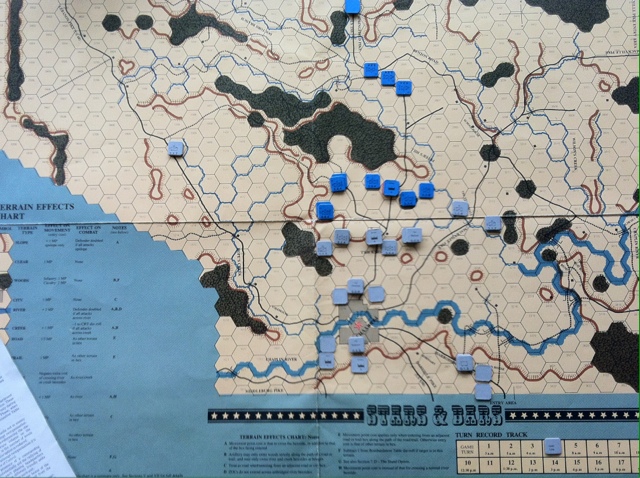 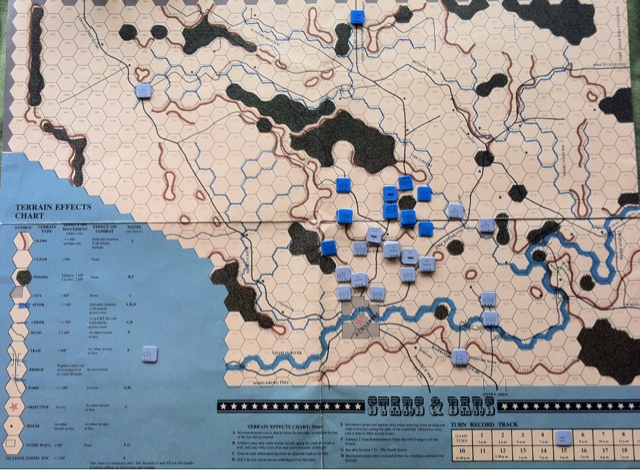 Both sides reinforce the fighting: 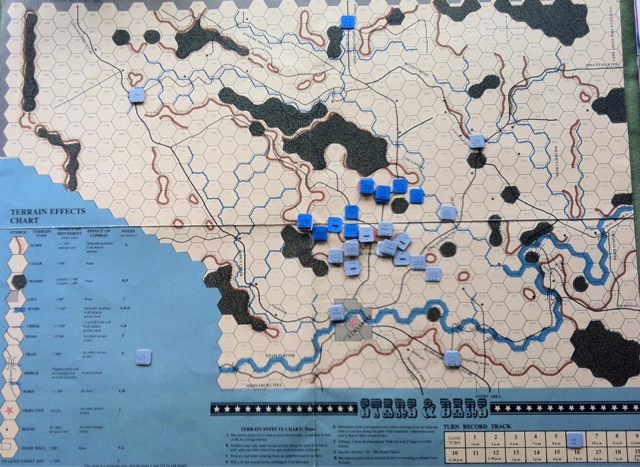 Before exhaustion forces a lull and a chance to regroup: 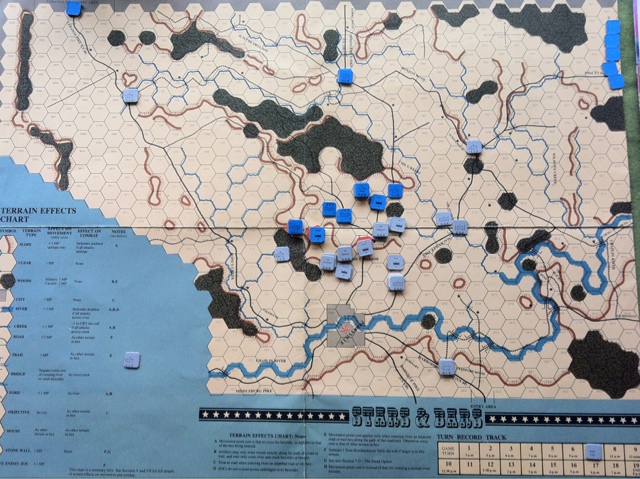