March 18, 2012
This week I have mostly painted this warlord and finished the basing on some cavalry who only got half way done on my Big Basing Weekend (TM).

The warlord has been painted in the style of Arthur from Bernard Cornwell's "The Winter King" although I am still unconvinced by the silver shield. The metalwork in general features a lot of Anita's Acrylic metallic white over a silver base to enhance the cold stark effect. The figure has been based with a couple of Gripping Beast wolfhounds rather than a second figure (as originally planned and painted) because I think this just works better. Arthur is always a bit of a lonely figure in legend and literature.

Next week, a base of skirmishing light cavalry...probably :-) and a game of Dux Bellorum. 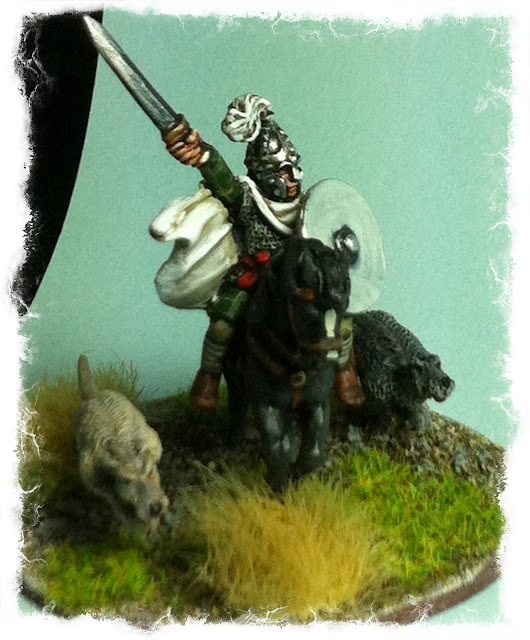 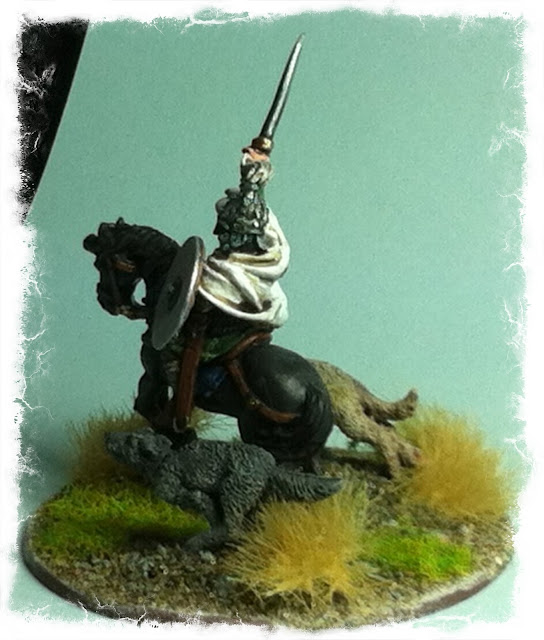 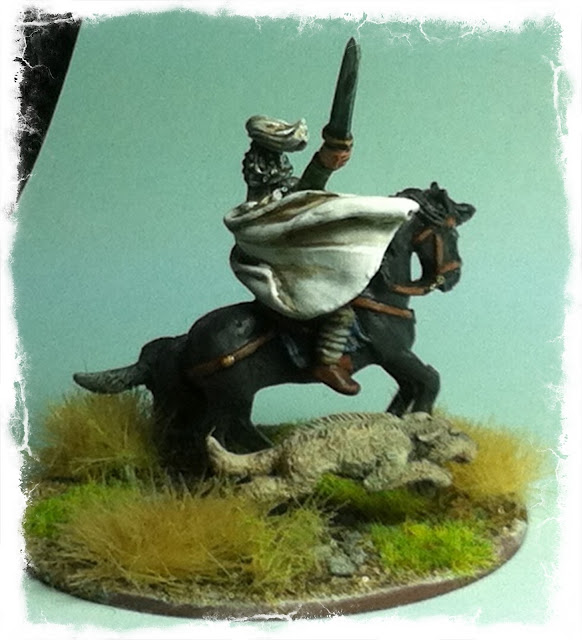 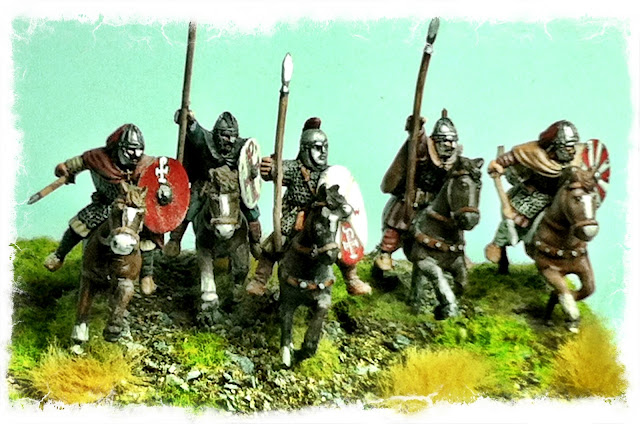