After a slow couple of weeks I have finished the first wing of my British light infantry for the Saratoga campaign. This is the wing who fought at Hubbardton as well as in the two larger Saratoga battles.
I have used Wargames Foundry figures; light infantry in helmets with horsehair plumes (5th Foot) but I have filed down their stockings and gaiters to look like overalls. A fair compromise to get the look I wanted.
The small command base is intended to represent the LI commander in the Saratoga campaign, the Earl of Balcarres. 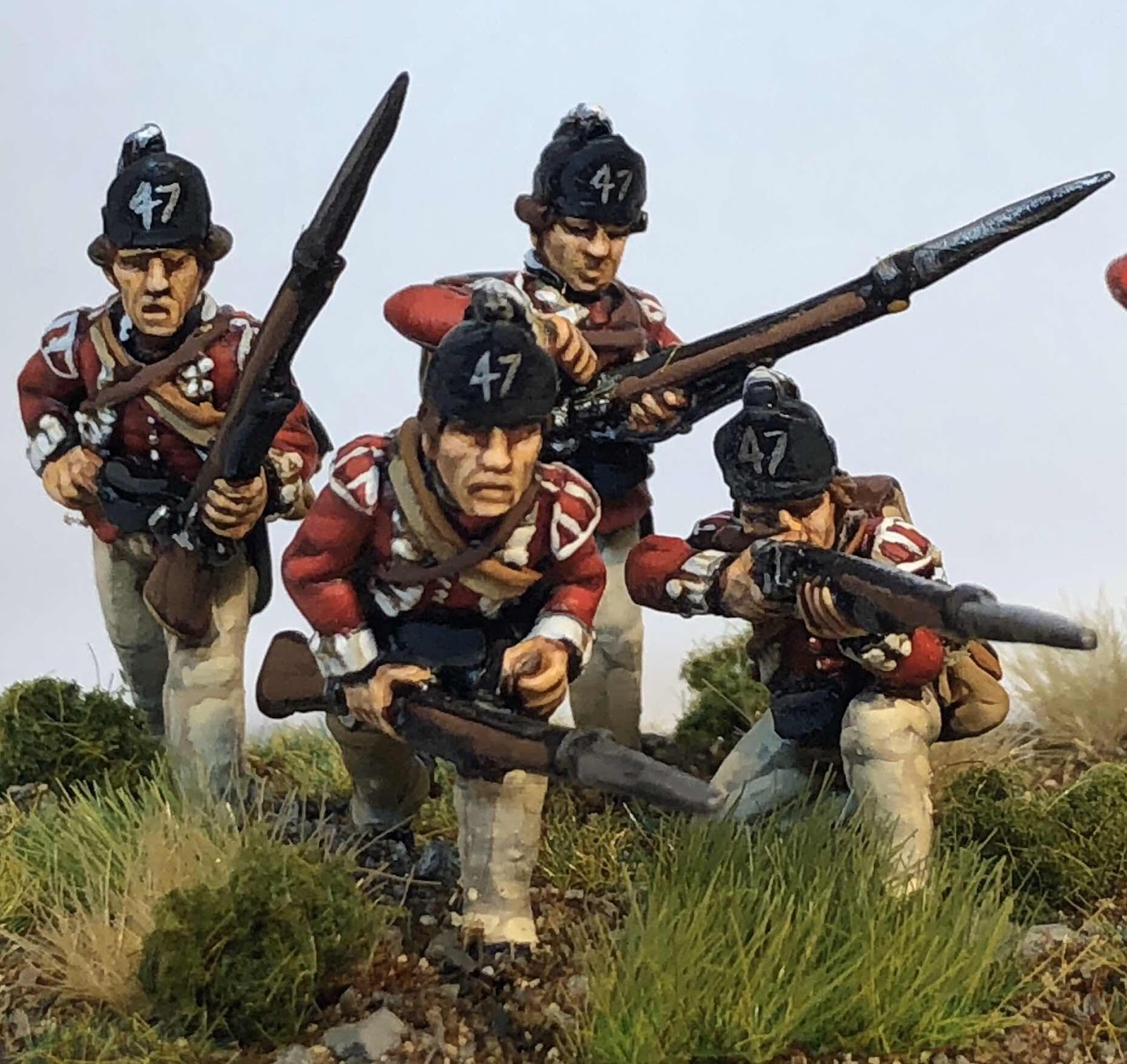 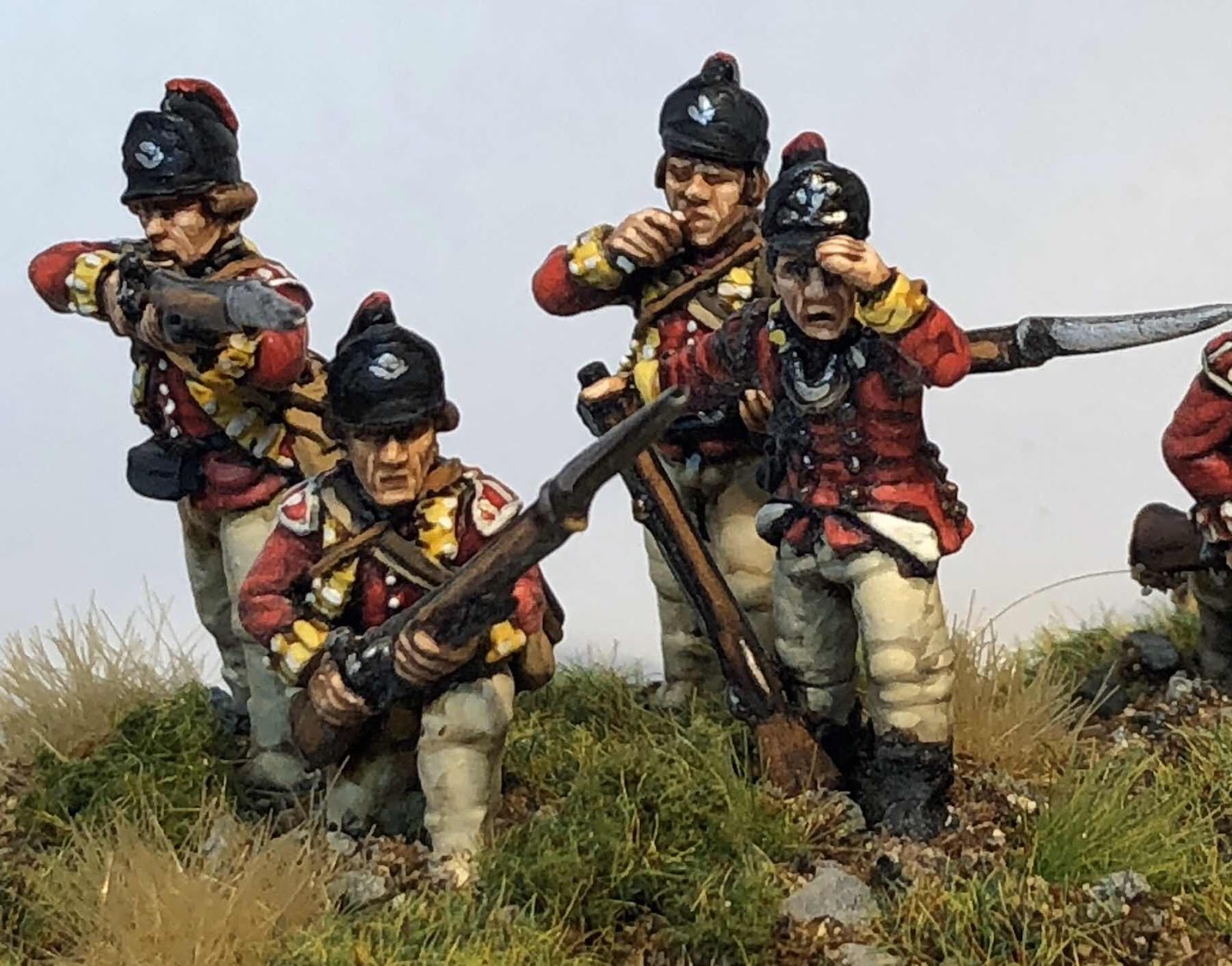 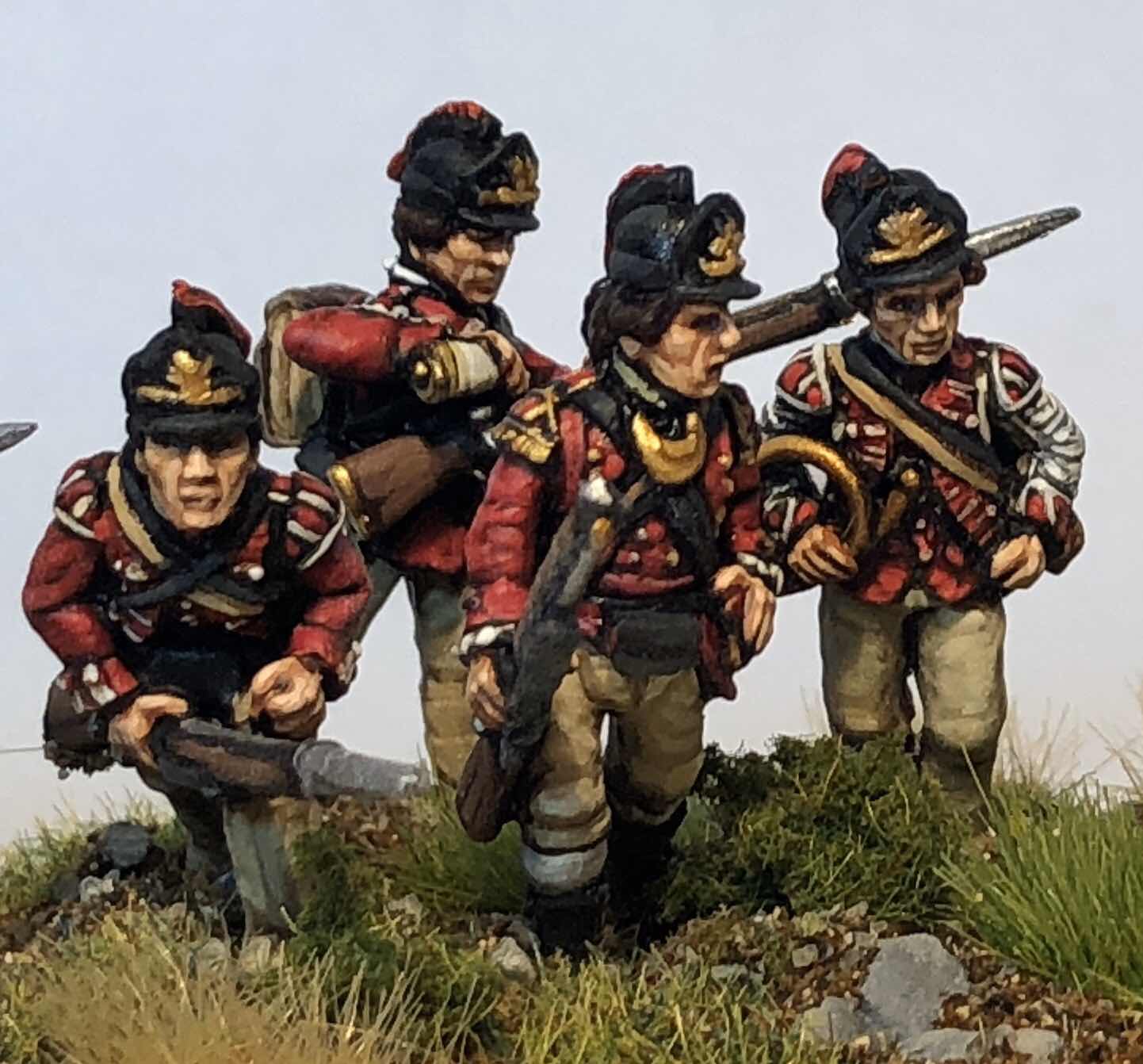 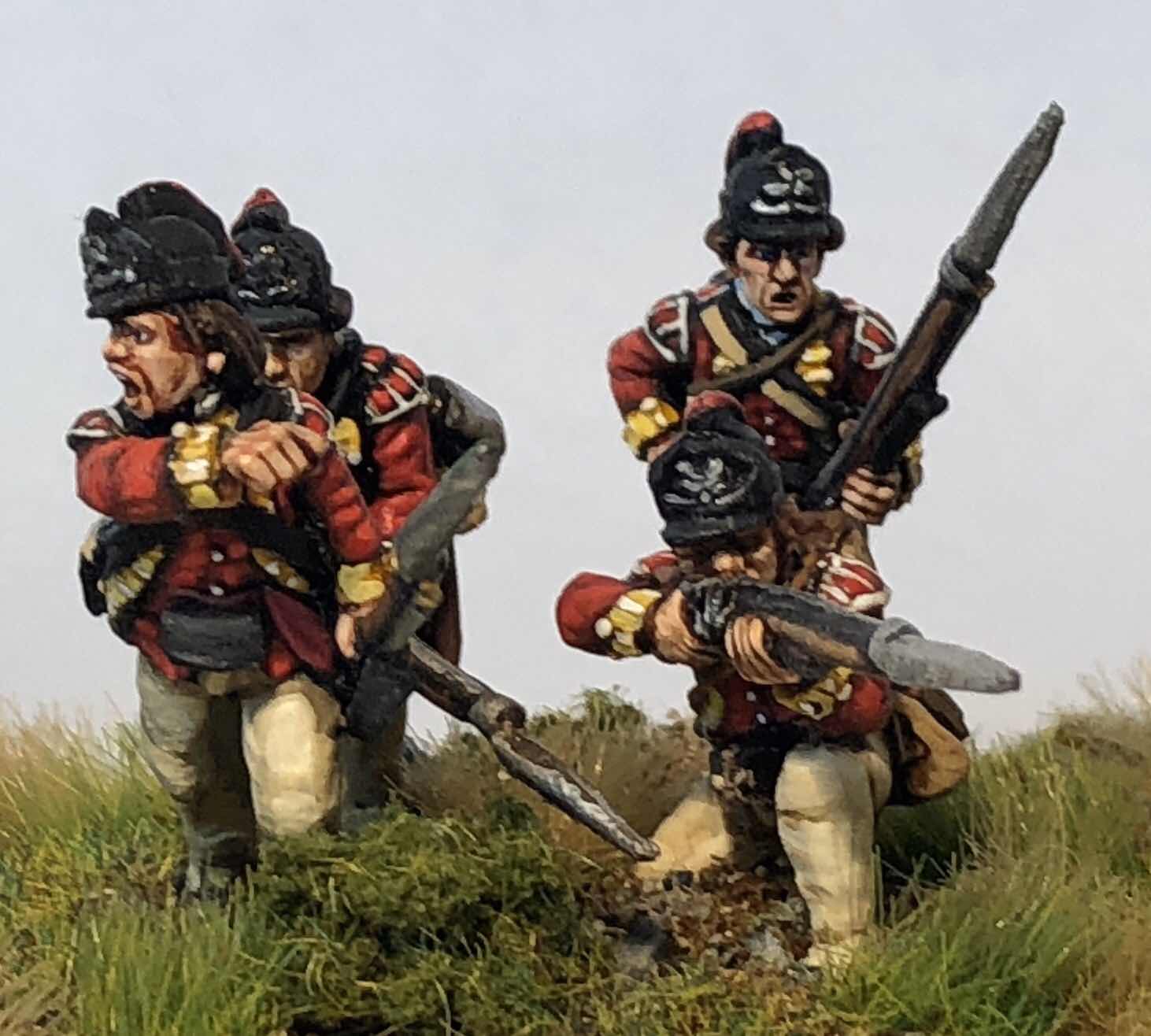 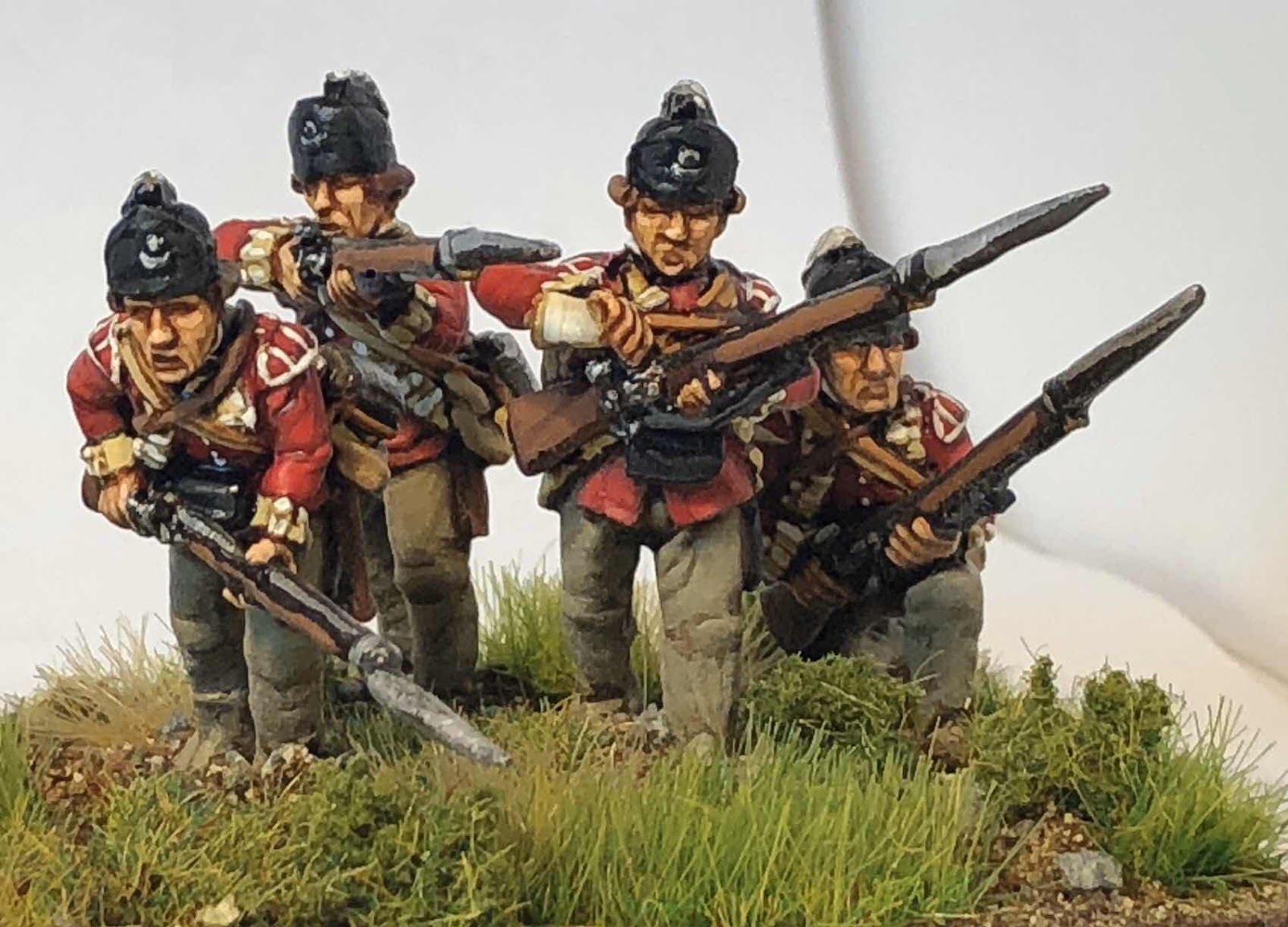 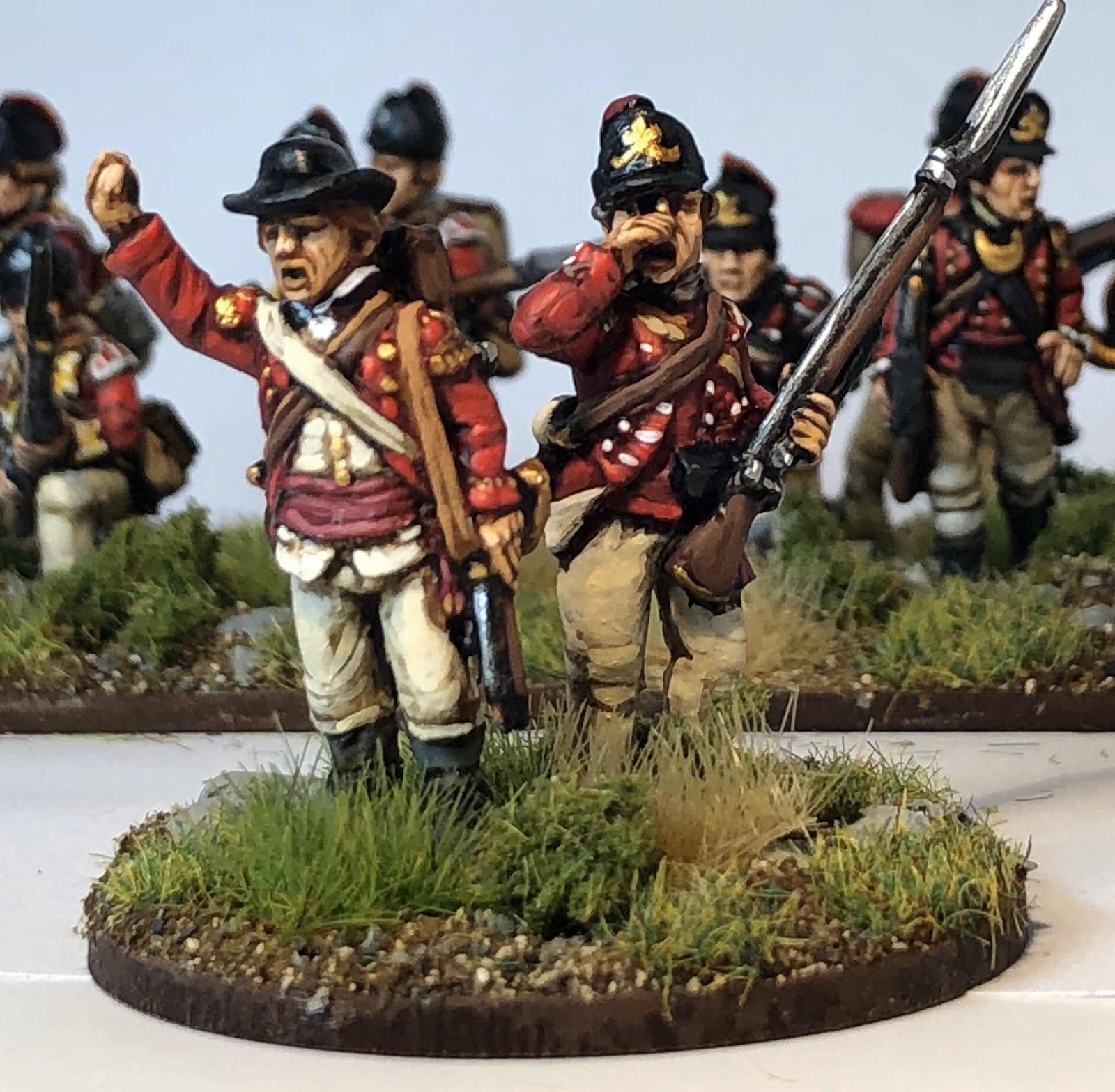 Those like very nice figures- animated and full of character. Great painting and basing.