To partner my British army for the Saratoga campaign, I am also painting suitable Continental regiments. It seems that few of any uniforms or hunting shirts were issued to northern regiments until late in 1777, so men would probably have worn civilian clothes or whatever had survived from the previous year. I have therefore painted units to reflect this.
The first unit was the 2nd New Hampshire. This was a bit of a recycling job as I first painted this unit, fully uniformed, back in 2001/2002. I kept a few of the figures, freshening up their paintwork, and supplemented them with figures in hunting shirts and more in civilian clothes in roughly equal proportions. The flag was a survivor from the original wargames unit and was freehand painted, so I was glad to keep it. The uniform is well documented and seems contemporary, although was probably only worn by a couple of companies in the regiment in mid-1777. The commander’s coat of green-faced-black is documented in contemporary accounts and I based my interpretation on a Don Troiani painting. This is a mix of Foundry and Perry figures. 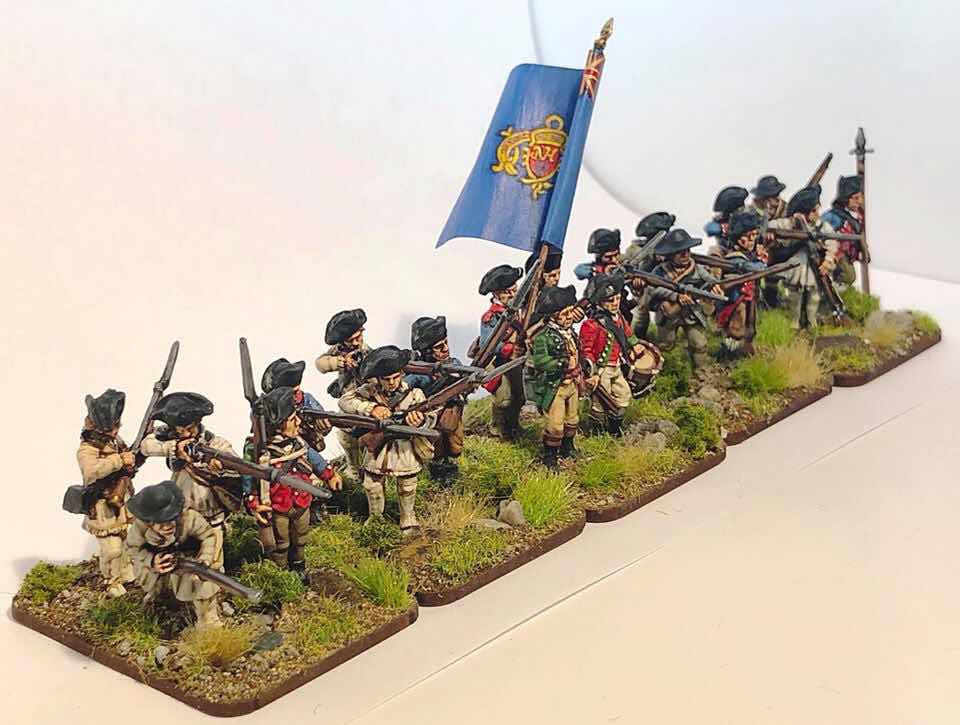 Next is Warner’s extra Continental Regiment, the successor to the “Green Mountain Boys”: 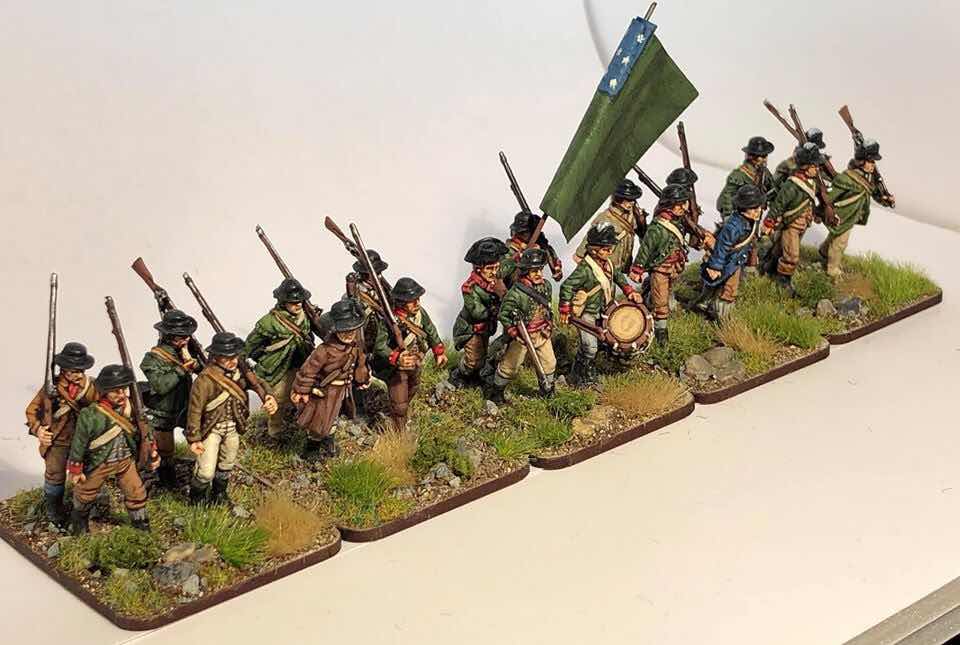 These are mostly Perry plastic Continental figures with a few Foundry metal figures from the recycling pile. Most are painted in the fairly well-documented uniform, but some are in civilian clothes - either Foundry minutemen or the uniformed plastics painted in plain colours. The flag in another freehand job.
Last for now is a Massachusetts Regiment using mostly plastic Continental figures and no hunting shirts, to give a subtly different look: 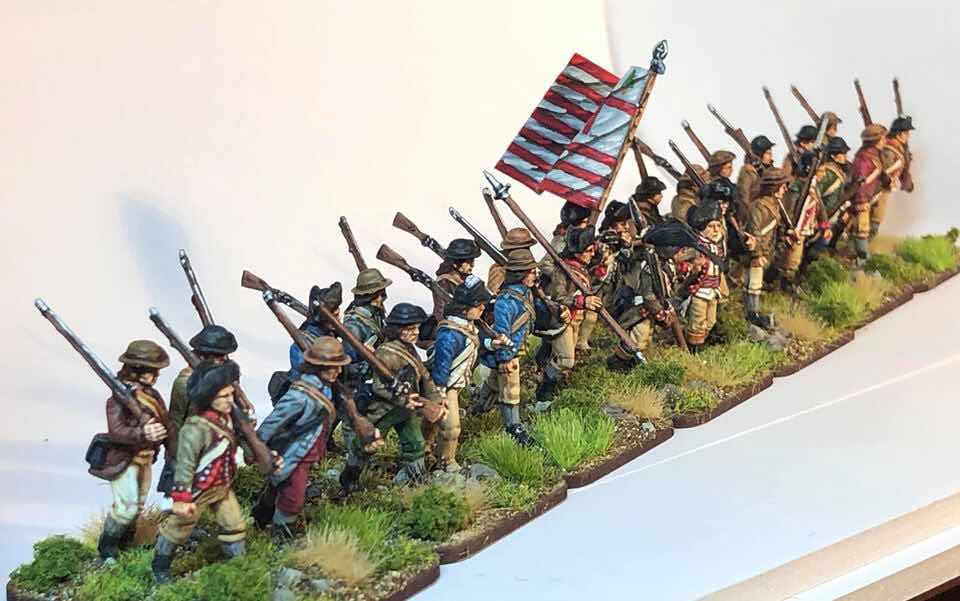 There are a couple of Foundry metal figures among the mix. Most figures are in civilian clothes, again a “paintbrush conversion” of uniformed plastic figures. Those in uniform feature a mix of 1776 Massachusetts uniforms.
The flag is hand painted and is my first attempt at painting texture onto the flag rather than simply highlighting after folding. Here it is before cutting out:

Not the easiest design for a first go, but once I worked out the technique it wasn’t too painful despite the stripes. I’ll probably do this for more Continental flags. It always feels like cheating when I buy the (excellent) ones from GMB.
That’s it for now. I’m currently finishing my British grenadiers and then the next unit will probably be some New York Continentals using figures from the recycling pile, again in a mix of uniforms and civilian clothes. For those on Facebook you can keep up to date on my paintingshed page there.
The aim now is to get everything ready to refight Freeman’s Farm at the Partizan show in Newark in May 2020. For this I’ll need more NY, NH and Massachusetts continentals. Warner’s won’t feature there but will be useful for Hubbardton and Bennington when I do those battles.
Posted by Steve at 09:29

Lovely work as ever Steve. Always a delight to keep up on your AWI project, or is it projects as you seem to create units for every battle.

Superb work.
That flag is the best I've seen.

Those and the British you posted on separately are stunning... do wish I could get to Partizan one year!

Breathtaking work on these. Love the 'on campaign' correctness. Puts my 1777 stuff to shame!