July 28, 2013
Another battle from "Scenarios for Wargames". This time the Poles have to mount a rearguard action then blow a bridge and escape with as many men as they can. Again I used a hybrid of lots of WW2 rules.
The Poles defended with two squads, one HMG, one ATR, one AT gun and two armoured cars.
The Germans attacked with four squads, two HMGs, one SdKfz 222 and two Pz38. Arrival was diced for and the armour would arrive from the east on turn 1 while all of the infantry would arrive from the west on turn 3 with the HMGs arriving on turn 6. 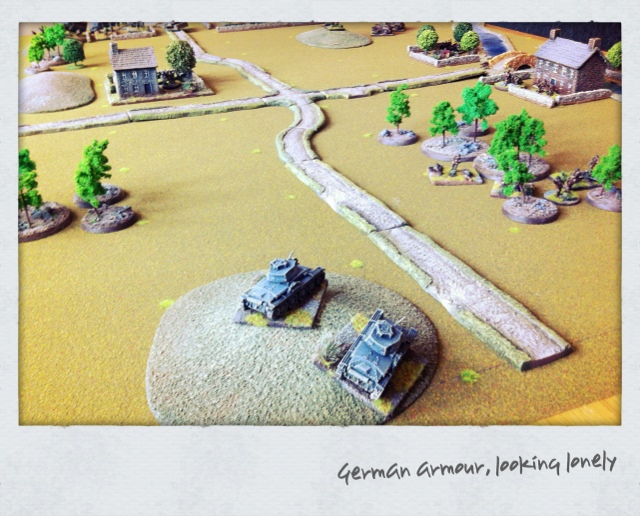 The unsupported armour found it tough going as it encountered woods defended by the ATR and HMG. Unable to manoeuvre past these a firefight ensued. The tanks put in enough fire to keep the Poles pinned for most of the battle and the flank remained fairly static until a Polish breakout in the last two turns. Despite abandoning the HMG the infantry were unable to cross the bridge before it blew! One of the Panzers was immobilised when it got overconfident and drove into the LOS of the Polish AT gun.
On the eastern flank the German infantry arrived and debussed within sight of the Poles but only suffering a few pins. 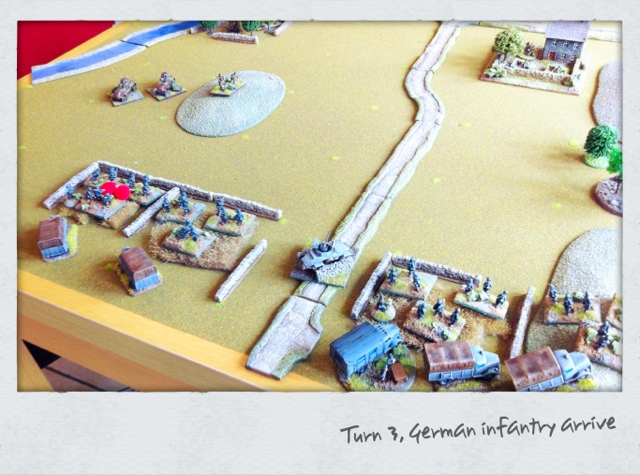 As the battle developed these squads leapfrogged each other making use of smoke and the supporting armoured car. The Polish resistance was effective, especially the two LMG teams in South Farm, but the need to blow the bridge meant they had to pull back. Running the gauntlet of German shooting they made it safely to west wood, then the river house and finally over the bridge to the northern bank. 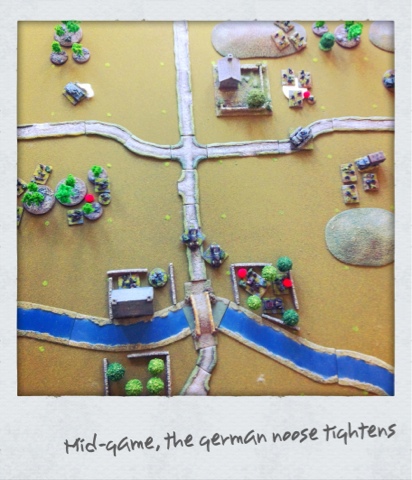 The Polish armoured cars formed a rearguard but one was lost to the 20mm gun of the SdKfz222. The German infantry ground forward, storming the orchard where the AT gun was emplaced and getting a clear and point-blank view of the bridge just as it blew... 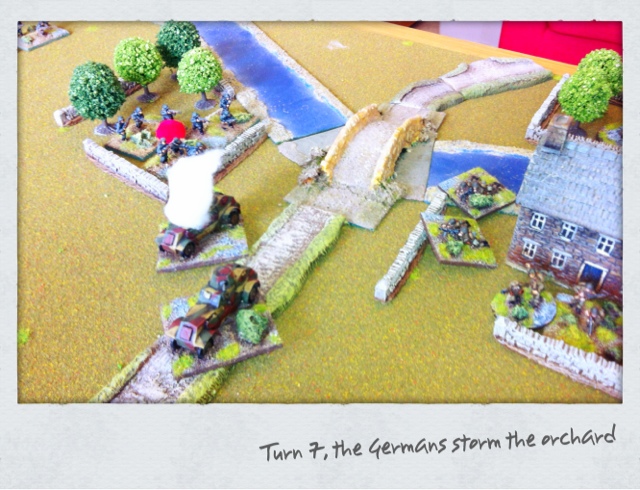 ...as the dust settled it was revealed that the bridge had only partially blown. One German squad attempted to storm across but was cut down by Polish infantry in the River House. Before another plan could be implemented there was a sound of groaning masonry and the remains of the bridge collapsed into the river. 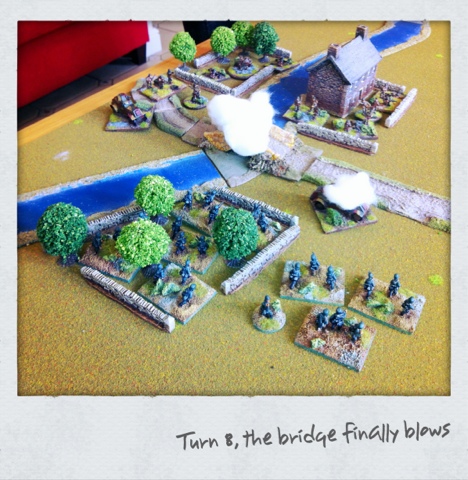 The remaining Poles south of the river (eight riflemen and the ATR operator surrendered. Polish survivors were a rifle team, both LMG teams, one armoured car and all three of their commanders. Losses had been heavy and this could be no more than an honourable draw.
This is a good scenario and the rules felt about right. Polish attempts to fall back were constantly frustrated by the pinning effects of all that German firepower. German casualties were quite light but this was because the Poles had no time to stand and fight, but from turn 4 or so they needed to concentrate on getting away and over the bridge.
WW2

Could I ask how you do the captions, please?

The pictures are done on my iPhone using Camera+, this has the facility to add borders and captions to the pictures, which can then be uploaded to Blogger. 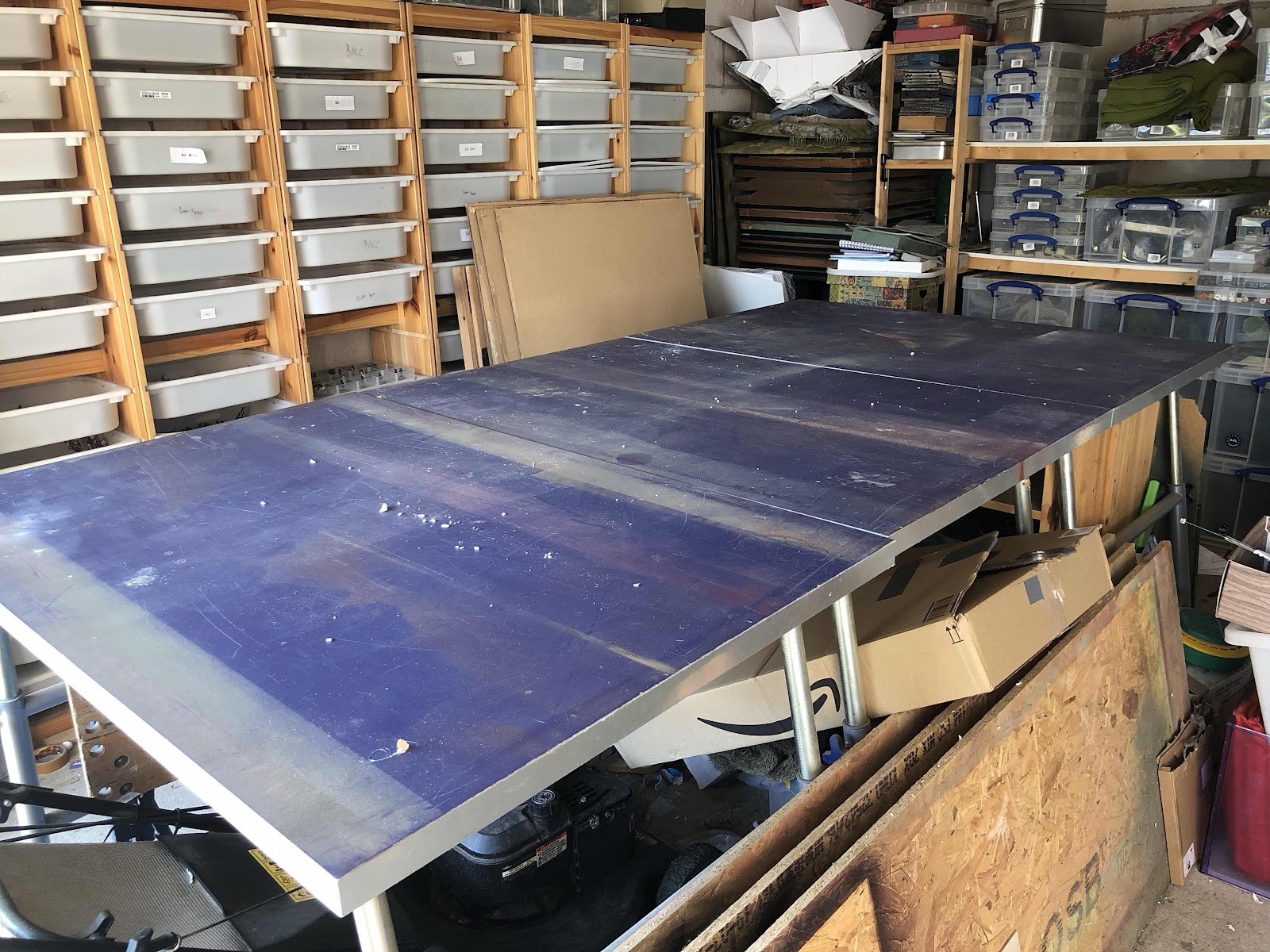 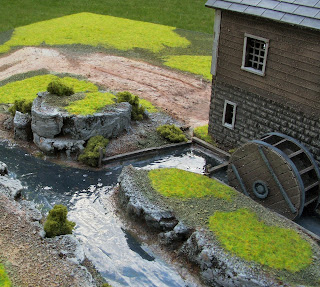